What makes a person seem creepy

Red nose, big grin, oversized footwear - in the USA the clowns are on the loose. But instead of entertaining children in the circus or at birthday parties with harmless jokes, some pranksters in clown costumes have been making a name for themselves for a few weeks mainly because they ambush people in the dark and sometimes frighten them in a macabre way. In Germany, too, there are more and more "horror clowns" on the road and ensure that when you see a big red nose, some feel more likely to run away than to laugh.

But even before the strange new trend from the USA, many people found clowns more creepy than entertaining. Even children apparently don't like clowns very much and sometimes feel uncomfortable looking at them, as scientists from the University of Sheffield discovered back in 2008. But how is it that something that is supposed to make us laugh triggers such ambivalent feelings in us? In general, what determines whether we find someone scary? And why?

We do not shudder in acute dangerous situations, but rather in moments when we are not entirely sure whether there really is a threat 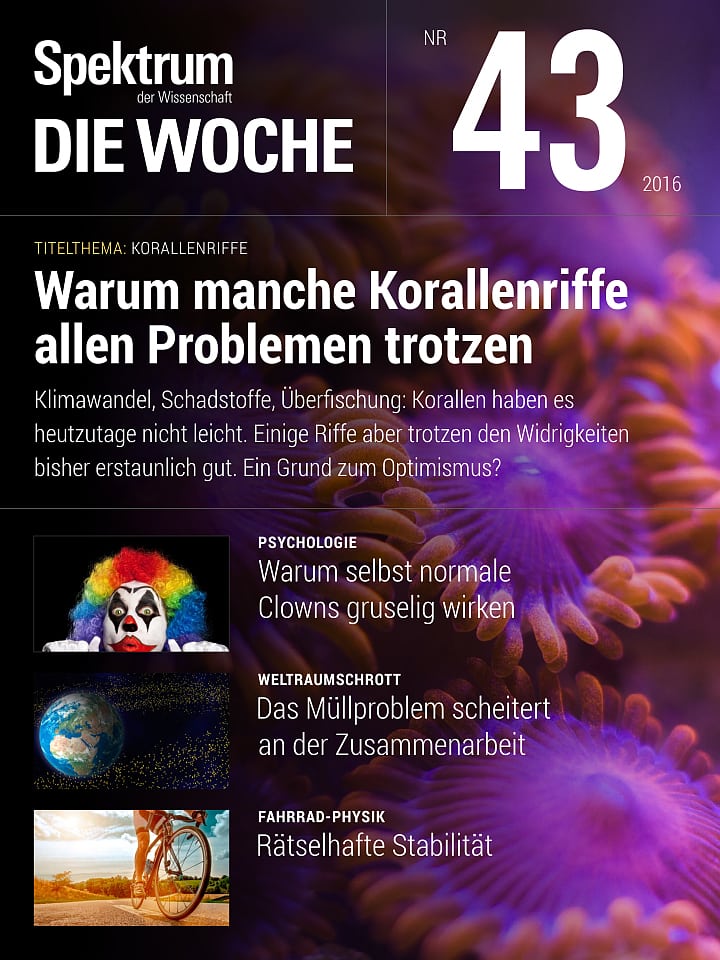 The feeling that we describe as shuddering is probably a weakened form of fear: we don't shudder in acute dangerous situations, in which a robber stands in front of us with a gun drawn and demands all our money (such situations are more likely to panic us ), but at moments when we are not entirely sure whether a threat really exists, believe the psychologists Francis McAndrew and Sara Koehnke of Knox College in Galesburg, Illinois. For example, when we walk through the deserted streets of a city at night and suddenly hear a rustling on our right in a dark alley. It could be a gangster trying to ambush us - or just a stray cat about to jump out of a bush. Since we do not know which of the two options applies, we feel uncomfortable and remain inwardly vigilant until we can see whether there is really danger ahead.

What do we shudder about the most?

In 2016, McAndrew and Koehnke wanted to find out, as part of their work "On the Nature of Creepiness", which characteristics are responsible for the fact that another person generally appears particularly creepy to us. To this end, they interviewed 1,341 test persons aged between 18 and 77 years on the Internet. According to the results of the online study, 95 percent of the participants thought more of a man than a woman when they saw a creepy figure. This applied equally to male and female respondents. Many test persons also classified people as "creepy" who ignore social rules, for example avoid eye contact, show no or particularly exuberant emotions, repeatedly focus the conversation on sex, ask about a suspicious number of details from their private life, observe us or out of the blue Want to photograph sky.

A person gave the participants goose bumps especially when they couldn't assess what they would do next - a point that, in addition to the exuberant display of emotions, certainly also applies to our heavily made-up solo entertainers with the red knobbly nose. This was also revealed in the second part of the study, in which McAndrew and Koehnke asked their subjects about creepy hobbies and professions. We find people who collect things like dolls, insects or bones, funeral directors, taxidermists, sex shop owners and: clowns above average scary!

Goosebumps are mainly caused by people whose behavior we cannot assess

A study by scientists working with Pontus Leander from the Dutch University of Groningen suggests that you can quickly become a scary guy if you don't adhere to the unspoken rules of non-verbal communication. The researchers provided their participants with a nice experimenter who was generally very friendly towards them during an experiment. In the case of some of the test subjects, she also subtly imitated their facial expressions and gestures, as most people do unconsciously when they are with a friend or another trusted person. In the other group, however, she completely renounced this imitation.