Is PVR better than others

Record a TV program with a USB stick or hard drive: that's how it works!

Today's own television is used more and more in a variety of ways. The famous keyword for this is Smart TV and describes end devices that enable internet access in addition to playback of the television program and have USB connections. According to a study, one in four households in Germany already had a smart TV in 2014.

Many smart TVs can record the TV program as standard and save it on a USB stick or hard drive. (And yes, there are actually still programs that are worth recording!) But the matter is a little more complicated than expected. This guide shows how USB recording works, what hurdles exist and what users should be aware of. 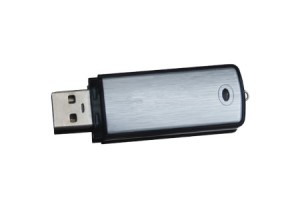 USB recording is rarely done using a USB stick. The reason lies in the rather low storage capacity. However, they can be used for short recordings.

Is my TV suitable for USB recording?

Before considering USB recording, you should first see whether your TV supports recording via USB. You can either look up the instruction manual or browse the TV menu. The function you are looking for is most likely called either PVR (Personal Video Recorder) or DVR (Digital Video Recorder). The presence of a USB port on the television is a good indication that USB recording is supported, but unfortunately not a sufficient condition.

On most televisions, the recording function is activated immediately as soon as a compatible hard drive or USB stick is connected to the USB port. If in doubt, just give it a try.

Note: In some cases, the manufacturer of the TV set may have deactivated the PVR function via firmware. In this case, activation via the firmware is entirely possible. A detailed explanation of this can be found using the example of Samsung TV sets at www.pcwelt.de. In doing so, however, care should be taken not to make any excessive changes, as this could endanger the guarantee.

Is every USB stick and every hard drive suitable for TV recording?

Basically yes. However, there are at least two problems in practice, especially with USB sticks: On the one hand, there is Storage capacity the sticks are often limited, so that the TV program can either only be recorded very briefly or in lower quality. On the other hand, this occurs more frequently with USB sticks Compatibility issues with the television on. A major reason for this is the sometimes very limited read and write speed with which USB sticks process the data compared to hard drives. If the speed is too slow, the TV recording will not work.

However, there are no special requirements for hard drives. Just be aware that the hard drive will be reformatted by the TV and all data previously stored on it will be lost. Select a model with sufficient storage space (> 200 GB) that you want to use exclusively for recording the TV program (see below).

Normally, 2.5 ″ hard drives are sufficiently supplied with power via the USB port. If this is not the case, power may have to be tapped from a second USB port via a Y-cable or a separate power supply unit must be used.

Record TV programs via USB: how does it work in practice?

If your TV supports USB recording, recording the TV program itself is very simple. All you have to do is do the following:

The great strength of USB hard drives, recorders and USB sticks is that they can usually be connected very easily. Simply plug the connection cable into the USB socket on the TV or receiver. The device is normally recognized automatically by the Smart TV.

Every device with a PVR or DVR function has a so-called program guide. The recording of the desired programs can be programmed in the menu. Once the programming has been completed, it will be carried out on the date of the broadcast.

The recorded TV programs can be found either in the main menu or in the special USB recording menu and can be played back.

My TV does not support USB recording. What can I do?

If your television itself does not offer the possibility of USB recording, you can still record the TV program using a so-called hard disk recorder. Hard disk recorders have developed significantly in recent years and now offer a whole range of functions that make life with USB recording easier. The recording process is not controlled by the television, but by the hard disk recorder. But what is really important here? Insightful information is available at https://www.vergleich.org/festplattenrecorder/. Accordingly, the following features must be taken into account when buying:

If you are interested in a USB hard drive recorder, you should therefore pay attention to various features when buying. Of course, there is also the question of the desired image quality. Today, however, more and more hard disk recorders are being offered at Blu-ray level, which often also allow recordings in 4k (4 times as high a resolution as with Full HD = Ultra HD).

What else is there to consider?

With regard to USB recording, there are also some aspects to consider that can sometimes lead to difficulties. For this reason, these are now explained in more detail:

If you want to use a USB hard drive or a USB stick to record the TV program via PVR, you can no longer use the device in question for any other purpose. The recording modules are formatted by the TV set and can normally only be used on the respective TV set. Often it is not even possible to use it in a structurally identical television. This is due to copy protection and is intended to prevent the unauthorized disclosure of corresponding records. If you want to use the USB stick or hard drive for other purposes, you can format it again on the PC. However, the saved data will be lost.

It is now also possible to receive various channels in HD + and thus benefit from particularly high picture quality. However, there are sometimes certain restrictions when it comes to recording the program in HD +. While the whole thing is not a big problem with the public TV broadcasters, some private broadcasters limit the recording by various measures. 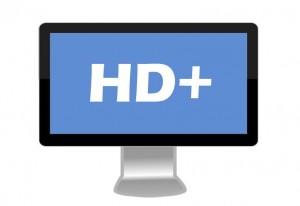 HD + recording is problematic due to broadcasters' restrictions.

The recordings can only be played back for a certain period of time after the recording or the fast-forward function is deactivated. Sometimes the broadcasters forbid the recording of certain TV formats altogether. Unfortunately, since this cannot be seen in advance, users can only find out by means of a test. In terms of user-friendliness, there is still room for improvement here.

One of the most important functions in USB recording is the twin tuner. Without such a tuner, it is not possible to watch another channel at the same time while recording a program. For this purpose, the tuner often has to be set up first. However, once this has been done, the television program can be enjoyed while recording.

Playback sources - what are the differences?

In contrast to hard disk recorders, most televisions can only record the TV program of the built-in digital TV receiver - i.e. digital television via satellite (DVB-S), cable (DVB-C) or antenna (DVB-T). Each playback source has certain peculiarities that can be important for the recording and are listed in the following table:

Playback sources and their peculiarities:

With a modern smart TV, recording TV programs via USB has become relatively easy and convenient: the picture quality is now worlds better than recordings in the days of the old VHS technology. In addition, it is (theoretically) easy to do by hand: A free hard drive is clamped to the USB port of the television, the digital program guide selected and off you go.

In reality, however, the recording procedure often appears more complicated and the pitfalls lie in the details, which is also due to the many legal hurdles posed by manufacturers and TV broadcasters. In the HD + area in particular, it can happen that some broadcasters refuse to record the relevant programs or attach their own conditions.

If in doubt, we recommend that you first test the recording function of your own television using a free USB stick or a temporarily unused USB hard drive. If all goes well, you can always invest in better hardware with more storage space.