Can fall something horizontally 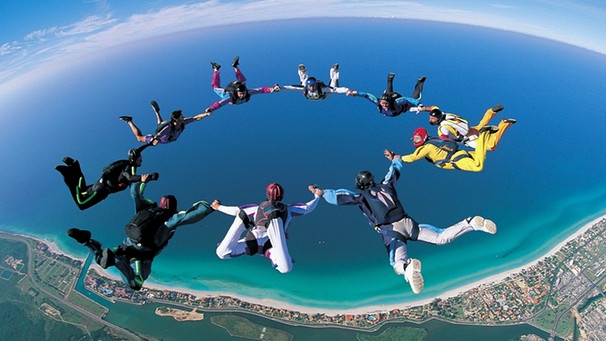 This program from Telekolleg-Physik deals with different fall movements: the Free fall, the Horizontal throw, the Throw up and the Leaning litter. Free fall is a movement with constant acceleration downwards; all other throws can be derived from this using the superposition method. The program is divided into the following sections:

A high diver from a 10 m board accelerates evenly before diving into the water, while parachutists in free fall move at a constant speed because of the strong air friction.

Other falling movements, such as the falling of a felled tree or the collapse of a blown house, lie between the two falls.

In contrast, experiments in space do not show any falling motion, and gravity is not felt there.

The physicist Galileo Galilei studied the laws of free fall at the Leaning Tower of Pisa.

He assumed that the speed would increase steadily, i.e. that the acceleration would be constant. Today we know for sure that deviations from this law are caused by air friction. A parachutist or a feather fall with large or small constant speed, because air friction creates an equal counterforce to gravity.

If, on the other hand, a spring and a steel ball fall in a vacuum tube, then the law of fall applies in its purest form: in a vacuum, all bodies fall at the same speed.

A drop tower was built in Bremen, which enables experiments with a 110 m drop height in a vacuum. 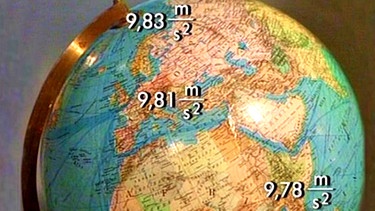 The acceleration due to gravity g is location-dependent

The acceleration of gravity G for free fall in a vacuum has a slightly different value in different places on earth. However, for rough calculations G ≈ 10 m / s2 be set.

A free fall in a vacuum is a special case of a movement with constant acceleration. 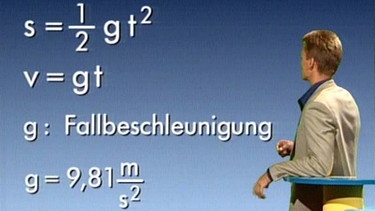 The quadratic relationship between distance and time can be impressively checked with an experiment: 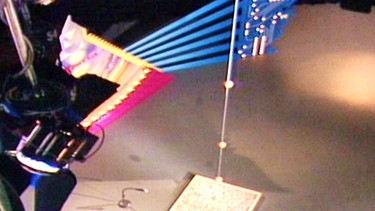 Balls at different heights are attached to a vertically hanging rope. If you let the rope with the balls fall, the balls hit the same time interval. 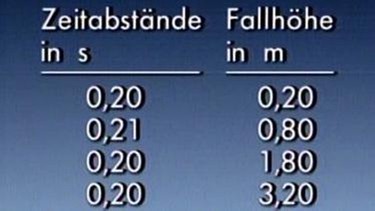 Data on the experiment with the drop cord - please click on the magnifying glass.

How did the other balls have to be hung when the bottom 20 cm was above the floor? Of course, according to the square law of distance: the second ball was located four times 20 cm equal to 80 cm, the third ball nine times 20 cm, i.e. 1.8 m, etc. 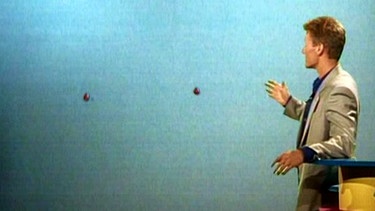 An experiment with two identical steel balls impressively demonstrates the independent superposition of the horizontal and vertical partial movements: A ball accelerates over an inclined plane and, after being deflected in the horizontal direction, begins a "horizontal throw". At the starting point, the first ball opens an electrical contact and an electromagnet drops a second ball from the same height. 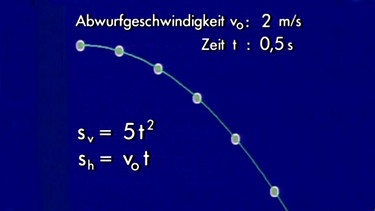 Laws of the horizontal throw

A check with a slow motion camera shows that both balls have fallen equally far down at all times. At the same time, the first ball also moves at a constant speed in the horizontal direction. 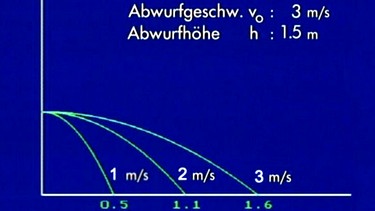 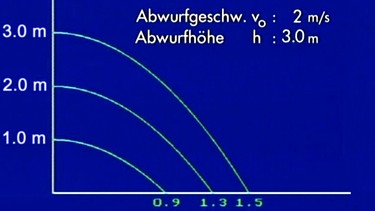 With a computer simulation, the jump speed v0and the drop height H vary and determine the effects on the throwing distance. 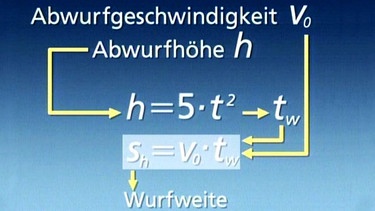 Algorithm for calculating the throwing distance

An algorithm was used to calculate the railway locations at different points in time, which can also be reproduced with a pocket calculator.

Nothing changes in the formulas for the partial movements if the direction of the throwing speed decreases above is judged. 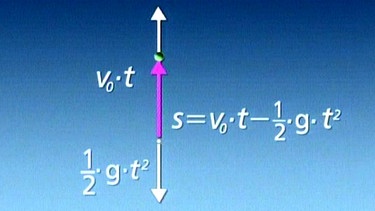 Way formula for the "throw up"

Condition for the turning point

The object slows down and at the turning point changes its direction of movement from upwards to downwards. This point in time becomes the rise time tcalled s, here the total speed is zero. 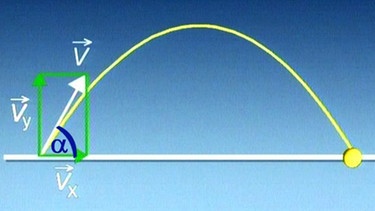 Decomposition of the initial speed into the horizontal and vertical components

The most difficult form of throw is the "crooked throw". This time is the drop speed vdirected at an angle α to the horizontal. This throw is also made up of two simpler partial movements that overlap independently. 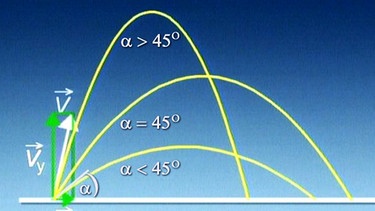 45 ° is the angle for the greatest throw

The vector v in a x- and a y-Component disassembled. In the horizontal x-Direction, the object moves at a constant speed vx. The movement along the vertical y-Direction is a throw upwards with starting speed vy. The throwing distance depends not only on the amount of the discharge speed, but also on the angle to the horizontal. The maximum width is obtained for α = 45 °.