How long can capacitors store energy

The capacitor - an energy storage device

Who does not know them, the automatic staircase lighting, the electronic egg timers, the flashing lights etc .. They all have something in common. You need a time-defining component. Among other things, capacitors can be used for this. These have the ability to store electricity and slowly release it again. So they work in a similar way to batteries that everyone probably knows. Only capacitors work with considerably less 'storage power'. 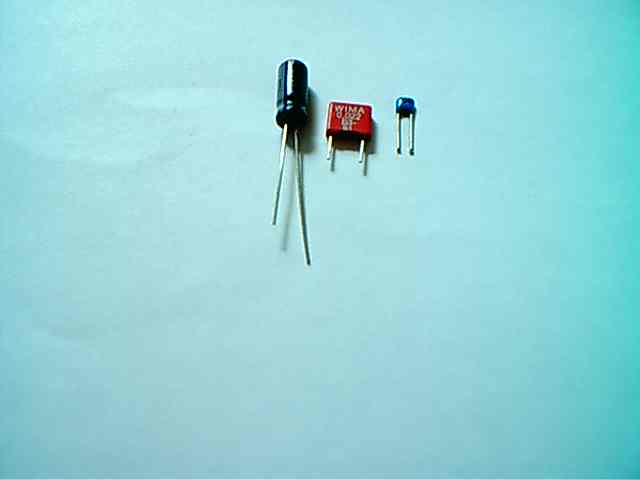 The simplest capacitor consists of 2 metal foils that are on top of each other. Both separated by an insulating layer, also called the dielectric. A voltage can now be applied to the metal foils. Due to the desire of the electrons to rebalance themselves, they remain present on the plates, that is, electricity is stored until a charge compensation is made possible with the help of a consumer.

How much electricity a capacitor can store is precisely defined. This is given in Farad (F). 1 Farad is reached when the capacitor can deliver a current of 1 A for 1 second at 1 V. In practice, however, capacities that are a millionth of 1 F are used. E.g. 100 µF. That means 100 millionths of a farad.

Charging and discharging a capacitor

Series and parallel connection of the capacitor