How is the waste disposed of in India 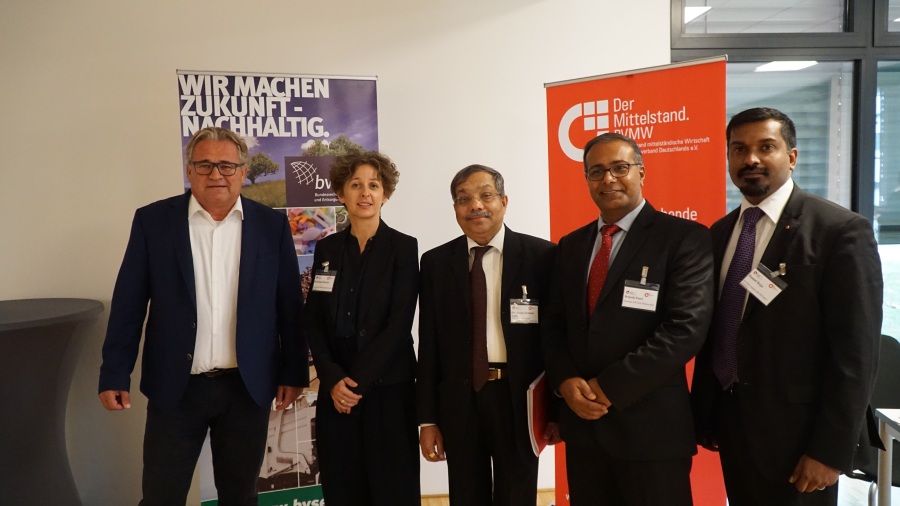 Interesting lectures, good discussions and the opportunity to set up a network on the Indian waste and recycling market awaited the participants on September 25 at the federal office of the bvse in Bonn. 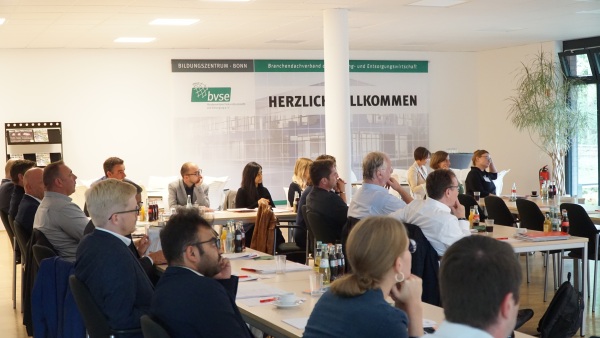 Interested audience in the bvse office in Bonn Photo: BVMWMore than 50 representatives from interested companies, associations and science came together for an information conference on the Indian waste and recycling market, which the Federal Association of Medium-Sized Enterprises (BVMW), on behalf of Federal Ministry for Economic Affairs and Energy at the Bonn bvse headquarters.

The information event is part of the environmental technology export initiative and was carried out as part of the BMWi market development program for SMEs. 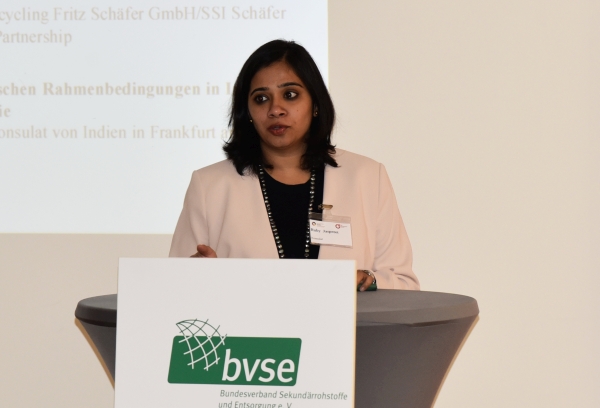 Consul Ruby Jaspreet Image: bvse Consul Ruby Jaspret came from the Indian consulate in Frankfurt and gave a lecture on the current economic and political framework in India and presented the key points of the government's Smart City strategy. 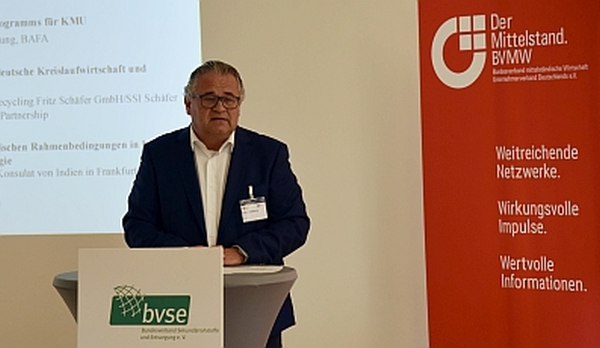 bvse General Manager Eric Rehbock Image: bvse This was also shown by the key data on the volume of waste and disposal structures that bvse General Manager Eric Rehbock used to get the participants in the mood for the conference after being welcomed by Dorothea Mertes, Head of International Markets of the German Association of Small and Medium-Sized Enterprises (BVMW).

The multi-ethnic state of India is one of the 10 largest countries in the world with an area of ​​3,287,500 km². The total population in India is around 1.4 billion people.

There are mainly estimates available for national waste collection volumes, landfill rates and recycling rates. However, these show that there is still a lot of room for improvement in the design of disposal and recycling routes.

While it is estimated that only 5 percent of the waste goes to material recycling and 2 percent to thermal treatment, the majority of the collected waste is landfilled. With high environmental and climate impacts and a corresponding risk potential for the population.

Although municipal waste collection structures exist in cities that are subject to charges, a large proportion of valuable waste and recyclable fractions are collected and sorted by the private and informal sectors. Waste and disposal structures are still in short supply in rural areas. 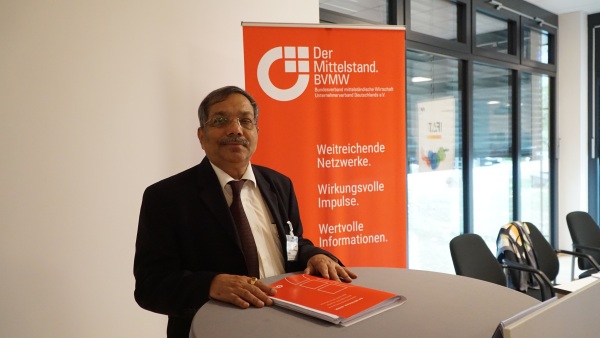 Dr. Amiya Kumar Sahu Image: BVMW In October 2014 Indian Prime Minister Narendra Modi started the “Swachh Bharat” campaign with the aim of improving the infrastructure as well as the environmental and disposal situation for the population.

In the 5-year program from 2014 to 2019 alone, 99 million euros should be invested in waste management, explained Brijesh Patel, Head of Working Group India of the German RETech Partnership, Berlin.

Among other things, the funds should be used to set up systematic structures for the disposal, reuse and recycling of solid municipal waste.

The founder and president of the National Solid Waste of India (NSWAI), Amiaya Kumar Sahu, explained that there are strong efforts to develop sustainable waste management in India. In order to set up and successfully implement such projects in a techno-economic manner, however, it is essential to develop your own data and information structures, says Sahu. 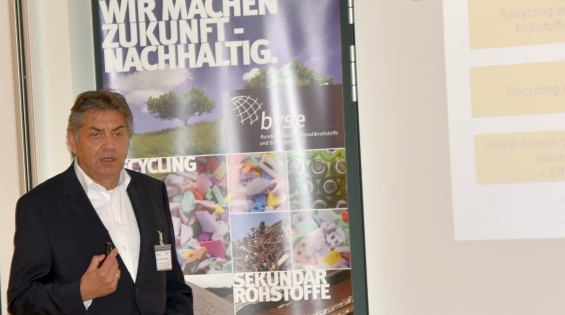 Dr. Armin Vogel Image: bvse Knowledge about the recycling of materials has the potential to become a success factor for the German waste management industry abroad, said Dr. Armin Vogel, CEO of the German RETech Partnership and CEO Waste Management & Recycling of SSI Schäfer, made it clear in his lecture.

The population in India is growing by 1 million people per month. The population growth and the economic development of the new markets create, not only in India, an enormous demand for resources.

In order to cover this sustainably, the (primary) resource consumption needs to be decoupled from the development of prosperity.

The establishment of stable disposal and recycling structures is essential to meet the increasing demand for raw materials, but also to protect the environment, emphasized Dr. Bird out. The slogan of waste management must be: Rest to Energy - not Waste to Energy, emphasized the expert. 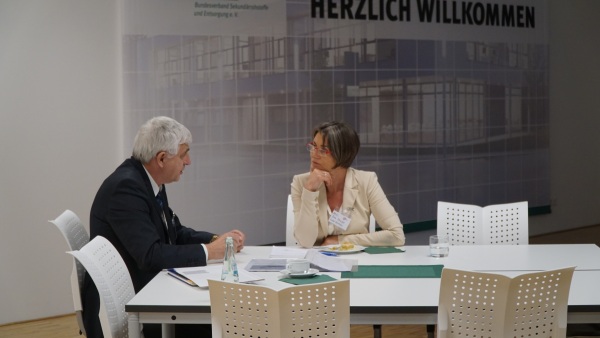 Interview with experts Photo: BVMW In addition to possible business opportunities, important information on financing and risk protection for investments in the growth market of India was also discussed.

Iris Winkler, specialist in advising on Indian investments at Indian German Business Group, PwC, discussed both tax structuring options and pitfalls to be avoided in investment projects on the Indian market. In addition, Eva Strupp (Euler Hermes) explained the basics and requirements for risk insurance and financing with export guarantees from the federal government.

Lively participation of the participants in the discussion rounds Photo: bvse

During the event, companies that have already gained experience in the Indian recycling and disposal market also had their say.

Business administration graduate Stephanie Gundlage, CFO / shareholder of econ industries services GmbH, reported on her company's experience of entering the Indian market, which she was able to gain in two successfully completed projects.

Companies interested in the market have to adapt to a complex tax system, long periods of clarification when coordinating with customers, not least due to language barriers, and, above all, keep a close eye on the project timeframe with regard to costs, according to the econ expert. 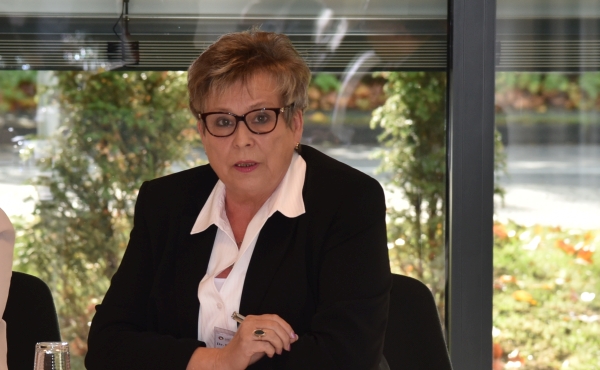 Dr. Evelyn Mros Image: bvse The information event on waste and recycling management in India as part of the market development program for SMEs (MEP) is just one of many module measures with which the Federal Ministry for Economic Affairs and Energy (BMWi) German companies when they enter international markets supported.

The range of project-related measures as a door opener for new markets was enhanced by Dr. Evelyn Mros (Market Development Office at the Federal Office of Economics and Export Control) clearly.

Support for technology transfer is also offered by the German contact point NDE Germany, which was established in the BMWi in 2016 as part of the UNFCCC technology mechanism.

Neeta Sharma and Dietram Oppelt from the NDE Germany team gave the participants an overview of the activities of the office in Germany, the climate network in India and the existing potential for German companies in Indian waste management, especially in the field of electronics - Scrap metal.