Why don't people act on what they say?

99 life wisdoms that will lead you to true greatness

Have you eaten today?

Yes, there is food for the soul. Namely: life wisdom.

These wisdoms are like bread for our inner being. They make your character grow and take you to a new level.

If you take these wisdoms seriously and implement them, then you will leave mediocrity behind and strive for true greatness.

I know many people who can memorize the lower wisdom of life in their sleep - but they don't live by it.

Such people have a "PhD" in fitness but are lazy, fat, and live on the couch. They are professors of wise words but do not act on their words. You talk about goals but do nothing for them. They are not living their dream, but their fear.

And that's exactly what I don't want for you.

I don't want you to just read the lower life wisdoms, nod twice, and then go on like you did before.

I wish for you that you change your life, that you grow and become successful.

Find the courage to act on these words.

Not tomorrow. Not later.

That is more valuable than any idea.

The best thing to do is to pick out a single piece of wisdom and put it into practice. When you've done that, you go on to a second one.

I do it the same way. One after the other.

99 life wisdoms that will change your life

(Caution: if you take this life wisdom seriously, you will never be the same again) 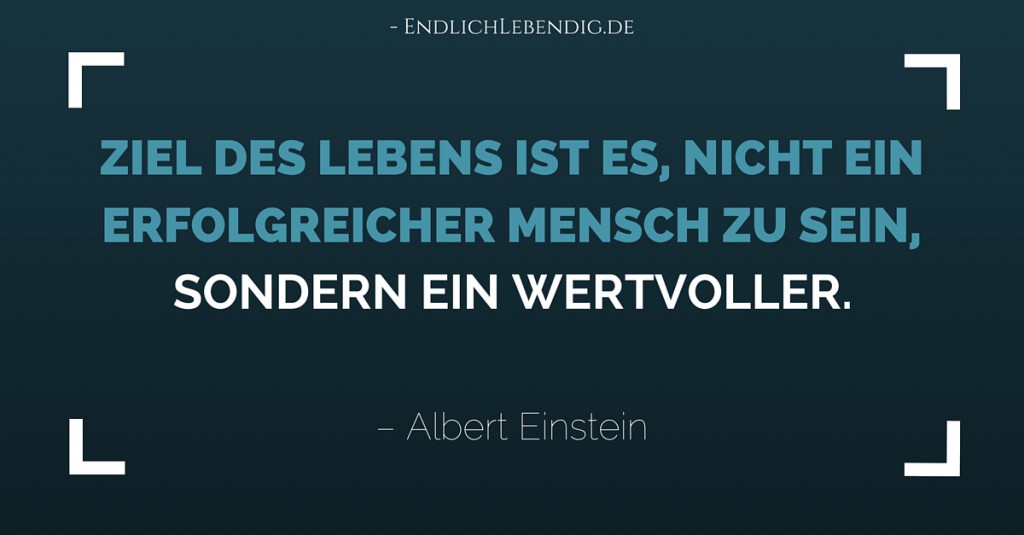 1) "Everything that the human mind can think up and believe, it can also achieve."

2) "The goal of life is not to be a successful person, but a valuable one."

3) “It is not the years of your life that count. What counts is life within these years. "

4) "If everything is against you, then remember: an airplane takes off because it flies against the wind, not with the wind."

5) “You will be disappointed if you fail. But you will be doomed if you don't even try. "

9) “You cannot use up creativity. The more you use it, the more of it you get.

10) “Either write something worth reading. Or live a life that is worth writing about. " 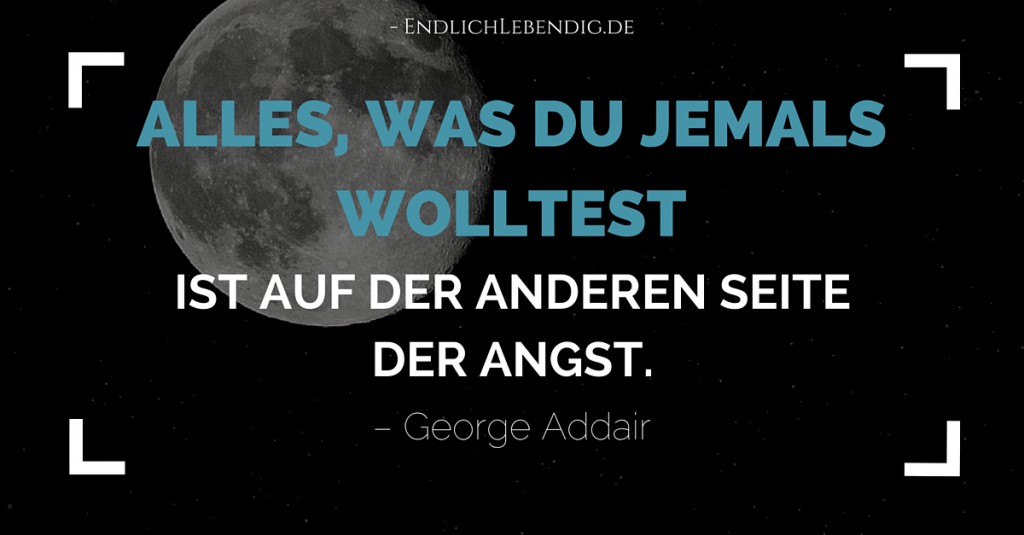 11) “There is only one way to avoid criticism: do nothing, say nothing, be nothing.

13) "When I will stand before God at the end of my life, then I hope that I have no talent left and can say: I have used everything you have given me."

15) "Everything you ever wanted is on the other side of fear." 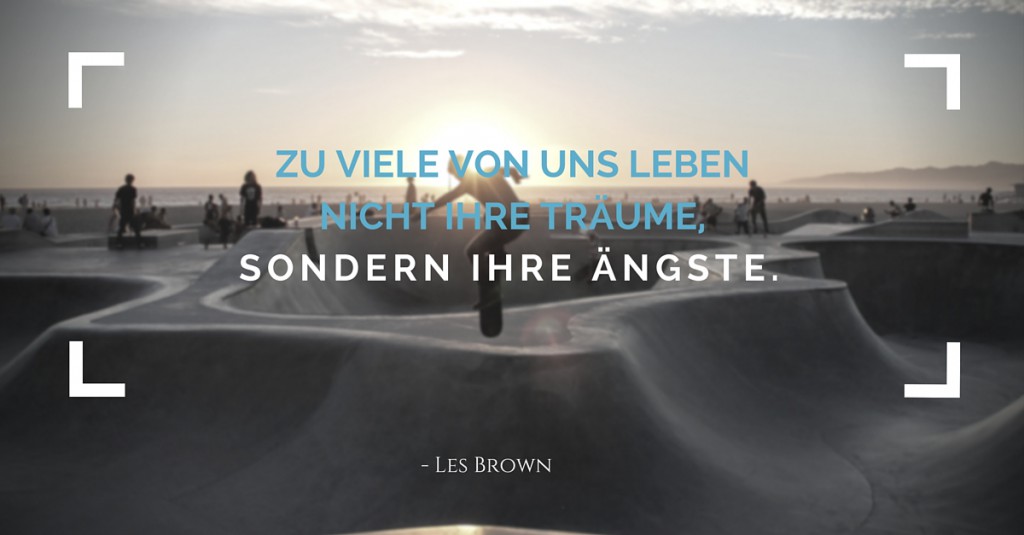 21) "I would rather die out of passion than out of boredom."

22) "A truly rich man is one whose children run into his arms, even when his hands are empty."

23) "If you want to have good children, invest twice as much time in them and only half as much money."

24) "Work on your dreams - otherwise someone will hire you to work on their dreams."

27) “Two paths divide in the forest. I took the little-traveled one - and that made the difference. "

29) “I missed more than 9000 throws. I lost almost 300 games. 26 times I was entrusted with the decisive throw and I missed it. I kept making mistakes. And that's why I'm successful. "

30) "Life is not about getting and having, but about giving and being." 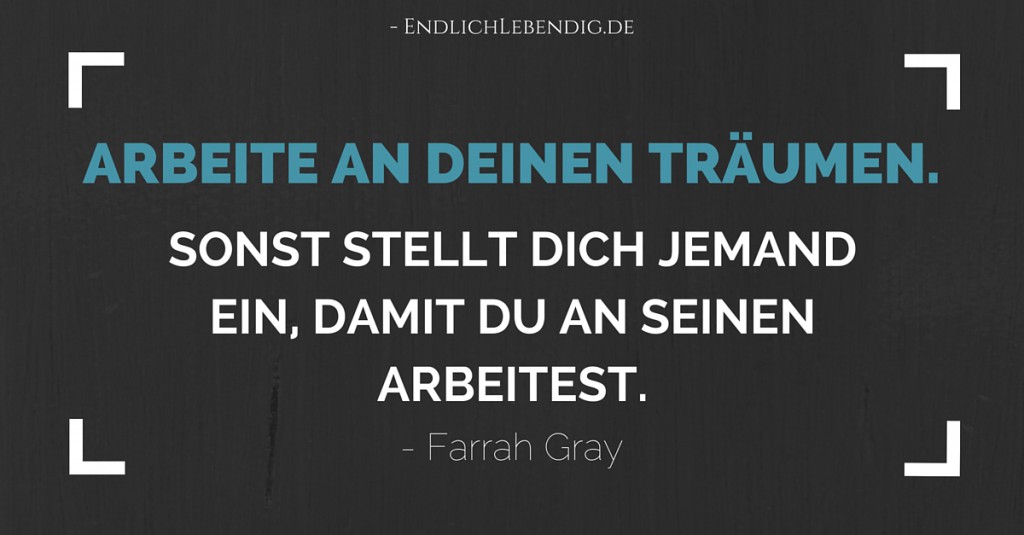 34) “Every child is an artist. The difficulty lies in remaining an artist when it grows up. "

35) “People say that motivation is not permanent. But neither does bathing. That's why we recommend it every day. "

37) “I can't change the direction of the wind. But I can adjust my sails to always achieve my goal. "

38) "Believe and you've already made it halfway."

39) "Other people's opinions of you must not become your reality." 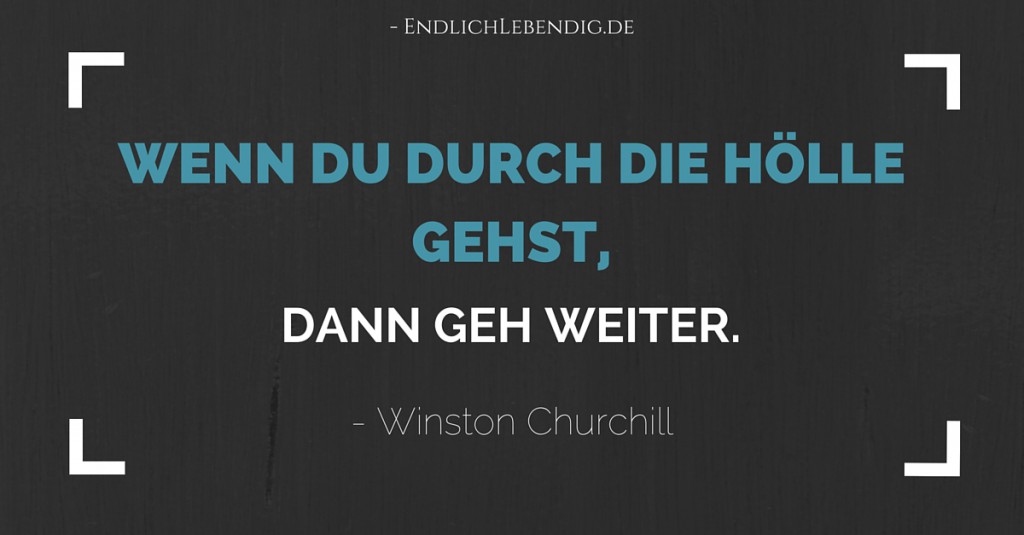 41) "In our darkest hours we must strive to see the light."

46) "Be yourself. Everyone else already exists."

49) "Everything I have learned about life can be summed up in three words: It goes on."

50) "If you always tell the truth, you don't have to remember anything." 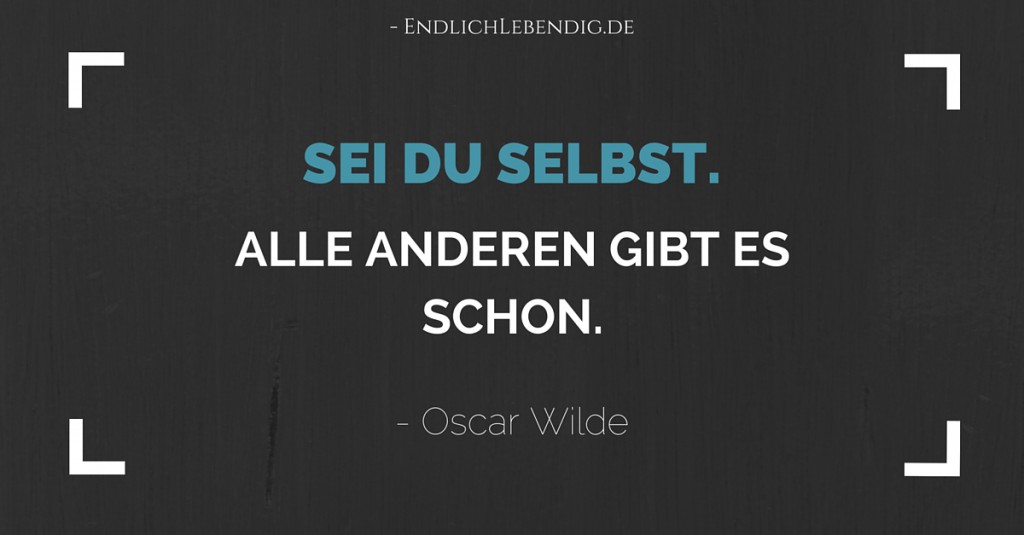 51) “Always forgive your enemies. Nothing annoys you anymore. "

54) “There are only two ways to live a life. You can live like nothing is a miracle. Or you live as if everything were a miracle. "

55) "Life: That is what happens while you are busy making other plans."

56) "Yesterday is history, tomorrow is a mystery and today is a gift from God."

58) "Imagination is more important than knowledge, because knowledge is limited." 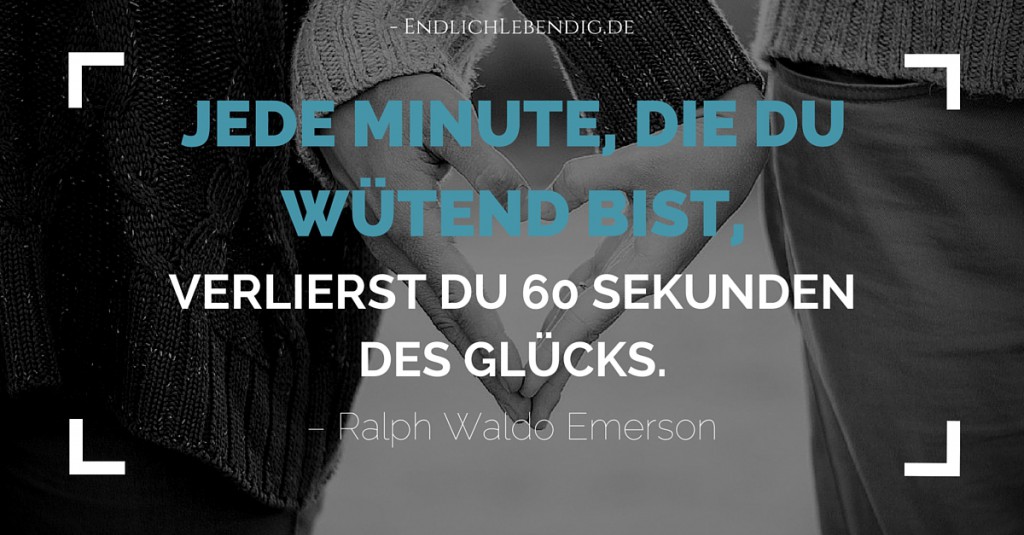 62) "Every minute you are angry, you lose 60 seconds of happiness."

63) "Logic takes you from A to Z. Imagination takes you everywhere."

65) “Success is not the key to happiness. Happiness is the key to success. If you love what you do, then you will be successful. "

66) “Do something wonderful. The others could imitate you. "

70) "The quickest way to double your money is to fold it up and put it back in your wallet."

71) "Even if you are on the right track, if you just sit there you will be overtaken."

75) "The real opportunity for success is not in the job, but in the person."

80) “Success is not final, failure is not fatal. What counts is the courage to keep going. " 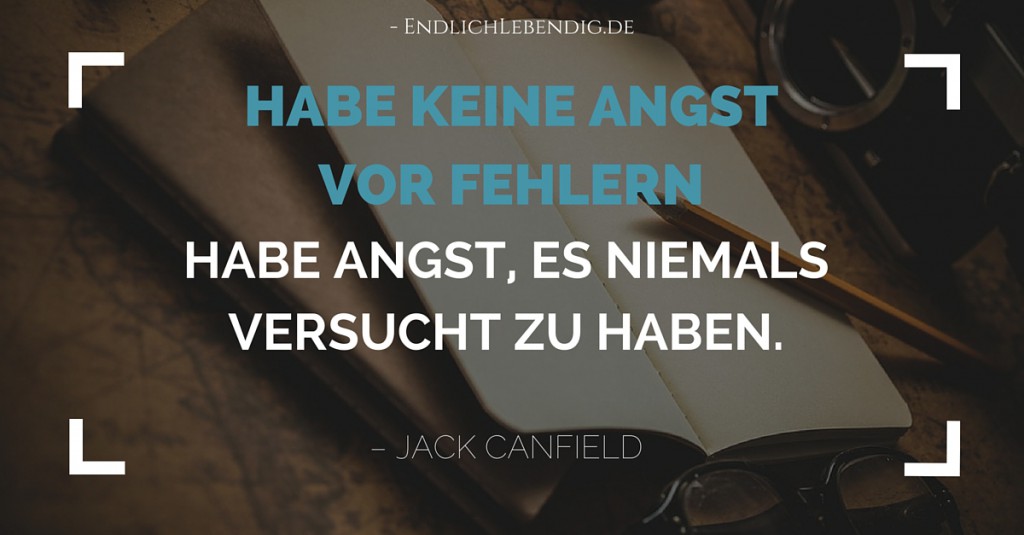 83) “You have enemies? Very good. That means you stood up for something in your life once. "

84) “No one can go back and make a fresh start. But everyone can start now and make a new ending. "

86) “People see things and ask themselves: Why? I dream of things that were still there and ask myself: Why not? " 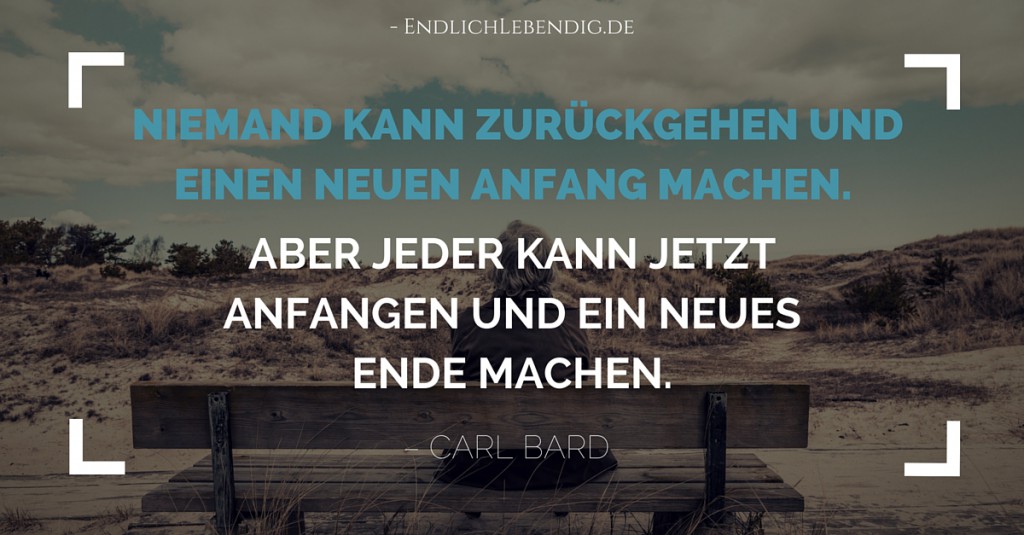 91) “The only way to do great work is to love what you do. If you haven't found it yet, keep searching - don't be satisfied beforehand. "

92) "To be successful, your desire for success must be greater than the fear of failure."

94) "Life is either a daring adventure or life is nothing."

99) "Success: stumbling from mistake to mistake without losing enthusiasm."

Surely your soul is bloated like a hot air balloon by now.

Now it's up to you: What do you do with this wisdom? Do you just forget them again? Or are you really going to change something about yourself?

I can only advise you one thing: act now.

Pick a wisdom and put it into practice.

You only live once. Make the best of it.

Walter Epp is a blogger, author and father of 3 children. He lives an intense, lively and fulfilling life. On his blog, he helps others to do the same.
<?