In order to answer this question, you first have to be clear from which side you want to illuminate the term truffle and thus define it. Truffles are an exciting topic to have numerous facets and a very long history.
When you conduct a survey on truffles, most people associate it with you in the first place rare, culinary high quality and expensive noble mushroom with a special smell and intense aroma. 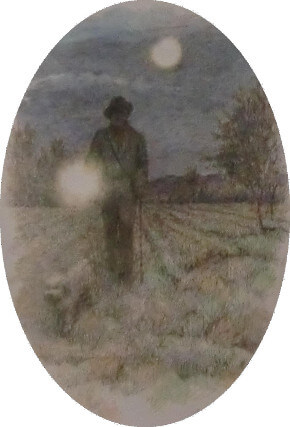 Others also associate something with truffles Mystical and puzzlingwhich has to do with the fact that the fungus grows underground and thus reflects something inaccessible. There are also some mysterious legends in this context. Hardly any other delicacy has so stimulated the imagination in poets, philosophers and gourmet circles since ancient times as the truffle. For centuries there have been rumors about a potency and libido-increasing effect. The Greeks and Romans already believed in the healing and aphrodisiac powers of the love bulb, and in the 18th century the truffle was a coveted treat as a symbol of youth and fertility at European royal courts. While the ancient Greeks believed that lightning and thunder produced the truffles, even today in Italy it is read from children's books that the tubers only grow at night in the moonlight. In fact, the truffle hunters go into the forest with a torch at dusk at the earliest.
Not least or precisely because of all these unique and magical properties, the noble tubers end up on the to this day Dinner plate for the rich and gourmets. Today's gourmets pay dizzying prices of a few thousand euros per kilo for enjoyment. First and foremost is the white alba truffle (Tuber magnatum), closely followed by the black Périgord truffle (Tuber melanosporum). Also for the burgundy or autumn truffles (Uncinate tuberosity), the summer truffle (Tuber aestivum), the winter truffle (Tuber brumale), the large spore truffle (Tuber macrosporum) or the spring truffle (Tuber borchii) many truffle lovers dig deep into their pockets.
For some, the thought of truffles awakens the feeling of being on holiday, as they are a part of the mushroom Mediterranean flair link. After all, the most expensive truffles come from the Mediterranean countries such as Italy, France, Spain or Istria.
What most people don't know, however: There are also truffles in Germany! Even among many mushroom friends and even experts, the belief in a Germany with few truffles is still widespread. This misconception comes primarily from the specialist literature. Truffle of the genus Tuber have been on the red list since 1986 as "extinct", "missing", "threatened with extinction" or "endangered". And even better: what amazes almost everyone is the fact that Germany until the beginning of the 20th century even Truffle export nation was !!! It is quite a legitimate question how it came about that this knowledge was lost and that Germany now imports truffles from abroad for millions of euros? Read about this under truffle history: "Germany, the forgotten truffle country."