How strong were our Palaeolithic ancestors

High meat consumption lowers life expectancy: statistically, this already applies to two sausage rolls per day. How can it be that the feast of our ancestors makes us sick today? About the process of civilization and the evolutionary roots of nutrition. # 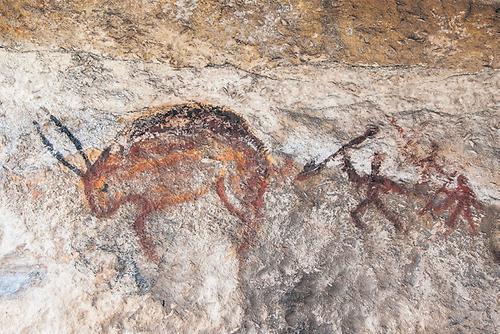 Culture of hunting. The Paleolithic diet was heavily focused on meat. Hunting therefore had a cultic status. The oldest known human ancestor in Europe ate plants, as reported by Spanish researchers.
Photo: Shutterstock

Grasses and pollen as leftovers in the tartar of a prehistoric man - this find in Atapuerca, Spain recently caused a sensation because it resembles a time capsule: it allows conclusions to be drawn about the prehistoric menu 1.2 million years before our time. The researchers therefore conclude that the oldest known human ancestor in Europe ate a plant-based diet. In any case, he was not familiar with the enjoyment of grilled food. Perhaps, however, he was already using a toothpick, because even the tiniest splinters of wood were discovered in the remains of the tooth. The prehistoric menu was of course very different from region to region.

Taking the diet of our ancestors in the Paleolithic (Paleolithic) as a model is one of the trends in the jungle of current nutritional philosophies. A cauliflower porridge for breakfast, a colorful vegetable plate for lunch, a few nuts in between and zucchini noodles with Bolognese sauce for dinner: this is what the “paleo diet” could look like, for example. In general, this means: no milk and grain products, no sugar and no industrially processed foods. Instead, fish, meat, eggs and vegetables are on the menu.

The world of hunters and gatherers #

"The diet of our ancestors in the Paleolithic was heavily geared towards meat, and from 28,000 BC onwards, more and more fish were also found," says the archaeologist Sandra Umgeher-Mayer, who has specialized in the subject of nutrition in the context of prehistory and early history. “Of course, plants, berries, mushrooms, eggs were also eaten, maybe even insects.” The Paleolithic is dated between 2.5 million and 8000 years before Christ. Finds from this period show that our ancestors were hunters and gatherers who already made tools out of wood and stone.

From around 8000 BC, people settled down, domesticated animals for the first time and began to cultivate grain: This is the beginning of the Neolithic (Neolithic); According to Umgeher-Mayer, an important turning point in the history of food intake: “People's diet has changed dramatically from the Old Stone Age to the New Stone Age. In the past, people lived flexibly; they could only eat what was present in their environment ”, says the prehistoric scientist. “From the Neolithic the staple food was grain, there were stews and bread. The hunt has moved more into the background. "

In the Neolithic Age, with the cultivation of grain, dental diseases such as tooth decay also appeared. According to Umgeher-Mayer, these are due to the changed diet, as the starch in the grain attacks the teeth and gums. However, evolution makes it possible for the human body to adapt to changes in lifestyle. This can take hundreds of thousands of years. Sometimes, however, it is also faster, as the human biologist Sylvia Kirchengast explains: “One example is lactose intolerance, because it spreads differently around the world and is probably the original condition of our digestion. Our ancestors only ate milk while breastfeeding until the Neolithic Age. With the domestication of animals, it was then advantageous to be able to consume milk later in life. Today it is the case that many people tolerate dairy products well - our bodies have adapted to this within a few thousand years. ”The scientists assume that humans have always eaten meat and tolerated it well. “The relatively short human intestine indicates an omnivore. If humans were pure herbivores, the intestines would have to be significantly longer, ”says Kirchengast. If you orientate yourself - as the "Paleo diet" suggests - to the Paleolithic Age, meat should actually become a staple food. 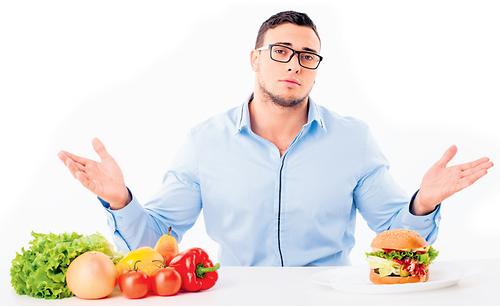 How much meat? A maximum of two servings of fresh red meat such as beef, pork or lamb should be eaten per week; Processed meat products such as sausage and ham no more than once, according to the Öst. Akad. Institute for Nutritional Medicine.
Photo: Shutterstock

According to a recent study by the Medical University of Karolinska in Stockholm, this is not advisable. This says that a high consumption of meat reduces life expectancy, regardless of how many health-promoting foods such as fruit and vegetables are consumed. For the study, the effects of meat consumption on life expectancy were examined over a period of 16 years in more than 74,000 people of different ages. The death rate in the group with the highest meat consumption was 21 percent higher than in the group with the lowest consumption. Heart health in particular is endangered by a lot of meat. The Austrian Academic Institute for Nutritional Medicine (ÖAIE) warns: Generally speaking, Austrians, at 65 kilograms per capita per year, consume too much meat on average. “Today it has become common practice that most people eat meat almost every day. High meat consumption is associated with a number of health problems and earlier leads to diseases that also have fatal consequences, ”says Kurt Widhalm, Professor of Nutritional Medicine and President of the OeAIE. “A maximum of two servings of fresh red meat such as beef, pork or lamb should be eaten per week. Processed meat products such as sausage and ham should - if at all - only be consumed once a week, and even that only to a small extent of a maximum of 50 grams. "

The burden of the diseases of civilization #

How can it be that the staple food of our ancestors now makes us sick from time to time? Sylvia Kirchengast knows several explanations: "The meat we eat today has very little to do with the meat of our ancestors," says the human biologist. “Today's meat is more or less industrially produced and comes from animals that are all too domesticated. The meat in the Paleolithic, on the other hand, came from mostly very active animals that were extremely low in fat. We are not adapted to the fact that we eat so much high-fat food and, in particular, that we consume very fatty meat. ”The biologist also sees problems in the fact that people don't get enough exercise these days. This resulted in diseases of civilization such as obesity or type 2 diabetes mellitus.

Conversely, people can eat meat-free without hesitation, as ÖAIE President Widhalm explains: “Most vegetarians live very healthy, although the risk of malnutrition and micronutrient deficiencies is greater than in the group of meat eaters. Conversely, the risk of overeating in the meat group is significantly higher than with the vegetarians. “Only as a vegan you have to adhere to dietary analyzes in order to avoid undersupply in the micronutrient area, according to the advice of the ÖAIE. Otherwise, vegans run the risk of being affected by a deficiency in iron and vitamin B12.

The biologist Kirchengast believes the idea of ​​the “paleo diet”, i.e. a complete conversion to the Paleolithic diet, is not feasible for large parts of the population: “If the whole of Vienna's surroundings now go to the Vienna Woods to collect berries and Chasing squirrels is probably beyond their capacity. It certainly makes sense to remember our evolutionary roots. But it is really not necessary to completely do without cereals and dairy products. "