Do you have personal examples of synesthesia

Synesthesia: How it inspires intelligence and creativity

Anyone who has the ability to synesthesia has a special perception. What tone does the color blue emit? How does a certain word taste? Such seemingly pointless questions can be answered by synaesthetes. These people can combine several sensory modalities. How the phenomenon manifests itself, what are its causes and what it has to do with intelligence ... 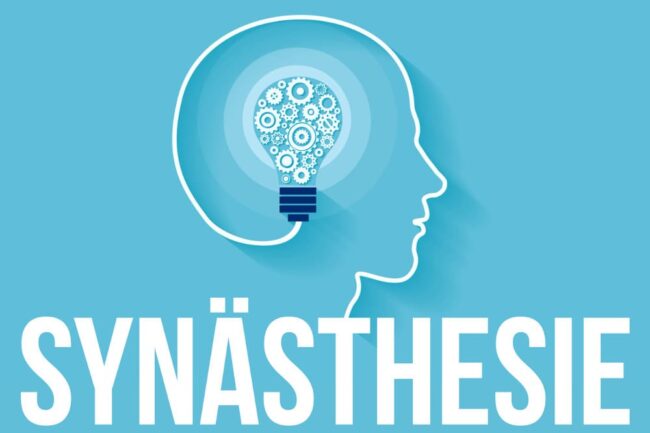 Smell, taste, hear, see, feel - almost everyone has the classic five senses. Usually they work separately from each other. That said, when you see a blue flower, you don't automatically associate the color with a tone or taste. But that is exactly what happens with synesthesia. In around four percent of humanity, one sensory perception always creates another. The term synesthesia comes from the Greek and is derived from syn (= together) and aisthesis (= sensation). Synaesthetes perceive two sensory impressions at the same time.

And this neurological phenomenon can even be proven: the magnetic resonance tomograph clearly shows the activated brain regions in color and shows, for example, an activated hearing and taste center at the same time. The double sensory impression can be evoked by a certain stimulus. There are also various triggers, such as thoughts or ideas, that cause the phenomenon.

Where does the phenomenon come from?

Research disagrees as to what causes synesthesia. There is a lot to suggest that there is a mixture of different causes. Heredity, experience and chance seem to play a role. The former is supported by the fact that there are several synaesthetes in some families. The fact that experience is definitely a reason for this can be explained in cases in which synesthesia is triggered by learned knowledge such as letters or days of the month.

Another hypothesis states that in synaesthetes there is a particularly strong exchange (so-called hyperconnectivity) between brain regions that are usually not connected to one another. This is possible with closely spaced areas that are intertwined by nerve fibers. This is supported by the fact that synesthesia between areas that are further away is observed much less frequently. The region of the brain that is responsible for color perception lies next to the one that recognizes letters and numbers. For researchers, it is therefore obvious that these two regions are more closely intertwined.

Synesthesia is not a disease in this respect one cannot speak of symptoms either. However, those affected can acquire them through an illness. There are known cases in which people suffered from sensory impairment as a result of illness or an accident. Then these people suddenly developed synesthesia. For example Derek Amato, who has perceived sounds as squares after a concussion. And although he could not play the piano before his accident, he implements the said notes and squares as compositions on the piano. It is one of the rare cases of giftedness, more precisely: island talent. That is, one area - in the case of the musical - is extremely pronounced.

There are numerous forms of synesthesia that don't just seem like that. Triggers can be music, language or sensory stimuli such as tastes, smells and sensations (for example pain or temperature). According to the American neurologist Richard E. Cytowic, there are more than 150 different types. Well-known examples are:

Grapheme-color synesthesia
This type of synesthesia is one of the most common and best studied so far. Numbers or letters (graphemes) are assigned certain colors.

Colored hearing
The synesthetic visualizes tones in color or shape, a synesthetic characterizes a tone as blue or oval.

Ticker-tape synesthesia
The perception, also known as the ticker-tape experience, expresses itself in that those affected provide spoken and heard words internally with a “subtitle” - just like a “news ticker”. This phenomenon occurs in no less than seven percent of the population.

Sensory synesthesia
In this form, the synaesthetic connects feelings with colors or shapes.

Person-color synesthesia
Some synaesthetes assign a characteristic color or number to other people. Your synesthesia can also be triggered by names.

Ordinal Linguistic Personification (OLP)
Here synesthetes associate ordinal numbers, days of the week or letters with a personality or a gender.

Lexical-gustatory synesthesia
In this case, words or names have a particular taste, texture, and possibly different temperature. This perception can be found in just 0.2 percent of all synaesthetes, i.e. very rarely.

Characteristics and properties of synaesthetic sensations

People with synaesthetic sensations feel similar to those with ADHD and high sensitivity: For some, it is a daily challenge to process many sensory impressions that appear at the same time. Often it is even the case that those affected need years to admit to themselves that they perceive the world synaesthetically. Be it that they are surprised to find that not everyone perceives things that way. Or that they are ashamed and fear exclusion. Because synesthesia cannot be controlled, it simply arises.

If you ask synesthetes, if they can remember a time when the perception was different, they deny it. A scientific theory therefore says that all people may be born with synesthesia, but that this ability is lost in the majority in the course of the growth process. It is known that the brains of newborns are linked to one another differently than that of adults. Only later do the regions specialize in certain sensory impressions. However, synesthetes also benefit from this neurological ability. According to this, you are mainly characterized by these properties:

In view of these abilities, it is hardly surprising that there are many synaesthetes, especially among artists and creative people, including illustrious personalities such as Wassily Kandinsky, Jimi Hendrix or Vladimir Nabokov.

Can synesthesia be learned?

Even if the ability to perceive different sensory impressions at the same time is partly related to experience: Many researchers are of the opinion that synesthesia cannot simply be learned. What many do not know: Synesthesia should not be confused with associations. Of course, each letter can be assigned certain colors.

The speed at which this happens depends on whether someone really feels synaesthetically or simply associates. For example, the Zurich neuroscientist Lutz Jäncke observed delays in test subjects when a test contains descriptions that deviate from their own ideas. In addition, such effects do not last long. In true synesthetes, the sensory impressions are not learned and last a lifetime.

Synesthetic sensation can also be tested differently: In the case of the frequent grapheme-color synesthesia, it was found, for example, that real synaesthetes match in their coloring. The letter C is usually given a yellow color, while many see the O as a white or transparent letter. At the same time, different color assignments can be observed in families with several synaesthetes.