How could the US go carbon negative?

Climate protection: How can CO2 be removed from the atmosphere?

Today it is an average of 1.1 degrees warmer in the world than it was in 1850 and if it continues as before it will be 2-3 degrees hotter by the end of this century, according to the Intergovernmental Panel on Climate Change.

The main reason for the rise in temperature is the increase in CO2 in the atmosphere, as it slows down the radiation of heat from the earth into space. Since 1850, the proportion of CO2 in the air has increased from 0.029 to 0.041 percent (288 ppm to 414 ppm). 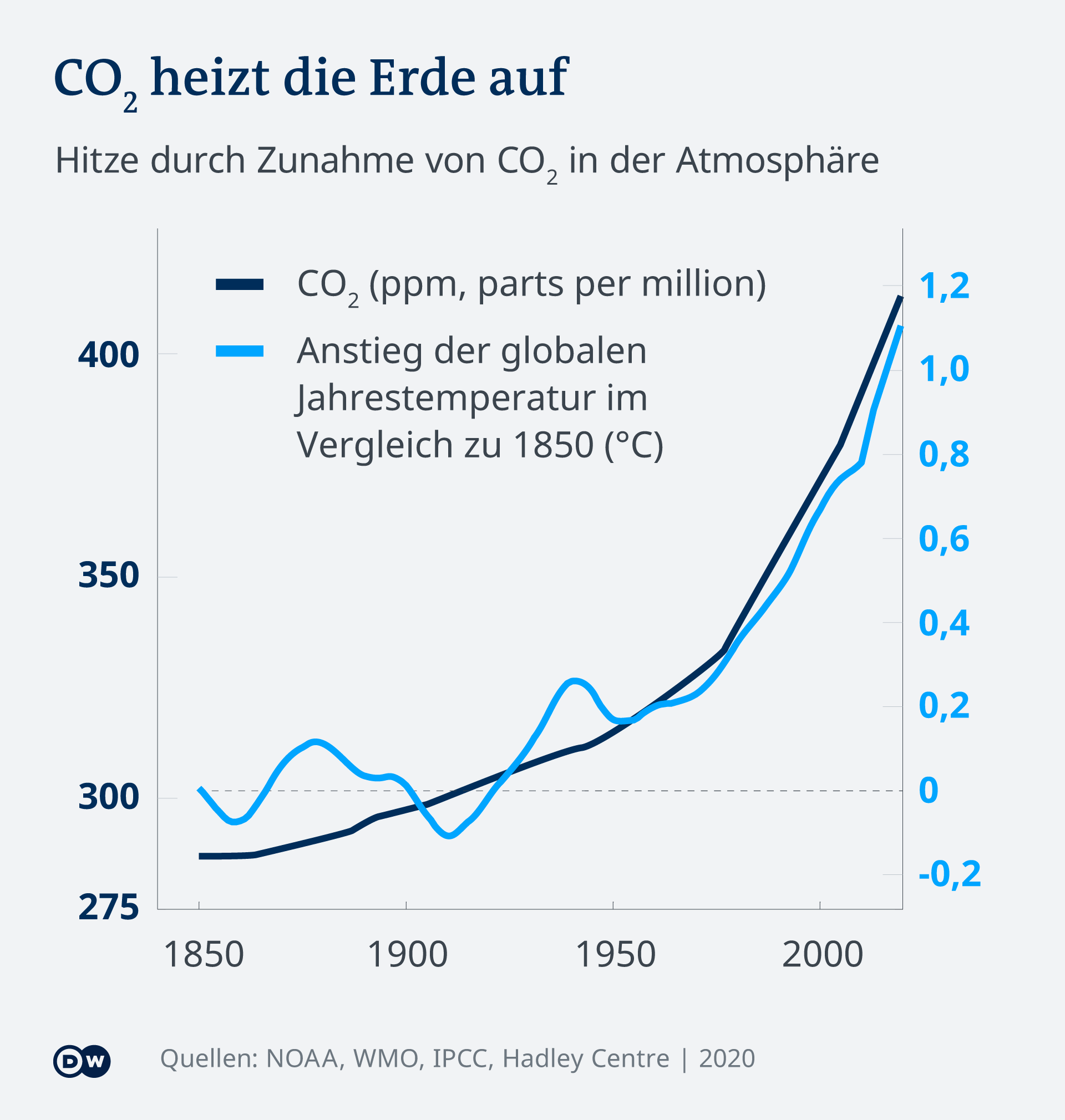 Burning coal, oil and gas produces CO2, as well as slash and burn and industrialized agriculture. Over the past 50 years, over 1200 billion tons of CO2 have been emitted into the atmosphere worldwide; in 2018 it was 36.6 billion tons. As a result, the global average temperature rose by 0.8 degrees in just half a century.

Coal, oil and gas were created from forests, plankton and plants over millions of years. At that time, the plants had bound CO2 from the atmosphere. With the combustion, the CO2 is released again. 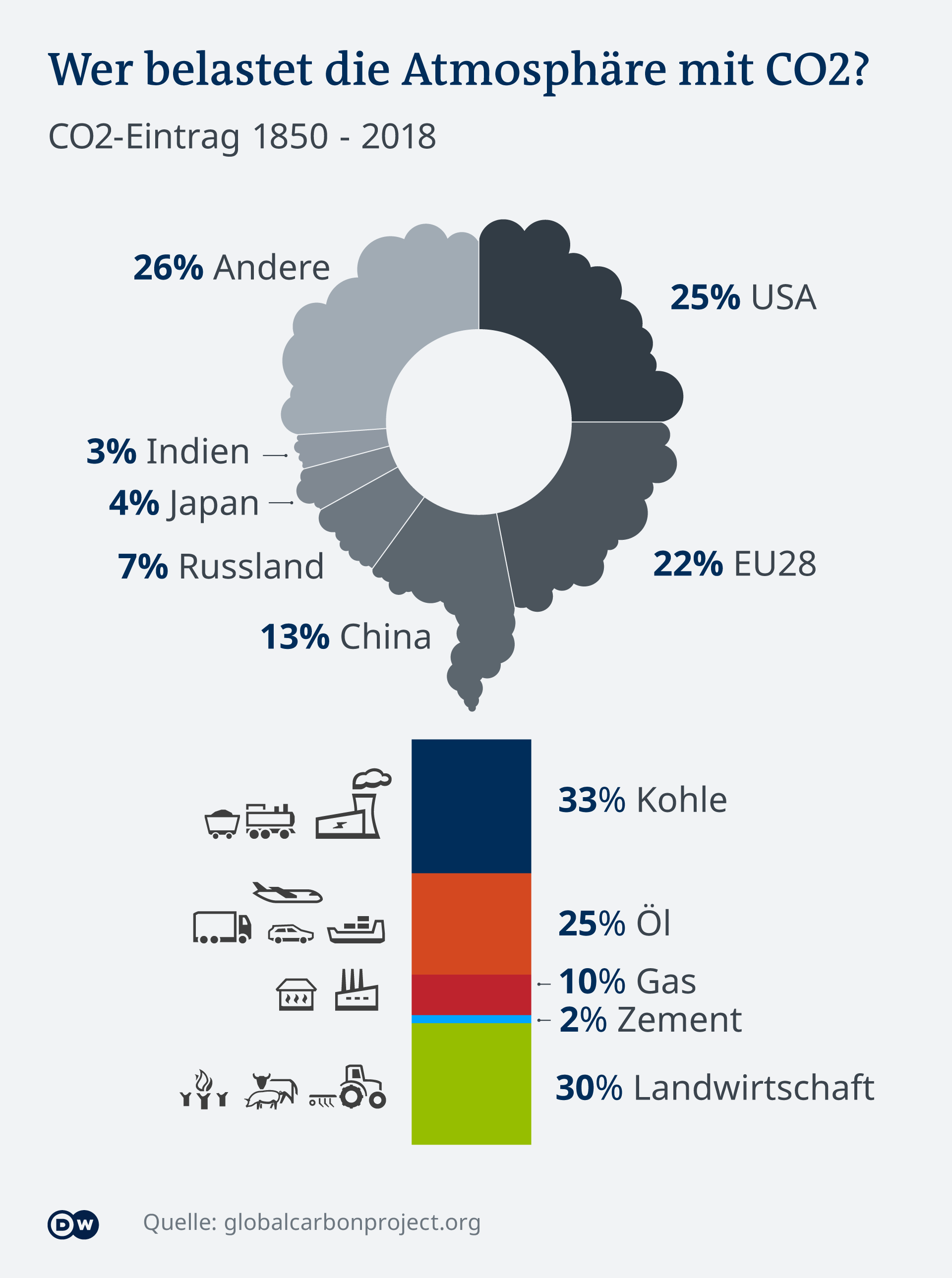 Very little CO2 is allowed into the atmosphere

In 2015, the world agreed with the Paris Climate Agreement to stop global heating to well below two, if possible 1.5 degrees.

The agreement limits the amount of CO2 that can still be released into the atmosphere. According to the Intergovernmental Panel on Climate Change, if possible, only around 300 billion tons of CO2 should be emitted. With a probability of 50 percent, the temperature rise would then be limited to 1.5 degrees. If the CO2 emissions remain the same as before, this CO2 budget will be used up in seven years.

In its special report on the 1.5 degree target, the Intergovernmental Panel on Climate Change therefore assumes that negative emissions are also necessary to achieve the climate targets. 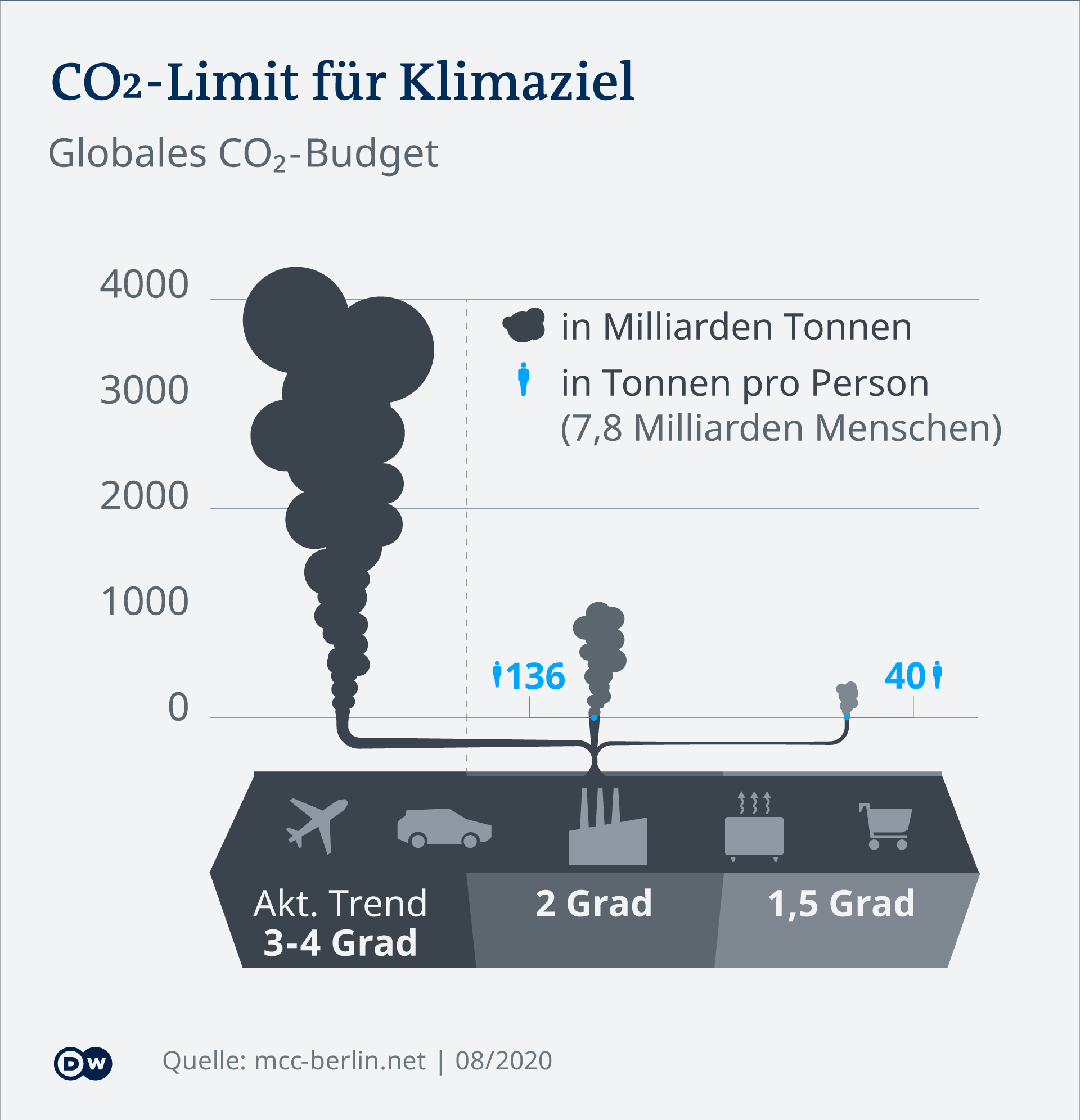 One measure to bind CO2 is the planned reforestation of forests. According to studies, 3.6 billion tons of CO2 could be bound per year during the growth phase, around 10 percent of current CO2 emissions. Researchers at the Swiss Federal Institute of Technology, ETH Zurich, emphasize in a study that very large areas would be needed for this, like the area of ​​the entire USA.

Bind CO2 with more humus in the soil

There is a lot of carbon in humus. However, due to the industrialization of agriculture, a lot of humus in the soil was lost and the carbon became CO2. With catch crops, deep-rooted plants, incorporating harvest residues and avoiding deep plowing, the humus content in the soil can be increased again significantly. According to a current study by the Science and Politics Foundation (SWP) on targeted CO2 extraction as an approach to EU climate policy, between two and five billion tons of CO2 could be bound per year with a global humus build-up. 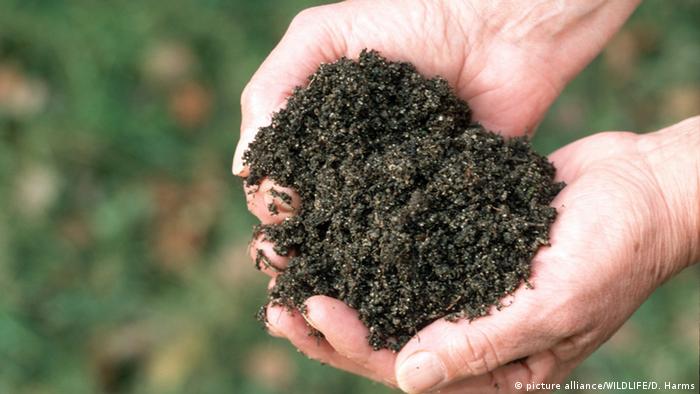 Humus with dead plants and soil organisms: Humus is currently being lost through industrial agriculture.

Some scientists see biochar as a promising technology for binding CO2. Organic material is charred with the help of heat, pressure and the exclusion of oxygen. In powdered form, the biochar is then spread on arable land. There it acts as a fertilizer and also increases the carbon content in the soil. According to the SWP study, global application of this technology could bind between 0.5 and two billion tons of CO2 per year.

Filter CO2 from the air and store it in the depths

The storage of CO2 deep in the earth is well known and is practiced, for example, in Norway's oil fields. However, the process is also controversial because the CO2 underground can lead to earthquakes and can escape over the long term. Another method is currently practiced in Iceland. There, CO2 is bound with basalt and converted to stone. The connection is stable. There is still a need for research on both methods.

The CO2 for the subsurface can be obtained from the ambient air using chemical processes. Some systems (direct air capture) already exist in Europe. The potential of these systems is great, there is no limit to the amount. The disadvantage is currently the cost of around 550 euros per ton of CO2. Some scientists believe that mass production of the systems could bring prices down to 50 euros per ton by 2050.

The technology is considered a key technology for climate protection. 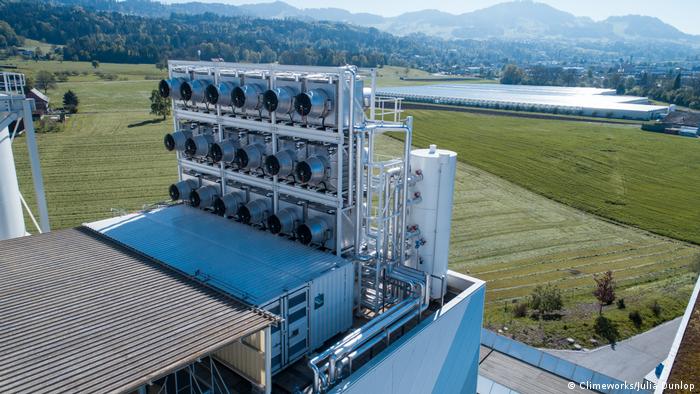 Technology with potential: Here (Switzerland) CO2 is filtered from the air and used in the greenhouse (back).

Another way of extracting CO2 from the air is via biomass. Plants are grown and burned in the power plant to produce electricity. CO2 is then extracted from the exhaust gas of the power plant and stored deep in the earth.

The big problem with this technology (BECCS) is the immense space requirement. For this reason, many experts see this technology critically. According to Felix Creutzig from the Mercator Research Institute on Global Commons and Climate Change (MCC) in Berlin, it will therefore only play "a minor role" among CO2 removal technologies.

Minerals in the rock can bind CO2

In this process, carbonate and silicate rocks are mined, ground and applied to agricultural land or in the surface water of the oceans. Over the years, CO2 binds to it. According to researchers, the CO2 binding potential from the atmosphere is two to four billion tons per year by the middle of the century. The major challenges are above all the quantities of ground stone and the necessary infrastructure. Concrete processes have not yet been researched.

No option: sea fertilization with iron

The idea: By fertilizing the oceans with iron, the nutrient content in the ocean is increased. In this way, plankton could grow stronger and so CO2 could be bound. However, the process and the possible potential are very controversial. In addition, this procedure would have numerous and hardly assessable side effects. "In the meantime, this is rarely treated as a serious option in research," is the conclusion of the study authors Oliver Geden and Felix Schenuit from SWP.