Can a narcissist find out he's broken

Again and again, her mother Carola says that her perception is wrong. At some point, that's why Carola thinks she's crazy. She was the victim of violent manipulation, gas lighting. 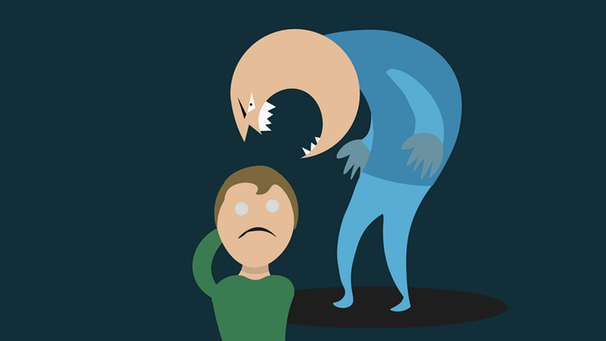 Carola actually has a different name, is in her late 30s and lives near Karlsruhe. She doesn't want to be recognized because she believed for a long time that she was crazy. Her student days were characterized by daily fear of death, countless visits to the doctor, escaping from seminar rooms, crawling into her room and attempting therapy. Carola was miles away from a carefree student life.

Manipulated from an early age

It all started when Carola was little. Her mother persuaded her that she could not be trusted across the road. Carola's mother told lies about her to family and friends. "How difficult I was, how exhausting and she never got tired of telling me how much other people admired her for being able to cope with me, a terrible child," said Carola, describing the daily tirades. Carola's mother manipulated her all her life. Persuaded her that things didn't happen the way Carola remembered.

"At the height of these crisis years, I could often no longer distinguish what was inside and what was outside. That means, for example, I heard the brakes of a car squeal and thought it was my lungs that whistled and that I was about to die."

When Carola started to work, things slowly got better. She googled mother-daughter relationships on the Internet and came across the term gaslighting.

What is gas lighting?

Gaslighting is a form of psychological manipulation, says psychologist Dr. Bärbel Wardetzki. The difference to other types of manipulation is that the perpetrators deliberately try to unsettle others and deliberately harm them.
The term gaslighting became known through the film "The House of Lady Alquist" from the 1940s. In it, a marriage swindler tries to get a rich woman's money. To do this, he repeatedly manipulates objects in the house, makes them disappear and tells the woman that he has never been there. Little by little, he's driving her crazy. Gaslighting is therefore a particularly serious form of manipulation because it is damaging.

Discussing our own world with friends, partner and family - we all do that, every day. This is how we check whether we are correct. When someone close to you keeps questioning what you yourself have seen, felt or done. This can be in a parent-child relationship, as with Carola, or, for example, in a love relationship.

"It's about power and that I keep it, that I dominate the other. A gaslighter is a person who actually has little respect for the other and possibly only circles in his own system."

The earlier it starts, the more dramatic

It is particularly serious when the manipulations start in childhood, explains Dr. Wardetzki. Because as a child you are dependent on the attention of your parents "so that we can survive at all." That is why children believe what others - especially their own parents - say. This, of course, can lead to enormous internal confusion, says Dr. Wardetzki.

If this confusion is not corrected, there is no outsider who shows the child that he or she feels correctly, and the person affected can break down with self-doubt even as an adult.

"As a result, every meeting with other people became a torture, whether professional or private. I then wondered for hours whether I had behaved in any way impossible without realizing it. I firmly expected that someone would give me a job or Friendship would end. "

Carola has found a way out

Carola did behavior therapy and managed to overcome the consequences of gaslighting from her mother. But Carola does not believe that the wounds will ever heal completely.

"I don't think it will ever be completely ok. But today I'm at least far from what I was 15 years ago. That's pretty good."

The fact that she can say so today is because she now knows strategies with which she can uncover the manipulations. So that other sufferers don't have to go through the same thing as her, she has the following tips:

"Believe in yourself. Talk to others, look for allies, whether friends or family. Seek help. Therapists can determine whether you are affected by gaslighting and help you out. Break off contact with the perpetrator and do not expect any insight from the perpetrator, you probably won't get that. "

Bärbel Wardetzki, Sonja R. (2018): And that should be love? How to break free from a narcissistic relationship