What are the main functions of HarmonyOS

Huawei will hold its own developer conference (August 9-11) in a few days. There is already an insight into the conference schedule on the Huawei Central website. There are many interesting topics listed there, but above all the previously announced new user interface EMIU10 arouses curiosity.

EMUI10 should not differ entirely from the predecessor software EMUI9 for Huawei and Honor devices. However, there have already been test versions of EMUI10 based on Google's Android Q, which give an insight into the interesting innovations. The online portal Gizchina has already published some screenshots.

EMUI10 should have nothing to do with a redesign. Rather, it is about a smoother user experience, for example when switching between several tasks. 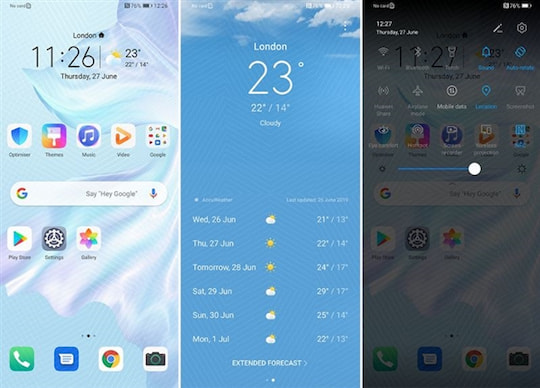 Trial version of EMUI 10
Image source: Gizchina One of the screenshots shows the desktop weather app. In the course of the refreshed user interface, this should be clearer than the implementation in EMUI9.

The camera app was also changed. According to the online portal, the main functions of the program are retained. The user experience of the camera should also be smoother. There are also new fonts, symbols and new photo filters. 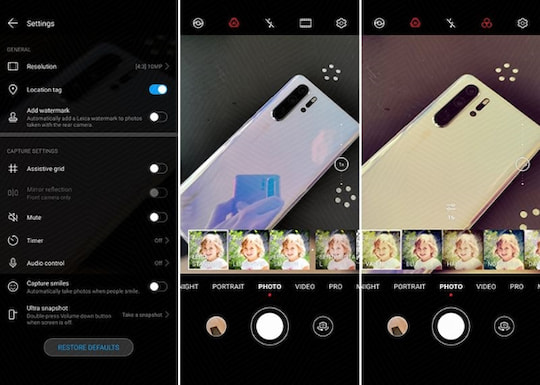 More filters in the camera app
Image source: Gizchina If such changes affect the menu navigation, there should be further adjustments in the area of ​​data protection, which, according to Gizchina, resemble the manual access to the location adjustments in Apple's iOS13.

Huawei's own operating system, Hongmeng OS, is no less exciting. That should be presented this week - most likely also during the developer conference. You can read more about your own OS in another message.