What defines someone as black

People of Color still experience racism in everyday life today. Tupoka Ogette is an anti-discrimination expert and explains where racist terms come from and when distinctions in language are important. 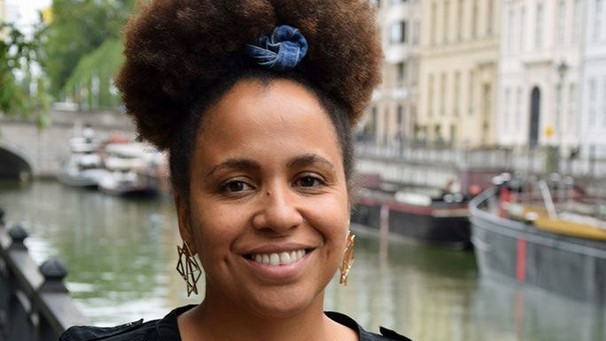 The terms "black" and "white" are consciously capitalized here and do not refer to the real skin color or a biological characteristic. The anti-racism movement uses these terms to counter racism in the language: "White" (alternatively: White) and "whiteness" should refer to the social, political and cultural privileges of people who are not exposed to racism and are therefore in a more powerful social position. "Black" and "being black" is a self-designation. "Being black" means that people are connected to one another through shared experiences of racism and are perceived in a certain way by society.

"Here in Germany there is no longer any racism." Black people and people of color often hear this when they tell white people about their own experiences: For example, when people don't sit next to you on the bus, they have poorer chances of getting their dream job or even become victims of direct racist attacks.

In her book "Exit racism - think critically", the author Tupoka Ogette examines how deeply racism is anchored in our language. In an interview with PULS, she explains when we need different names, although ideally we are just human.

PULS: Many people are unsure which terms they can use to describe people of color and black people. What else can you say?

Tupoka: What people often mean in everyday life when they say this: They don't want to be criticized for what they say. But I think it's important that we take responsibility for our language. Therefore I would like to ask this question of “What else can I say?” in "What do I want to say?" convert. The goal is: to create spaces with less racism through my speaking.

What does racism do to black people?

Actually, we would all like to be human. But we live in a racist tradition in which we are used to referring to certain people as strangers. And this is how racism came about 300 to 500 years ago: In the context of racism, white people first invented themselves and then "the others", humiliated them and called them alien.

What names for black people are racist?

(Trigger warning) Foreign names such as the N-word, colored, mixed race, mulatto, chocolate-colored, capuccino-colored, mocha and so on. These are all names that people did not choose for themselves. All terms that were invented in a racist system in order to somehow demonize black people and people of color, to portray them as exotic and to make them the others at all, are racist.

This contrasts with the self-designations of People of Color. Which ones do you use and how did they come about?

Self-names that I often use in the German context are, for example, the term Schwarz written with a capital S, People of Color and Afro-German. Such a political self-designation is the consequence of a centuries-old foreign designation. It is a form of resistance and empowerment to say: Let us talk about these racist experiences that we have in everyday life and when talking about our experiences we do not use these foreign racist terms again, but self-chosen terms.

What exactly do the terms white and black mean in relation to racism?

It is important that the term black is not about the adjective or the color black and it has nothing to do with the actual skin color. The designation black is a political self-designation. The definition of this is:
1. People who experience racism
2. People who can look back on a long history of resistance against this racism
The term white is also a political term. Nobody is white in the sense of the color white. The term refers to people who have privileges, namely white privileges.

One of the great privileges is that whiteness can go unnamed. That you don't even have to name it and that it can simply exist as an individual. So white people benefit from racism. With the terms black and white we can start a conversation about the different experiences we have in a racist system.

What do you recommend to people who are white and unsure how to refer to black people?

I think it's important for white people to look: What self-labels are there? And then to consider: In what context do I want to talk about something? If I'm just showing off that I have black friends, the name doesn't matter. But if I want to say, for example, that my girlfriend and I watched Black Panther yesterday, and she is black and I am white, then it would be clear from what perspective and with what experience we saw the film. For my black friend, the film was perhaps very empowering. Then it's really important.

Why do black people say the N-word to each other and why are white people not allowed to do that?

If people have been labeled, oppressed, humiliated as "foreign" for 500 years and a certain external name reproduces this oppression again and again, then a method of resistance is to say: I use this name for myself, because then nobody can hurt me with it . You convert an external name to a self-name. But when white people use the N-word, they always reproduce racism and for that they should take responsibility.

What do you recommend to black people when faced with racism?

It helped me a lot to understand racism. I am not the problem, but racism. The decisive factor was getting to know and exchanging ideas with other black people, for example in networks such as the Initiative Schwarze Menschen in Deutschland (ISD) or Adefra. Together we are stronger because experiencing racism can be so terribly lonely. And then I tell people in the empowerment workshop: Be good to yourself, focus on your many resources and take enough time for yourself. That is resistance too.

What can white people do about racism?

Every time you keep silent you support the racist system. Silence on racist remarks always means approval. White people can always say regardless of whether a black person is in the room or not: "I don't feel comfortable here right now, I don't want to live in a world where racism can just exist and be said." Just like men should always say something against sexism, regardless of whether a woman is in the room or not.

These contact points support and empower black people and people of color in Germany:
The Initiative Schwarze Menschen in Deutschland (ISD) is a non-profit, registered association that makes it its task to represent the interests of black people in Germany and to stand up for justice in the migration society.
The Association of Advice Centers for People Affected by Right-Wing, Racist and Anti-Semitic Violence (VGRG) offers support in all federal states. The professional advice and support provided by the counseling centers is aimed at those directly and indirectly affected, their relatives and witnesses of an attack.
Adefra is a cultural and political forum and one of the oldest black self-organizations by and for black women in Germany. The aim of Adefra is empowerment, i.e. to strengthen the self-confidence, self-determination and self-organization of Black women.