Is Theresa May a traitor

Brexit Diary 15: Everything about Theresa May

Last week it was all about Theresa May. We see her talking to flowerpots here in Brussels. Maybe because nobody in your government listens to her anymore? Or did she quietly pray to the God of the Little Things to let this terrible day, the terrible summit and the whole hideous Brexit be over? Perhaps the Prime Minister has also thought about putting an end to everything, just going away to lead a quiet life in the country with her husband Philip. But as the dutiful daughter of a pastor, she continues. History will judge whether she is doing herself, her country, and all of us a favor.

It was the week of the summit when the EU and the UK moved cautiously towards progress in the negotiations in order to make sufficient progress by Christmas. Finally, the member states gave the green light for internal preliminary talks about the shape of a future deal. That was hardly news, but it was disguised as an olive branch for the Prime Minister. This gives permission to think about the future relationship with the kingdom, but not to talk about it. Or just a little.

There seems to be a problem with the talk in Brussels anyway. When Theresa May invited herself to dinner with Commission head Jean-Claude Juncker last week, it was clear what she wanted from him. It was a last-ditch attempt to change his mind and move the Brexit talks into their second phase. But Juncker moved nothing but the salt shaker to the other side of the table. Life is not that easy. 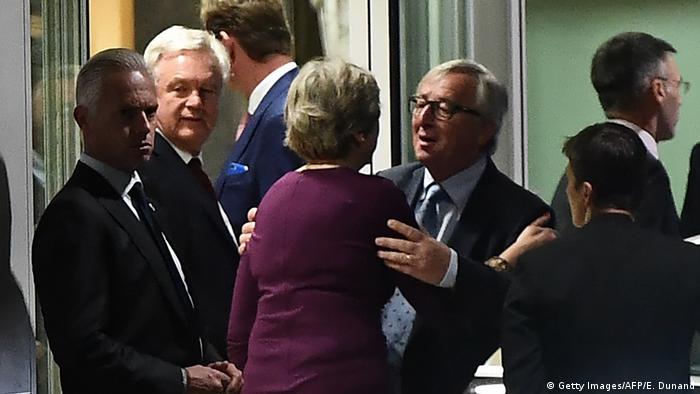 It actually all looks so friendly ...

Much funnier than this failed diplomatic rescue attempt was the aftermath. The weekly newspaper "Frankfurter Allgemeine Sonntagszeitung" (FAS) published worrying details about the evening. May seemed scared, depressed and discouraged. She asked Juncker for help, had deep circles under her eyes and appeared very tired. The possible culprit for this suspected leak was quickly found. It couldn't be any other than Martin Selmayr, Juncker's German head of cabinet and his gray eminence.

But Selmayr reacted angrily: "I deny that we were the leak, that Juncker ever said that and that we interpret Brexit as a punishment. It is an attempt to blacken the EU and undermine the talks."

Now the EU official is charged. He must have passed the damning verdict on a previous Juncker-May dinner in London. So if he did it once, would he do it again? The British Brexit Minister pointed his finger at the German and said: "There were only six of us in the room".

But this opens up an interesting opportunity for David Davis. In contrast to Theresa May, he is a real Brexiteer. He is repeatedly traded as her possible successor. He hates the course of the Brexit talks. And he was in the room. Or does anyone think the British chief negotiator is incapable of such a Machiavellian intrigue? 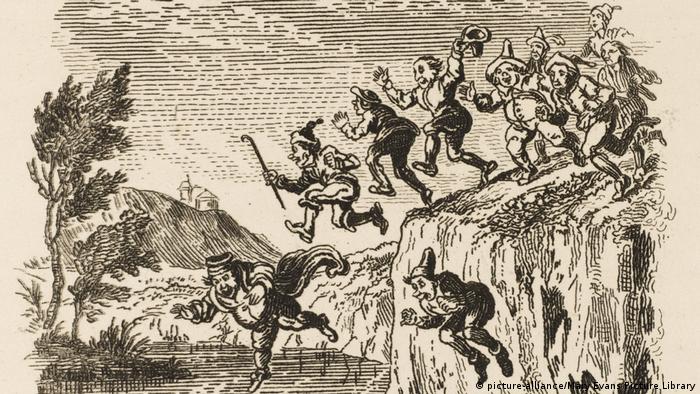 The UK economy fears falling off the cliff

A good deal or no deal at all

The EU believed it was doing Theresa May a favor by starting to think about the future. And that little bit of progress must have encouraged business leaders in Britain. You now write letters to the government in London almost every day asking for clarity about Brexit. And their hopes are primarily directed towards the transition period that May announced in Florence. But in the lower house, the Prime Minister ruined everything: "There can be no implementation phase if the future with the EU has not been decided".

There is a certain logic in this when one speaks of implementation rather than transition. But it shatters hope that a transition period for the economy could cushion the head-over-heel fall off the cliff in a hard Brexit. Some prefer to jump on time and on their own initiative. "Just back from Frankfurt. Great meetings, great weather, really enjoyable. Good, because I'll be spending more time there," Goldman-Sachs CEO Lloyd Blancfein tweeted last week. He thinks the grass on the other side of the Channel is pretty green now. Brexiteers, however, immediately branded him a traitor.

And Council President Donald Tusk once again turned the knife in the wound: "It's up to London how it ends, with a good deal, no deal or no Brexit". Oops, this option seems somehow off the table, but it could gain momentum again if the FedeB, the enemies of Brexit, would finally join forces. 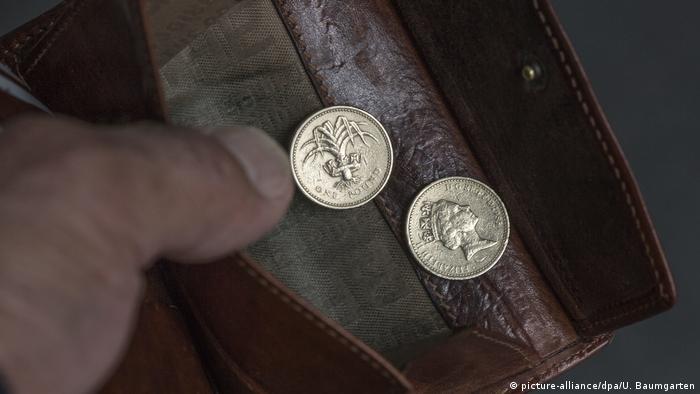 What will the British still have in their wallets after Brexit?

Where are the reports on the consequences of Brexit?

The opponents are also wondering why the government does not publish these studies on the economic effects of Brexit despite being urged. A joker suspects that they are so great that they are being held back as a "wonderful Christmas present for all of us," wrote David Schneider on Twitter. Or that it is the luxury yacht industry that takes time to process the expected volume of orders from ordinary Britons.

Astonishing in its bluntness is a letter that Brexiteer and Tory MP Chris Heaton-Harris wrote to all British universities asking for the names of the professors who teach European politics, particularly Brexit. He would also like the timetable and online study materials.

Academics reacted angrily: This is a grim advance, a move in mind control and McCarthyism, and anti-Brexit activist Gina Miller asks: "What happened to this big country?" The answer is Brexit.