Do you believe that consciousness exists after death?

What happens after death? The one question you should definitely ask yourself!

Accompany me on a little mental journey through the question: What comes after death? It is not about religion and not about creeds, but only about the one question that shows me the incomparable value of life.

I was talking to my husband the other day about what happens when we die. Here I would like to show you which lines of thought this set me in motion and which insights have emerged from it.

What happens after death?

What do you think will happen when you die? 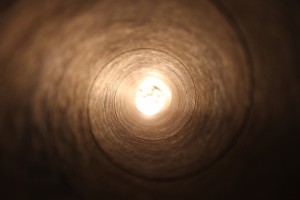 Will any of you live on? Will any essence of you (your soul) last? Are you going to go anywhere else or maybe you will be reborn in another living being?

Or maybe none of you will live on and you just will cease to exist?

Can you imagine that?

I have found that it is almost impossible to imagine yourself disappearing into nothing; that it just goes by like that.

There are people who were dead for a few seconds and then came back to life. They sometimes report out-of-body experiences. You have probably heard that many see a white light. But now there are medical explanations for this because some synapses in the brain are still firing.

So what really comes after death?

Just imagine that we disappear into nowhere.

Then you, the essence of your life, are limited to the few years that you can spend in this world. And then you stop being forever and it will never bring you back.

Doesn't that make you the most valuable person ever?

Because you only exist once and you only live in this world for a few years? And if you disappear, no one like you will ever be back.

You are completely unique!

Unique in the universe

And now think about what that means for your life?

Yes, this life that for you right now maybe mainly consists of taking out the trash, paying your bills, buying cheese in the supermarket and getting upset about the neighbor.

Why does this life even exist?

I don't know what you believe in, but the widespread consensus is that there was this big bang in the universe, which subsequently led to the creation of planet earth. And just 4.5 billion years later, humans appeared on the scene.
If in fact there is no plan behind it, if no one has created this world especially for us, our existence is due to a rather random occurrence. 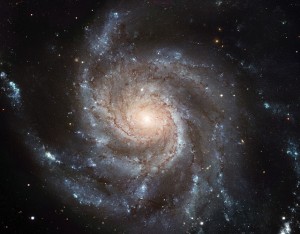 And when I'm here lots write, then I speak of 100 billion galaxies. And only in the observable universe.

Because to this day we do not know what will come of it and whether it will go on indefinitely.

Isn't it an incredible coincidence that we exist here on this planet?

When you consider that you are a single person on a planet among tens of billions and live here for a few years before disappearing forever into nothingness, how do you think about life and yourself? 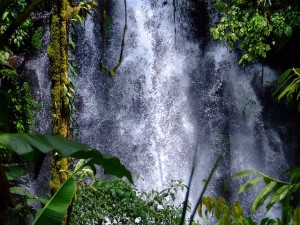 I can tell you what it does for me:

I think it is a incredible gift what is given to us here.

I do not know why it is and whether it is all due to a single coincidence. But it is precisely this randomness, the idea of ​​the infinite space out there and the possibility that after my death I will disappear forever, literally dissolve into nothingness, that makes the life that I lead here absolutely most precious and greatest miracles, that I can even imagine.

And it does even more:

Now there are probably people who will reply that life is anything but a gift for them because they are literally overwhelmed by problems and crises.

Yes, suffering is part of it.

I don't know anyone who is spared from it.

Some get it harder than others and yes, it is absolutely unfairly distributed. It starts with where we are born, what gender we are born as, with what sexual preference, skin color and and and.

But even if everything seems to be bad in your life, it doesn't change the fact that you are alive. That you this life given has been.

You are not Nothing.

You breathe, you move, you feel and you think.

And all the suffering doesn't change the fact that this planet is beautiful. 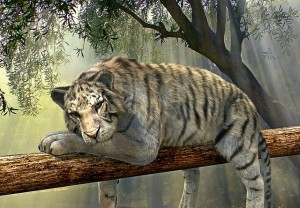 I mean, have you ever checked out the other planets in our solar system? We have this beautiful and life-giving water, we have pleasant temperatures, air to breathe, fascinating animals, wonderful plants, rainforests, waterfalls, beaches, mountain peaks, meadows of flowers and much more.

And even if everything is bad, it doesn't change the fact that you are the only (human) life form at a distance of several million kilometers.

The question you should be asking yourself

I don't want to tell you what to think. I just want to explain to you how thinking about the question: What happens after death? keeps putting things in perspective for me.

And the realization makes me tremble with awe down to the last fiber of my skin: namely that I now, alive today and here am And it is by no means a matter of course that I live because there is no life at all in so many other places.

And it is the realization that my lifetime is limited and I don't know if anything will come after that. And if nothing should come, then it shows me that it is my greatest duty on earth, to use this life as best I can.

Everyone has to find out for themselves what that means exactly.

For some it may mean traveling the world, for others it means protecting the planet, some will find meaning in helping others or leaving something behind for posterity.

But no matter what it is, make sure you keep asking yourself the following question:What happens after death?

And while you're at it:

If you want to read more from me, subscribe to my newsletter and you will receive a friendly email in your mailbox once a week.

And now of course the question of all questions: what do you think, what comes after death?