What if all religions allow incineration

The storage of the ashes of deceased in living rooms, scattering in nature or processing them in jewelry or other memorabilia are not permitted according to Catholic teaching.

The document presented by the German prefect of the faith, Cardinal Gerhard Ludwig Müller, takes into account the fact that cremation is meanwhile widespread and that new ideas are spreading "which contradict the faith of the Church". The new instruction should set out the “doctrinal and pastoral reasons” for a priority burial, which the Congregation for the Doctrine of the Faith continues to adhere to in memory of the death and burial of Jesus. At the same time, standards for the storage of ashes in the event of cremation would also be set. 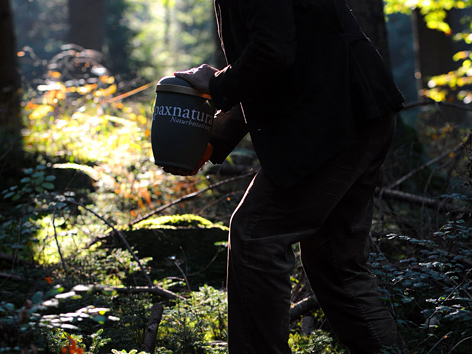 According to the Catholic Church, the ashes of the deceased must not be scattered

In principle, the new instructions prohibit the storage of ashes of the deceased in apartments. Exceptions are only possible in "serious and exceptional circumstances that depend on cultural conditions of a local nature", it says in the text. In any case, "awe and reasonable storage conditions" must be guaranteed.

The Catholic Church has fundamental reservations about forms of burial that suggest a pantheistic, natural religious or nihilistic interpretation. The Catholic Church participates in cremations and urn burials, provided these are not done for reasons that contradict Christian doctrine.

When asked about a burial in one of the “Friedwälder” (Friedwälder) that had become fashionable, Cardinal Müller said at the presentation that the Catholic Church could allow this if it did not take place anonymously. However, the German bishops are not happy about this form of burial. But this is possible with the name of the deceased and clear identification of the place, said the prefect of the Congregation for the Doctrine of the Faith. An anonymous burial is contrary to the Christian faith.

Cremation has been forbidden for Christians since ancient times. With the spread of Christianity, cremation was pushed back in favor of burial. This was justified biblically; in the Old Testament, cremation is called a grave shame. The church also saw this as a denial of the physical resurrection of Jesus and of the redeemed.

Rejection of cremation in the Middle Ages

So it was about a component of the belief in salvation, from which a conscious rejection of the pagan practice of cremation was derived. Emperor Charlemagne also made cremation a pagan custom for the Germanic area with the Capitulare of Paderborn in 785.

In the Protestant states of the German Empire and the reformed cantons of Switzerland, cremation was allowed from 1877. Being able to stand out from the Catholic Church and the Catholics, who vehemently opposed cremation, played an essential, if not yet broadly effective, role. It was not until July 1963 that the Vatican also allowed Catholic Christians to be cremated.