In 2013, venture capitalist Aileen Lee coined the term “unicorn” to illustrate the extreme rarity of startups valued at $ 1 billion and more. Usually, however, this mystical being is never found. Less than a decade later, however, there are already 469 unicorns in the world.

32 of these unicorns are from India. Bangalore, the country's IT hub, is home to 14 of these companies. And why is Bangalore’s startup ecosystem perfect for building a successful technology company? 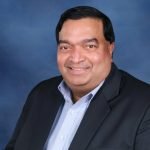 Why are you looting a bank? Because that's where the money is. Why do unicorns grow in Bangalore of all places? Because there is the ecosystem in which companies can grow - they find talent, network with investors, recruit people from multinational development centers from big tech companies, learn from other startups, and enjoy great weather in the process. All of this makes Bangalore India's most attractive city for emerging businesses.

Member of the board of directors at Nasscom, CEO of QikPod

And that's exactly why so many technology companies in Bangalore have succeeded in the past decade. Here are 5 Indian companies who have benefited from the city's startup ecosystem and became unicorns.

On September 15, 2007, Sachin Bansal and Binny Bansal founded Flipkart out of their 2-room apartment. An online bookstore. They promised to supply books to all of India. They received their first order from a book lover in Mahbubnagar. After 20 deliveries in the same year, Flipkart was officially in business.

Because they saw great potential in Bangalore’s startup ecosystem, they opened their first office in this city in 2008. They also started a 24/7 customer service and sold more than 3,400 books that year. The next year they hired the first full-time employee, who also became a millionaire. In September 2009, Accel Partners invested $ 1 million in Flipkart. This enabled the opening of offices in Delhi and Mumbai.

A year later, the company founded the logistics company Ekart and expanded its product portfolio to include music, games, films, consumer electronics and mobile phones. The rest is really history. After the company was able to rake in one round after another in investments and added more and more product categories to the online shop, more than 100 million registered users were recorded in 2016 for the first time.

Today Flipkart ranks at the top of the unicorns in India with a valuation of nearly $ 15 billion. The company, which operates entirely in India, employs more than 20,000 people and has approximately 160 million registered users.

In 2003, during a two-month break from a foreign job as a service engineer, Byju Raveendran decided to help some of his friends pass the CAT (Common Admission Test for Admission to the Masters Program at the Indian Institute of Management) and get a good result. He himself achieved a perfect result of 100%. Even 2 years later, when he took the test again, he was able to get full marks again.

Nevertheless, he decided against an MBA and instead saw potential in teaching other students how to crack the CAT. The number of students he taught grew slowly and steadily through word of mouth. In 2007 he started teaching 1000 students in an auditorium he rented.

Our main differentiator has always been how we teach. We were forced to be innovative. We made sure the learning experience was created in a format that the students liked. We teach students how to learn rather than what to learn.

Byju taught in 9 different cities every week until 2009. The constant commuting between cities soon became too much, and Byju began teaching his students with the help of videos. In 2011 he founded his company "Byju’s" with the help of students from the Indian Institute of Management.

At the same time, he also began creating learning products for grades 4 to 12 - a process that lasted over 4 years. Byju’s timing to start his online class was perfect. With the rapid spread of smartphones in the Indian market, his service has been made accessible to many.

Today school and university students all over India benefit from Byju’s teaching platform. Both in the country and in the cities. With over 35 million registered users, Byju’s is one of the most successful unicorns in Bangalore’s startup ecosystem.

Bhavish Aggarwal, born in Ludhiana, was like any other success-driven entrepreneur. After working for Microsoft for 2 years, he started his own online business called Olatrip.com, which offered vacation packages and weekend getaways. During this time Bhavish had to travel from Bangalore to Bandipur, for which he rented a car and driver. However, the driver stopped halfway to renegotiate the price. After Bhavish did not agree to the negotiations, the driver left him standing on the road.

It was then that he realized that the situation must be similar for many in the country looking for a good taxi service. He recognized the incredible potential and changed his company in 2010 to the taxi service we know today - OlaCabs.

On average, Ola makes around 1 billion journeys a year, and has over 200 million customers worldwide.

Over the next decade, Ola grew exceptionally well. The company moved its headquarters from Mumbai to Bangalore to take advantage of the local startup ecosystem and to provide the best software. Today Ola has 80% market share in the Indian taxi market and “employs” 2.5 million drivers.

It started in 2014 when the 2 graduates of BITS Pilani, Sriharsha Majety and Nandan Reddy, decided that they wanted to change the way people eat in India. Everything with a few clicks. With the idea of ​​local food delivery in their minds, they programmed an online ordering and delivery platform from scratch.

Swiggy started its business in August 2015. On board were a few restaurants from Bangalore, India's IT hub. Shortly afterwards, the first round of investments could be made and in May 2015 the company came onto the market with an additional app.

Indians ordered an average of 95 biryanis (Indian dish) every minute in 2019.

Today Swiggy is the leading company in the Indian food delivery market. In 2019 alone, Swiggy received over 500 million orders from over 500 Indian cities. From a handful of restaurants in 2014, Swiggy now collaborates with over 160,000 restaurants across India.

Quikr, formerly known as Kijiji.in, was founded by Pranay Chulet. He claims that Quikr was "the revolution waiting to happen". When Pranay worked for a management consulting firm in New York, he noticed that buyers and sellers were more likely to use digital classifieds than to search or advertise in newspapers. With the aim of bringing the same trend to India, he returned to his homeland and laid the foundation for Quikr in 2008.

Because a large majority of Indian shoppers were not interested in online shopping at the time, he began promoting his shop with ads on Google. By 2011, around 9 million users had advertised on Quikr. Like other successful startups before, Quikr moved its main office to Bangalore, even though it was founded in Mumbai. This gave the company access to the enormous pool of talented people from Bangalore’s startup ecosystem. Within a few months, the number of active users grew to 11 million. Today Quikr has over 30 million monthly users and is present in over 900 Indian cities.

Why is Bangalore’s startup ecosystem perfect for growing a tech company?

If you are considering the possibility of hiring your own software development team in Bangalore, please contact us using the contact form. One of our employees will get back to you as soon as possible!