What is Tollywood's biggest problem

It was not quite a year ago when Shilpa Shetty's confident handling of racist expressions on the part of her fellow campaigners in the British version of the television show "Big Brother" made the actress suddenly well known in this country as well. On the other hand, it was only read in marginal notes that, in addition to the great wave of protest and solidarity with Shetty, people in India also ridiculed that "Big Brother" after all, would have given her career a decisive boost. Because the "mega-star", let alone "the face of Bollywood", as which it is now successfully marketed in this country, was by no means in India before. A short time later, the much-cited kiss on the cheek of the American actor Richard Gere followed, which again caused a certain media turmoil about her person in India.

And now Shetty as "Miss Bollywood" is at least actively involved in ensuring that Indian cinema in this country continues to be associated primarily with exotic, colorful costumes, fantastic dances and rousing melodies. However, this does not prevent them from criticizing this in the same breath as a one-sided European perception. This contradiction refers to two key questions that have shaped the discussion about the Indian film landscape for decades, namely the question of what "real Indian cinema" is and, closely related to this, which film genre "realistic" and "authentic" stories tell.

Bollywood, the commercial Hindi cinema made in Bombay, is not "the" Indian cinema, because there is also Tollywood and all the other -ollywoods that have emerged after the model or at the same time to the big "B" in India and South Asia. With the sheer number of films that are produced annually, the Telugu film industry from the state of Andhra Pradesh has now even overtaken Bollywood. 2 And in terms of the number of employees, the southern Indian metropolis of Chennai in Tamil Nadu is considered the geographical center of the Indian film industry. However, this does not change the fact that the commercial Hindi films are the most famous and increasingly popular main representatives of Indian cinema around the world. 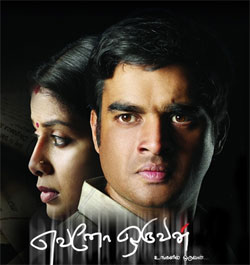 But even in India itself, the film location Bombay, with its dazzling star system modeled on Hollywood, attracts by far the greatest attention, not only in terms of feature sections or tabloid journalism, but also, for example, with regard to scientific research on Indian media Film. Not only in Europe, but also in India, cultural anthropologists and media scholars prefer to focus on Hindi films. Bollywood sets the film aesthetic, technological, musical and marketing standards and takes on the dominant role of an inner-Indian Hollywood for the other regional-language film locations, for example when film templates from the Tamil or Telugu cinema are bought, re-adapted and become pan-Indian box office hits or even become international successes. Due to the Indian phenomenon of multilingualism it is possible and in practice it happens that one and the same actors or directors can play a major role in these "cinematic translations", but this is not the rule.

The question of whether "the" Indian cinema even exists in view of this diversity is reminiscent of analogous discussions with regard to Indian literature. One could transfer to the Indian film landscape what the philosopher and Indian President Sarvepalli Radhakrishnan (1888-1975) once said in connection with the establishment of the national literary academy (Sahitya Akademi), namely that there is only one single Indian literature, even if it is written in different languages. Quite simply because in India, due to its linguistic and cultural diversity, there cannot be one "national" literary and film language and corresponding monolithic ideas of literary and film historical epochs and traditions. And especially in view of the rampant cultural nationalisms, these must not go without being contradicted.

Since the discussion about unity and diversity in literature as well as in Indian cinema ultimately leads to the question of which conception should apply with regard to the Indian nation, it is by no means irrelevant whether one speaks of Indian cinema in the singular or in the plural speaks. If the multitude of "Indian cinemas" is viewed as an expression of a fragmented nation, this belies the many common cultural and aesthetic points of reference and preferences that influence Indian films in all languages ​​and make them "understandable" for an all-Indian audience across linguistic boundaries .

If one continues to stick to "the" cinema in the singular, there is again the possibility that the many important film locations in India - especially southern India - remain outside of a Bombay-centrist perception. One way out of this dilemma is perhaps the term "film landscape" of India instead of "cinema".

Does Bollywood have to be 'realistic'?

In India there are sometimes very high expectations of the medium of film. The question of what it can or should do is a hot topic. This is primarily due to the historical experience of the anti-colonial liberation struggle and the post-colonial situation. Many film directors were convinced that it was not the "elitist" auteur cinema, but especially commercial entertainment films aimed at the broadest possible audience, that could have educational potential and thus contribute to the progress of society. They saw it as their duty to address social grievances in their films and to design social utopias. 3

Even in the decades after independence, the more or less explicit claim that it must primarily be about the "development" of the country can be seen, not only in relation to the cinema, but also to the new medium of television. and not just about "entertainment". The medium of film is still seen in a potentially educational role, which always resonates when Bollywood films are accused of being "not realistic", but rather escapist (and "cheesy", "sappy" et cetera).

"Authentic" stories about life in India can be read frequently, but only the cinematic works of the told New Indian Cinema or the Indian author and documentary cinema. Against this background, the Indian film landscape is repeatedly categorized and rated along the dividing line “realistic / authentic” when “art” is distinguished from “kitsch and commerce”. But do such subdivisions really make sense when it comes to approaching and appreciating the cinematic diversity of India?

First of all, one would have to question the ideas associated with the question of authenticity and realism, because to demand that films meet these criteria would presuppose, on the one hand, that there is an objective reality that can be "portrayed" as such on film . However, not even documentaries can claim this, as they also inevitably interpret reality and stage sections of it accordingly.

Secondly, an objectively representable reality would have to be able to be experienced as such, which presupposes a uniformity of the audience and identical ideas about what reality is. In India in particular, however, we certainly do not meet this homogeneous audience. On the contrary: advancing globalization ensures that the differences in people's living environments continue to increase. This applies equally to the growing number of individuals and groups around the world who watch Indian films for a wide variety of reasons and interests and are thus inevitably increasingly perceived as target audiences for film producers in India.

In view of this situation, it is becoming increasingly difficult to determine whose reality, for example, commercial Hindi films should actually approach. In this context, reference should also be made to the consensus, which is fundamental for democratic societies, according to which the artistic freedom of filmmakers in dealing with topics, narratives and forms of representation is not impaired by the requirement of closeness to reality (or other specifications), and the quality of their work by no means so deeply ambivalent category like that of authenticity should be measured. 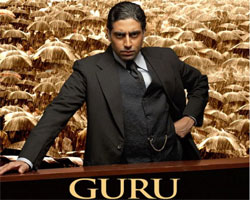 On the other hand, films do not have to be realistic or close to reality in order to say something about realities, because films generally do that, regardless of genre and degree of commercialization. If you look at the film, for example "Guru" by the South Indian director Mani Ratnam (2006) as an "authentic" film about the life story of the controversial industrialist Dhirubhai Ambani, one can rightly ask how realistic this film actually is. One could also criticize the fact that the film doesn't really address the "fine line between power and morality", although it pretends to do just that. The figure of the "synthetic fiber king" appears too obviously in a radiant light.

A completely different question, however, would be what this film might say about the present or today's view of recent Indian history. So one can see the court scene at the end of the film, in which the Ambani-based protagonist absolves himself of all allegations of corruption and systematic fraud the so-called planned economy "mixed economy"), can be understood as an apology for the economic liberalization of India and the (neo-) liberal economic order that follows from it.

Finally, with a view to the American or European film landscape, one could also ask what the problem is with the supposed or actual lack of reality in Bollywood films. Isn't the cinema everywhere and always a medium that can both enchant and demystify, entertain, but also inform and educate? As is well known, the Indian film landscape has renowned representatives who master all of this masterfully and do not allow themselves to be squeezed into rigid categories of forms and genres. The fact that this is now increasingly noticed outside of India and followed with interest is a very positive development for both Indian filmmakers and film lovers around the world.

In 2006 there were 243 productions from "Tollywood" and 223 films from Bollywood. Around 800-900 films of various genres are produced throughout India each year. Cf. Jochen Reinert, "Tollywood overtakes Bollywood" in: India Info 86, Association Announcements of the German-Indian Society Berlin e.V., August-September 2007, pp. 2-3.

[3] Annemarie Hafner deals in detail with this topic in her contribution "Cinema as an agent of social change: Indian film directors in the anti-colonial upheaval (1935-47)".

This post belongs to the focus: Film in South Asia.