Which is true solipsism or panpsychism

What is awareness if it is not a substance?

If one substantiates one's own consciousness, so one understands it dualistically as a consciousness in and of itself, then this consciousness would necessarily always be conscious by its nature; an “unconscious consciousness” would be one contradictio in adiecto. But since I am unconscious at times - and by no means only during sleep or under anesthesia, but also in “trance-like phases” during the day - my consciousness cannot be such a substantial consciousness. Likewise would be a Cartesian one res cogitans by definition and by nature doomed forever to have to think all the time. I can do that for myself too - thank God! - deny: at times my thinking is silent. Since my states of consciousness and my mental activities (e.g. thinking about something or thinking of nothing) also covariate with brain processes / states, everything indicates that consciousness is related to brain function, more precisely: that it depends on it.

99% of all natural scientists probably find this statement quite trivial, while philosophers and theologians have speculated about a miraculous second, immaterial and spiritual substance for at least 2,500 years, and 90% of the world's population have speculated that there is probably no immaterial soul and spirit would prefer to stone them for religious reasons.

So if the idea of ​​a conscious substance (soul substance, spirit substance) for the obvious conceptual reasons mentioned - completely without “modern brain research”! - Obviously absurd, how should we then think about “consciousness”? What is “Consciousness”?

Consciousness is a quality, not a thing. So it is better to only use the adjective “consciously”.

A property of what and in what sense?

A certain person or a certain animal are the subjects (carriers) of subconscious and conscious information processing and their resulting automatic and conscious (voluntary) behavior. “Consciousness” is for its part not a subject and not a mysterious substance; accordingly it has no properties either - properties are only used for information processing and the “conscious” property can be determined more precisely through various other properties (e.g. subjective, private, etc.); But this does not make a mysterious “consciousness” subjective, private, etc. The question of how an immaterial substance of consciousness can affect matter or vice versa is superfluous. And living beings are not a miraculous combination of two substances, a material body and an immaterial substance of consciousness. With various brain diseases, at the latest in death, we lose the corresponding abilities and thus “the consciousness”. However, there is no such thing as a spiritual soul or consciousness substance, so it cannot leave our body (just as the ability to ride a bicycle or play the piano cannot leave a dying person).

For comparison: An object is red due to certain properties of its surface structure, which allow it to reflect red light, but to absorb light of other colors. No miraculous "blush" has been sunk into this object and if one day it fades in the sunlight, no "blush" leaves this thing accordingly. Much more it loses its reflectivity due to changes on the surface. While the nature of the surface and the fact that it is red does have causal relevance, “the redness” has no causal relevance for one simple reason: it does not exist. Questions about the existence of “the redness” and the metaphysical conditions of the possibility of an interaction with material things are also obsolete. 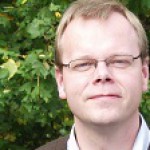 Born in Emsdetten / Westphalia in 1967. Diploma cath. Theology 1993, Psychology 1997, both at the University of Bonn. After a year at the Max Planck Institute for Neuropsychological Research in Leipzig (1997-98), I have been a clinical neuropsychologist at the University Clinic for Epileptology in Bonn since October 1998. I did my doctorate at Bielefeld University (2004) and qualified as a professor at the Medical Faculty of Bonn University in 2015 (Venia legendi for the subject of neuropsychology). Clinically, I have been responsible for the child neuropsychological area of ​​our clinic for many years; I often talk to adult patients with difficult-to-treat epilepsy or psychogenic non-epileptic seizures about coping with the disease. My research and teaching focus is on clinical neuropsychology (e.g. postoperative cognitive outcome after epilepsy surgery in childhood) and behavioral medicine (e.g. depression in epilepsy, seizure documentation). I have repeatedly dealt intensively with the philosophical and theological implications of modern brain research (see my previous blog REALITY Theology & Brain Research), a topic that still flows heavily into my lectures and my public lectures.