Can the US government censor the press?

Thomas Jefferson: "You can no longer believe what you see in a newspaper"

In February, a sentence over 200 years old went through the US press. At an event in Florida, none other than Donald Trump quoted Thomas Jefferson's famous statement - thereby defending his own declaration of war against journalists. Many great presidents have fought the media and their "lies", said Trump in front of his cheering supporters.

In fact, Jefferson, the third president of the United States, was one of the strongest advocates of press freedom. In 1787 he wrote that if it were up to him, "newspapers without a government" are better than "a government without newspapers". Jefferson later referred to the press as "the society's alarm bell". His contemporary James Madison is considered the father of the constitution, in which freedom of the press is enshrined as a fundamental right.

The sentence quoted by Trump comes from the time when Jefferson was already President. There was a simple reason for his growing aversion to newspapers: the two-party system in the USA only developed with Jefferson, "and with it a press that was organized along the party lines," explains historian and USA expert Norbert Finzsch. "The newspapers of the more conservative Federalists were very critical of Jefferson and he had to counter it with his own party press." Despite his frustration, Jefferson defended the freedom of the press until his death.

Abraham Lincoln: "Public Opinion Is Everything"

The 16th US president knew exactly about the power of the media - and tried to use it for his own purposes. Unlike Obama and Trump, he had to take advantage of the reach of newspapers. In 1859, Lincoln even went so far as to buy the German-language "Illinois Staats-Anzeiger" during the presidential election campaign in order to secure the votes of German immigrants.

According to the American historian Harold Holzer, Lincoln manipulated the press "like no other president". He passed information on to well-meaning journalists or rewarded them with government posts, and he ensnared unpopular journalists. Some also ended up in jail. The Republican was only able to get the famous document to free the slaves through thanks to the press. "At this time, in this country, public opinion is everything," Lincoln once said. "Nothing can fail with her, nothing can succeed against her."

In 1962, journalists asked John F. Kennedy whether he still read a lot of newspapers. The Democrat replied that it was never pleasant to deal with unpleasant news, but the press was "an invaluable weapon for the presidency to control what is going on in the government, and it gives me many more things to worry about or give me information. "

Kennedy, who was murdered in 1963, was considered a passionate newspaper reader. But he was also the first president to successfully use television to communicate with the population. Its first press conference alone saw 65 million TV viewers.

Richard Nixon: "The press is the enemy"

Long before Trump's Twitter tirades, another man in the White House described the press as an "enemy" - albeit not in public, but in a phone call with Henry Kissinger. The increasingly strained relationship between Richard Nixon and the media during his presidency reached its low point with the Watergate affair. In 1973 reporters Carl Bernstein and Bob Woodward reported in the Washington Post about a break-in into the Democratic headquarters at the Washington Watergate Hotel, commissioned by Nixon employees. Among other things, bug bugs should be installed.

Woodward and Bernstein received the Pulitzer Prize, Nixon resigned under massive pressure in 1974 - as the only president in US history. In 1977 he tried to rehabilitate himself in an interview with British presenter David Frost. However, through specific questions, Frost got Nixon to admit his betrayal of the interests of the American people.

Ronald Reagan: "Every President tries to use the press to his / her advantage"

They called him "The Great Communicator". Former actor Ronald Reagan was a master of staging - and the nation's darling. Even in Nixon's time, it was ensured that the president did not get into situations in which he had to deal spontaneously with reporters, says Norbert Finzsch. The system was perfected under Reagan: "His appearances on television were carefully orchestrated, there were always US flags in the background and only friendly journalists were present."

Every president tries "to use the press to his advantage and to avoid situations that are not advantageous for him," said the Republican towards the end of his term in office. The media could very well take care of themselves. "And a president should also be allowed to take care of himself." 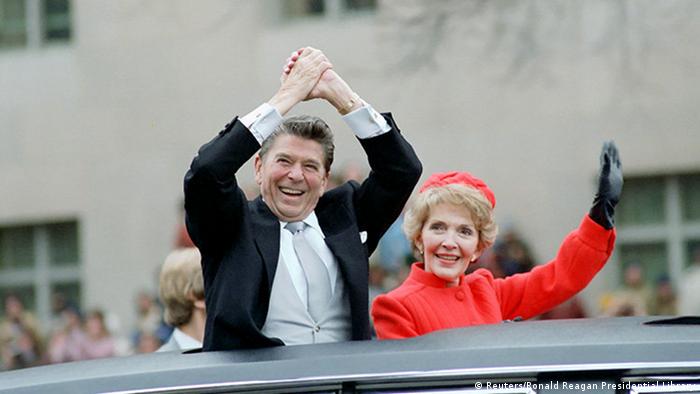 Barack Obama: "We always had the same goal"

Twitter, Facebook, Instagram, YouTube, Snapchat: no other president had so many channels open to addressing citizens personally. With appearances in late night shows and interviews with YouTube stars, Obama was able to score points with the boys, he played the keyboard of social media communication confidently until the end.

His relationship with the traditional media was more strained: a 2015 analysis by the Associated Press found that never before had so many government files been censored and access to information restricted as often as under Obama. Journalists and organizations repeatedly demanded more transparency from its administration. "I know we sometimes had disagreements," Obama admitted in April 2016, referring to his relationship with the media. "But we always had the same goal: to anchor our public discourse in the truth."

Donald Trump: "The Enemy of the American People"

It would be an understatement to say that the 45th President of the United States is at war with the media. Almost every day, Trump attacks the press through his favorite mouthpiece, Twitter - at best the right-wing conservative broadcaster Fox News occasionally receives special mention. Tensions peaked in February when Trump declared a number of mainstream media outlets "enemies of the American people". The day before, at a high-profile press conference, he announced that he preferred to "speak directly to the American people" because the press was "completely out of control".

Whether it's about the wall on the Mexican border, the latest polls or a possible influence by Russia in the US election campaign - for Trump, news that doesn't suit him can't be true. While his spokesman Sean Spicer and himself regularly make headlines with false claims, the president repeats the mantra in public appearances and in the social networks like a prayer wheel that the media is "dishonest" and critical reports are "fake news".

Is Trump's behavior unique in US history? Yes and no, says Norbert Finzsch: "The tactic of bypassing the media, gathering a select group of journalists around you and passing on information selectively is nothing new." This has been the standard strategy in the White House since Nixon. George W. Bush and Obama would have done it that way too. What is new is that Trump does not brand the press behind closed doors, but publicly as an enemy, instead of just thinking of it as an opponent. Finzsch also has an explanation for this: "This is part of his overall strategy of portraying himself as an outsider."