Are depressed people good at university?

Martin is 24 and is about to complete his master’s degree. What makes things more difficult: He suffers from depression and has repeated panic attacks. Every day is a double challenge for him. 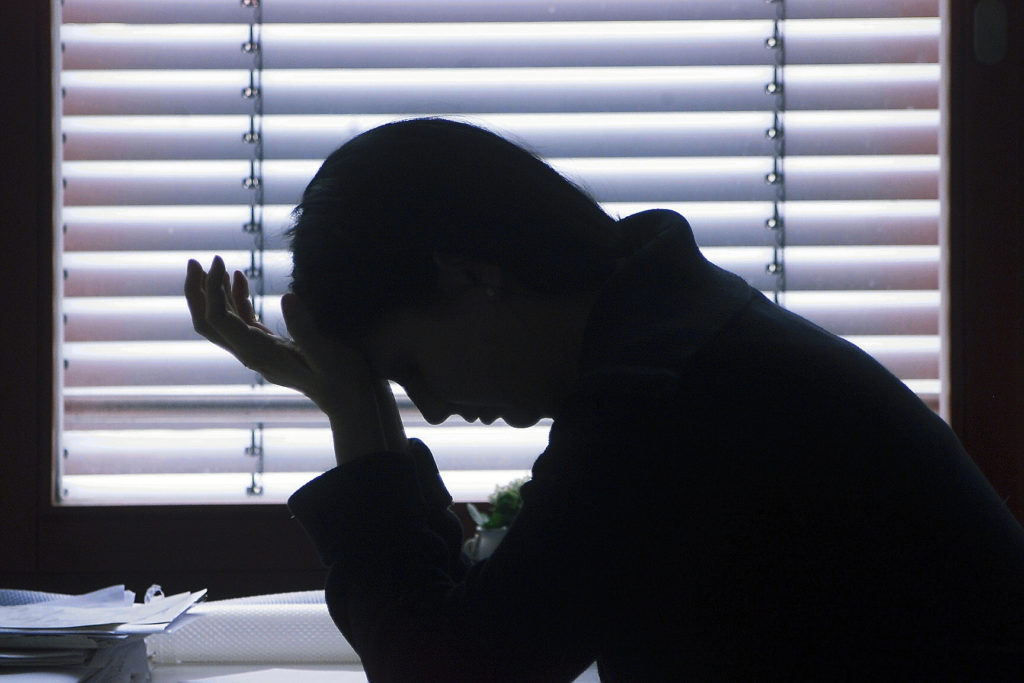 Most of the time it comes suddenly, with no warning. Martin * then wakes up in the morning and everything is gray - even when the sun is shining outside. On days like this he just wants to stay in bed, pull the covers over his head and sleep. Sleep until the emptiness disappears and the colors return. There's just one problem: Nobody at university cares if Martin's depression is back. Nevertheless, the lecture starts punctually at 9 a.m., the new material is still covered, regardless of whether it is present or not. The mill wheel continues to turn, with or without it.

Martin knows that and it doesn't make his situation any better. On the contrary, it actually reinforces the thought of staring into a gigantic hole. With every day he misses, the fear grows, the feeling of failure grows, of being useless, of nothing to anyone. His head then becomes his worst enemy. Instead of helping him focus on his studies, studying for exams, or just letting him enjoy his time at university like many other students, he terrorizes him with a sense of profound hopelessness - a hopelessness that so says Martin, apparently there is no escape. “I hate my depression. And at the same time, she's a part of me. ”Not to hate yourself for being who you are? “I don't always succeed,” admits Martin.

How it all started

He can still remember how it all began. “It really got going in the third bachelor semester. I still don't know what the exact trigger was. ”The exams were just around the corner, Martin was well prepared. He's a good student anyway, not really one to worry about about exams. At that time he passed his Abitur with a score of 1.3, and the grade point average during his studies was always above average. None of that helped him in the third semester. The closer the exams got, the more he felt like he was failing this time. At the same time, the world around him was getting grayer. "It felt like driving into a long, dark tunnel where you can't see the end, but quickly can't remember what it looked like when you entered the tunnel," he says.

Two weeks before the exams, says Martin, he could hardly get out of bed in the morning. Studying was out of the question. In places he just lay there for hours until he could even get up. With each passing day the feeling got worse, the despair bigger, the thoughts darker.

Martin explains that he knew from the introductory events in the first semester that there were offers of help. At that time he still did not go to the doctor or the psychological counseling center at his university - a mistake, as he says today, but the feeling of shame prevailed. In no case did he want to have the official stamp “mentally ill” put on it. At the same time, there was also the concern that nobody would take him seriously or, even worse, that he was just imagining everything. In the end, according to Martin, it was his parents who got him through the exam. “Without her I wouldn't have made it. I don't even know exactly what they did. It probably helped that they stubbornly tried to distract me and give me positive thoughts. "

To this day, apart from his parents, only a few closest friends know what it really looks like inside him. At university, says Martin, they are clueless - that's how he wants it. He is embarrassed at the idea that someone might know about their problems. In addition, says Martin, mental illnesses and especially depression, which he certainly assumes in his case, are often still stigmatized in society in his opinion. "I don't want people to look at me strangely and only see me as‘ the one with the depression ’". At least as uncomfortable is the thought that someone could blaspheme him behind the scenes. "Even my best friend once threw at my head in weak moments, I should just pull myself together and laugh more, then I would certainly feel better." Such statements are not helpful, but Martin does not blame others. He knows how difficult it can be for friends or family to deal with someone who is depressed. That's another reason why he doesn't want to be seen through these glasses in public.

"Studying with depression and anxiety disorders is a huge challenge," Martin explains to me when I ask him about his everyday life at university. “Even things that appear completely natural to others can paralyze me.” Addressing a lecturer after the lecture is something like this, for example, or starting with preparation and follow-up after university. “When I'm not doing well, I often can't start for hours, sometimes not at all. It all seems so pointless to me and I wonder why I am still doing anything. "

The worst are the "attacks", as he calls them, when they suddenly occur during the day. As if out of nowhere, a cloud of negative thoughts came over him, sometimes he would cry. "My brain then just closes." His whole life seems hopeless to him at such moments. "You are useless, you do not deserve a place in this world" - these are the thoughts that then shot through his head. Often the only thing that helps him in such situations is to quickly run away and go home. The sight of normal or happy people - for Martin in these moments an overwhelming demand.

He does not want to take drugs for depression, he is afraid of the side effects and of having to take pills for life. After all, over time Martin has developed a number of strategies that make everyday life easier for him. “Exercise helps, I get other thoughts or can't think too much because it's so exhausting.” Meeting friends or meditation exercises could also help to make you feel better. However, none of this is a panacea. "There are days when I can do what I want and nothing helps."

Martin definitely wants to finish his master’s degree. Actually, it would be high time for him to apply for jobs or look for a PhD position. He can see what his fellow students are doing around him. But for that, he says, he currently lacks the strength: "My top priority must be that I finish my studies well without going crazy."

What's more: Martin is afraid of the time after graduation. How should he survive in his job or do a doctorate for several years if he has already struggled so hard with himself during his studies? “I can't really imagine how that should work. Of course, it's stupid if you keep dropping out during your studies because something is not ticking right in your head. But it's not a problem if I don't show up for a week or two. Nobody notices that in the lecture. ”In professional life, however, this is no longer so easy. The idea of ​​disappointing not only others, but above all himself because of his illness, gnaws at him hard. “Of course I would like to be like everyone else, so optimistic and carefree. A guy who is up for the time after university. ”But whatever he is doing, he is not succeeding at the moment.

“Maybe after finishing my master's degree I will go on vacation for a long time and then start therapy,” he ponders towards the end of our conversation. A friend would have advised him to do so, his parents would not find the idea bad either. Now is a good time, the gap in the résumé can then be explained. Martin has not yet made a decision.

* The name has been changed by the editors, meanwhile a medical report about Martin's illness is also available.

You can also read in the university blog: On the campus couch, psychological advice from students for fellow students

Keywords: studying with depression
To press
Send post by email

An error has occurred. Please check your entries.