Can I trust Ahmedabad rickshaws

On the way to the village of Irana, slalom along dusty gravel roads past ox carts and motorcycles. Irana is located 50 kilometers north of the city of Ahmedabad in the western Indian state of Gujarat. It's ten o'clock in the morning and already over 40 degrees Celsius. A rickshaw driver waits for passengers in the shade of a large banyan tree. Ranjan Parmar approaches with a beaming smile on a scooter. With her turquoise blue trousers, plaid kurta and a bright yellow scarf, she is dressed in the style of an urban Indian woman. This is a self-confident statement for a woman who belongs to the Dalit population, the so-called untouchables, who are at the bottom of the Indian caste system. Dalit women are often required to wear a traditional sari and cover their face with a veil. 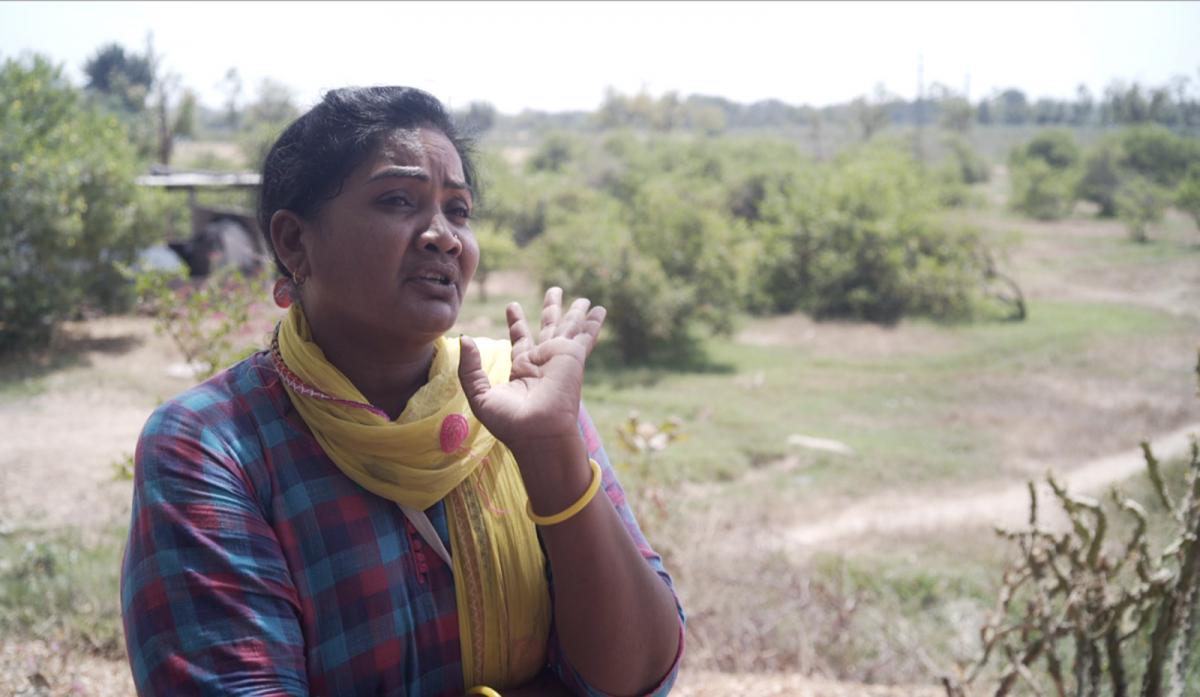 She now knows her rights: the Dalit Ranjan Parmar from Irana.

Many women and children are gathered in front of the Parmar family's house, waiting for Manjula Pradeep. The lawyer and Dalit activist has worked with Dalit women in rural Gujarat for over 25 years. Pradeep fights for the emancipation of women and against violence and discrimination. “Through Manjula we learned how to claim our rights. I think of her every day, ”says Parmar with tears in his eyes, overjoyed to see her again. Parmar's mother-in-law, Manjula Ranjan, proudly reports on the success of the awareness camps organized by Pradeep in the village. 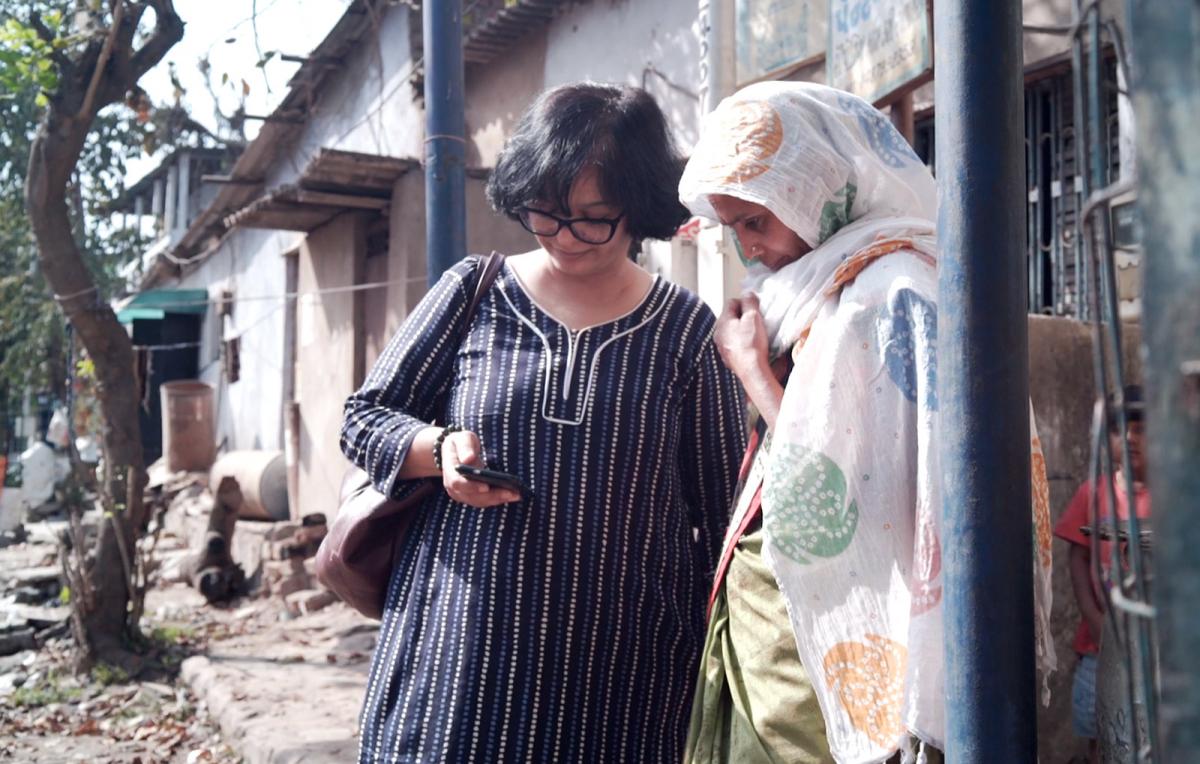 In various training programs, the women were informed about their rights and encouraged to organize themselves, to raise their voices and to fight against oppression. “Manjula showed us the strength of the community. We women now stick together and are no longer afraid of the men of the dominant castes, «says Ranjan. “She also taught us to drive scooters. There used to be no women here who drove scooters. Today we can move freely and confidently in the village. "

The biggest problem here in the village is alcohol, she continues. Although Gujarat is one of the three states in India where alcohol is banned, there is at least one illegal distillery in almost every village. “When the women come home from a long day of work in the fields, the men take the money to buy alcohol. When they come home drunk, the men are often angry and beat the women, ”reports Ranjan. Pradeep's "Stop Violence Against Women" campaign organized the women in the village to put an end to the sale of alcohol. She shows videos of the action on her smartphone, showing women armed with sticks who angrily march in front of the illegal distillery and loudly demand the end of production. "Today no more schnapps is sold in Irana," says Ranjan proudly. The violence against Dalit women does not end there, however. Domestic violence is still a major problem in many families.

“Manjula Pradeep showed us the strength of the community. We women are no longer afraid of men of the dominant castes. "

The NGO Jan Sahas is based in a quiet settlement on the outskirts of the city of Dewas in the central Indian state of Madhya Pradesh. The organization founded by Ashif Shaikh in 2003 fights for the rights of Dalits and supports women in defending themselves against the complex structural discrimination. Jan Sahas provides legal and therapeutic follow-up work for those affected by sexual violence, discrimination and human trafficking. This can only happen through education, education and alternative sources of income, says Shaikh. However, Dalits are often denied access to education, which means that social marginalization already begins in childhood. 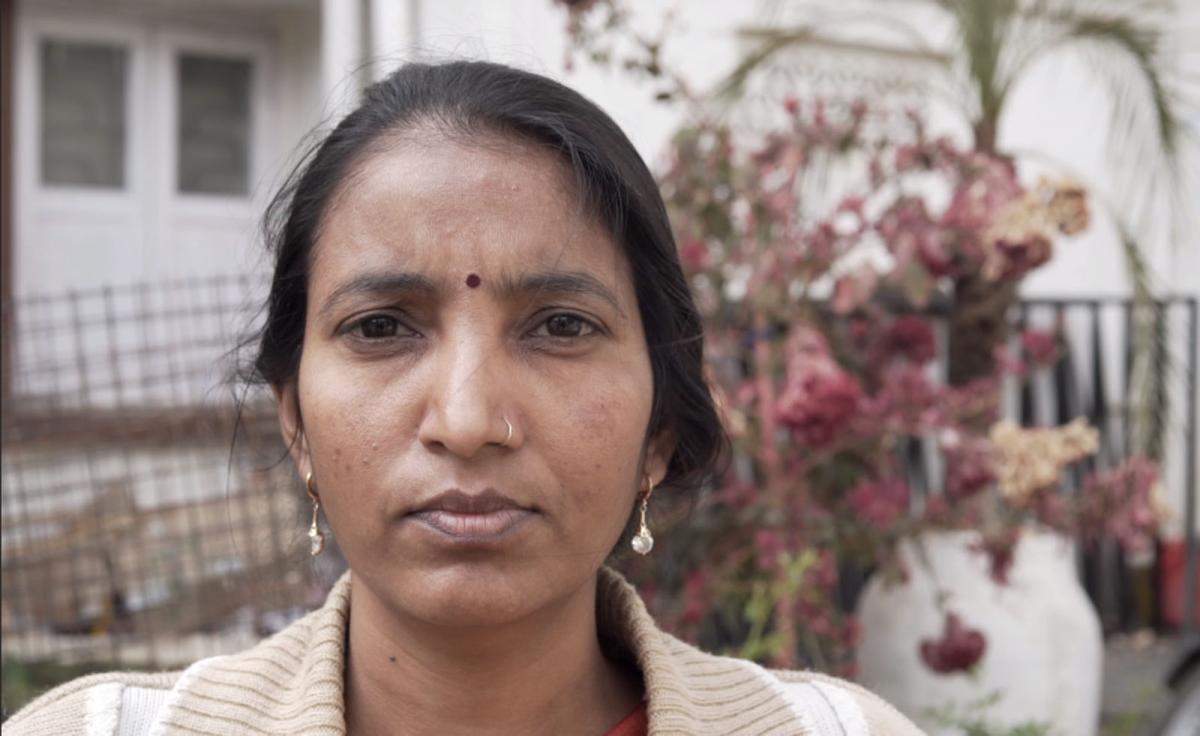 Fight against discrimination: Manju Chouhan from the NGO Jan Sahas

The social worker Manju Chouhan is one of Jan Sahas' employees. “Dalit women have suffered violence from early childhood. They are easy targets for the dominant castes and mostly unable to raise their voices, ”she says. It is their aim to create public awareness of this. She comes from a Dalit community and has suffered violence and discrimination herself. Their motivation to stand up for the rights of Dalit women and children in particular is based on this.

The discrimination and the assaults, which not only come from male-dominated castes, mean that violence is part of everyday life for many Dalit women. In cases of sexual violence, it is hardly possible for them to articulate it publicly. "Talking about these issues is very difficult," says Chouhan. “Even if women want to raise their voices, they are first forced to be silent by their own families. Even if the victim decides to file a complaint, members of the Dalit community and sometimes their own families ask them to come to an out-of-court settlement, otherwise they are threatened with eviction from the village, ”said Chouhan. Added to this is the fear of further attacks by members of the dominant castes. The threat of additional violence is a popular means of forcing women to remain silent. The fear of being blamed for the assault and of being socially excluded and stigmatized is a structural problem within the Dalit communities. Chouhan sees the greatest problem in the struggle for dignity and justice as the impossibility of reporting an assault and bringing it to justice. According to a 2015 study by the National Campaign for Dalit Human Rights (NCDHR) on violence against Dalit women, less than one percent of perpetrators are convicted by a court. In 47 percent of the cases, the women do not file a complaint, mostly out of fear of further violence and social exclusion.

"Even if women want to raise their voices, they are first forced to be silent by their own families."

Jan Sahas' team tries to reach the women in the villages through education in particular and to build up a basis of trust. As a preventive measure, the aim is to publicize support offers. This includes the distribution of emergency numbers as well as legal clarification. Those affected should have the certainty that they will be heard and that they are not alone with their situation. "It always starts with building trust," explains Chouhan. "Because nobody listens to them, neither their own families nor the government, it is very difficult for those affected to believe that they are supported in the struggle for justice." In addition, there are cases in which women accept their unworthy situation as their deserved fate as the Brahmin caste tradition dictates. This ideology is based on Hindu scriptures such as Manusmriti, which is over 2,000 years old, and which organize social life through religious duties and rites. They are written from a Brahmin perspective, the perspective of the highest caste. To be at the bottom of the social hierarchy is the result of bad karma due to serious violations of social obligations in a previous life.

From assault to assault

As soon as an assault is reported to Jan Sahas, Manju Chouhan goes in search of the victim. When she and her team look for information in the villages, she faces major challenges. First, she and her team have to find the place of residence of those affected. If they asked for the address, they would often be sent to the perpetrator's home, Chouhan said. “These are mostly men from the dominant castes trying to convince us that nothing has happened. The women themselves had a bad character and invented history to tarnish the reputation of the man in the village, ”says Chouhan angrily. When they reach the house of those affected, many people are often already gathered there, mostly men. Sometimes family members would hold up the team. Chouhan and her colleagues would have to try to convince the family that they have come to help her. If it doesn't work to convince the family, those affected are given a telephone number and told: "If you need help, just give us a call, our numbers are available 24 hours a day." The team always has a lawyer with them who can Explained the legal options to women.

The assault itself is not the only problem; the methods used by the police or by lawyers in court were an additional burden for the women. Chouhan lists various aspects of legal support: “Most women have no experience with the court and are scared. That's why we explain to those affected what the court looks like, who will be there, how the judge and lawyers ask questions and what to look out for when they tell their version in court. "

Another problem is the medical examination after a rape. "There are many protocols that male doctors do the two-finger test on," says Chouhan. The test is designed to determine whether or not rape has occurred. The method has been banned in India since 2013, but continues to be a daily practice. “A doctor sheathed two fingers to see if the woman was raped. If the two fingers easily get into the vagina, the person is used to sex, ”explains Chouhan.

At the police station, the women would have to suffer further agony. Police officers in rural areas largely belong to the dominant cast. The police often keep those affected waiting for hours, often either no complaint is made or another violation of the law is made to protect the perpetrators, Chouhan reports angrily. “We feel that the survivors are raped several times. The behavior of the police or the lawyers in court forces the women to face the drama several times. "

If the family excludes the affected person, Jan Sahas tries to organize an alternative livelihood for them. The first thing to do is to look for new accommodation outside the village. "Unfortunately, that's not always possible," says Chouhan. If the women have a basic education, try to find them a job. “In many cases, the women are illiterate,” says Chouhan, “then it is difficult to find a job. But we never lose hope «.

So far, Jan Sahas has provided legal support for women in more than 9,000 cases. In most cases, they brought the assaults to court. Chouhan reports, for the first time with a smile on his face, from the "Dignity March" from December last to the end of February this year, which Jan Sahas helped to organize in order to raise awareness in Indian society of the oppression and discrimination of Dalit women . From Mumbai to Delhi, around 5,000 Dalit women, accompanied by supporters, crossed a total of 24 countries. They demanded an end to sexual violence and stigmatization along the 10,000 kilometers traveled.