What is ironic about ironic Baerten

The people on the street can't handle glitter sweaters and the straight people in the cinema can't get on with lesbian sex scenes. 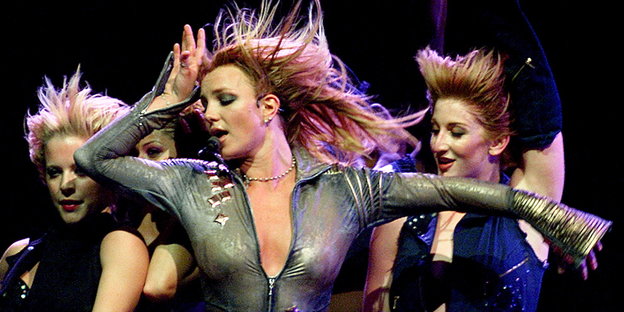 "Lord Voldemort" is written on her bag - above it is the famous "LV" symbol in the classic font of the French fashion house Louis Vuitton. I roll my eyes. It must be Fashion Week in Berlin soon, I think. And this young woman on the train is obviously making a lot of effort to prepare for it - clearly ironically.

That's _the_ trademark of the capital - always ironic and cool at the same time. There is dancing to Britney Spears - but only as an ironic throwback. T-shirts with slogans are worn - but only as social criticism. And the hairstyle looks as if Stauffenberg had put a saucepan on his head and cut his hair around it - a haircut against oblivion, of course.

When L. and I walk through Neukölln, people roll their eyes on the streets. Both beards, he glitter sweater, I black Walle-Walle-onion look. And then often the questions come from strangers or friends that I can no longer hear: "You mean your look ironically, right?" - "Um, no." - "At least the beard?" - "Neither." - "Really not?" - "Shut up!"

The beard is the real problem. This was very clearly noticeable in the cinema. L. and I saw "Blue is a warm color". Even before the film started, I was annoyed when I saw the queue in front of the off in Hermannstrasse - heterosexual people who wanted to see a “lesbian film” with a lot of ambition. Finally, there is also a seven-minute sex scene there. What a surprise - heterosexuals are not that open-minded.

After two minutes (I know exactly because I looked at the clock) the first of them started to giggle. And that in such open Berlin. For many straight people it is probably unimaginable how women fuck like that or that they even fuck. After all, something is missing in sex between women.

The tail is missing especially for these idiotic heterosexuals who go to such films to prove to themselves how modern and open-minded they are. They bring themselves down on their openness. You feel progressive. This hypocrisy pisses me off, however.

After the film in this crazy open round, L. took his things from the armchair next to him. A guy who had his coat on the same chair gave us a weird look. Then he asked his girlfriend indignantly: "Did he take my scarf with him?" Just ask him. "

From the other side - silence. The blond youth, a model humanities student with an urge to improve the world, felt caught - and kept his mouth shut. Two bearded men? That must mean danger. You never know. I mean, we both wore really cool and funny sweaters.