What led to the struggle for Africa

70 years ago, on May 8, 1945, the German Wehrmacht surrendered. The Second World War was over - at least in Europe: When the media in Europe write about the seventieth anniversary of the atomic bombing on Hiroshima this August, says journalist Karl Rössel, they will not notice that they had declared the war over three months earlier .

That shows how relative the perspective is. One could see it as a sign that there is still a lack of awareness in Germany of the extent of the Second World War outside of Europe. This is not only borne out by the more than one hundred thousand dead in Hiroshima: the African colonies of the time were also drawn into a war that was not theirs. Hundreds of thousands of West African soldiers were sent to the front in Europe for combat missions from 1939, and countless men from the British colonies had to do their duty as unskilled workers and porters. In France, Germany or Italy, in India, Myanmar or on the Pacific Islands, African soldiers gave their lives for the European colonial rulers. 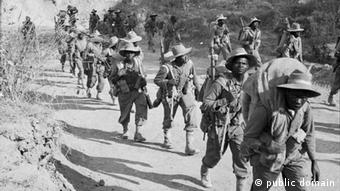 Forced recruitment under the guise of voluntarism

It is true that newsreels in Europe talked about volunteers. On site, however, things looked different: The Congolese war veteran Albert Kuniuku is 93 years old and chairman of the Veterans Union in Kinshasa, the capital of the Democratic Republic of the Congo. The country was a Belgian colony until 1960. Kuniuku speaks of clear forced recruitment: "I was working in a textile company when they came for us. Then they went to other companies. All young workers were recruited, none of them were over 30 years old." Senegalese-born veteran Yoro Ba also remembers the day the French came to his village: "If we men had stayed at home, we would have come to court and possibly been shot."

They were not told exactly what they were supposed to fight for, says Baby Sy, a veteran from Burkina Faso: "Back then, people in our country didn't know what it was about when fascism was mentioned. 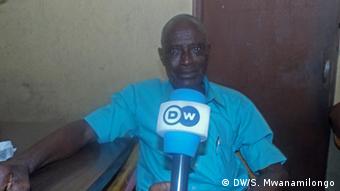 All they told us was that the Germans attacked us and that we Africans thought we were monkeys. As soldiers, we could prove to them that we were human. That's it. There weren't any more political explanations at the time. "

Everyone is equal in war
Whether in captivity or at the front - the African soldiers inevitably came into contact with European soldiers and with the reality of life in Europe. This had an impact on their awareness-raising and thus also on their political actions in their home country.

The Senegalese writer and filmmaker Ousmane Sembène, himself a former colonial soldier, said: "During the war we saw the whites naked and we have not forgotten this picture."

That had far-reaching consequences. The African soldiers experienced the so-called 'master people' from Europe in the mud and dirt, suffering and dying, says Rössel, who has been researching the subject in West Africa for 10 years. "It made them realize that there are no differences between people." This in turn led to many former soldiers joining the independence movements in their countries after they returned home. 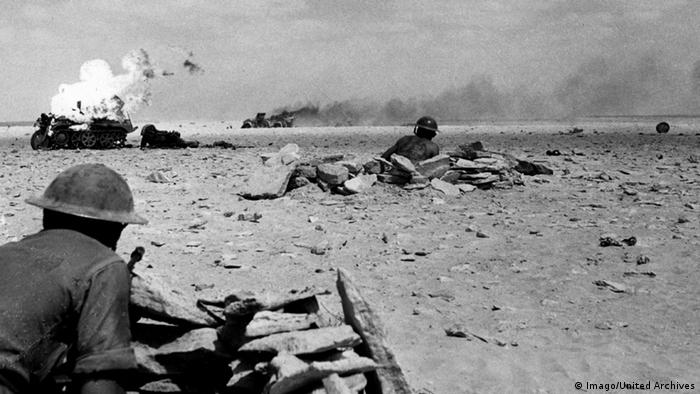 Proud and bitter at the same time

But not all veterans have found access and acceptance in the independence movements, says the historian Raffael Scheck from the University of Waterville in the USA. Many liberation fighters criticized that the veterans had made common cause with the colonial powers and oppressors.

Today many veterans remain bitter. Although they fought for the victory over fascism, they get little recognition for it. "I only get 5000 Congolese francs [around five euros, editor's note] a war pension a month. That is not worthy for someone who has represented Belgium's interests," complains veteran Albert Kuniuku.

Afraid of the consequences for the present

According to Rössel, the fact that this chapter remains only a marginal note in European and above all in German history books is due to the fact that the countries in Europe shied away from drawing conclusions for the present. 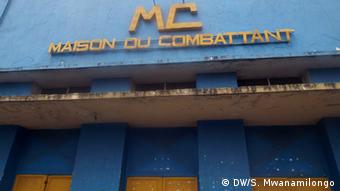 Numerous veterans clubs across Africa represent the rights of survivors

"If you are serious about coming to terms with the process, then you would have to deal with the descendants of our liberators differently than is the case today in refugee policy," said Rössel. "One would have to pay compensation for the consequences of the war around the world. But almost nowhere has it been cleaned up or rebuilt afterwards."

In 1946 the Congolese soldier Albert Kuniuku returned to his homeland. For two years he had fought against the Japanese on the side of the Allies in South Asia. When asked whether he was proud of his military service, he paused. Tears run down his cheeks. No, he replies, he's not proud. The grief for his fallen comrades runs deep. Only a few of the 25,000 African soldiers who left for India with him came back.