Digital dementia: does the internet make you stupid?

Life without the internet is completely excluded nowadays. Almost everything happens online and digitally, and for younger generations it's an absolute miracle how their parents actually managed to do it without Facebook, Google and Wikipedia to get through the day. We now communicate around the clock and around the globe. It beeps, rings and vibrates everywhere and at the same time. But is that really positive? Critics speak of digital dementia and declare that constant use of the internet would make people more and more stupid. But what is really true about this thesis? We show how the internet can affect your brain ... 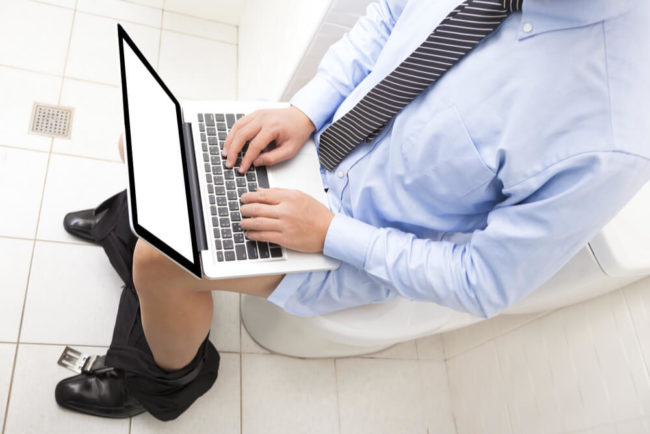 The e-mail inbox is always open during work, and the current live ticker for the latest news is scanned, comments on an exciting article are read and, of course, what's happening on social networks is always updated. In short: it comes to one permanent overstimulationwhich is not without consequences for the brain. The reason: the brain is in one permanent state of stress.

First of all, the ability to concentrate decreases. Employees in the office in particular are constantly interrupted at work. Either the phone rings or Outlook sounds the alarm because of a new e-mail that must be read immediately. Or remember the last time you were really complete for a long period of time undisturbed and without distractions have worked?

The constant overstimulation especially from the Internet is also with it negative effects on the ability to learn and creativity connected. A study by King’s College in London also comes to a frightening result: people who read and write e-mails in addition to their work work as if they had an intelligence quotient that was up to ten points lower.

So one could really speak of that the internet makes you stupid.

The so-called also cuts into the same notch Google effect. Betsy Sparrow, a psychologist at Columbia University, conducted an exciting study. For example, the participants were asked to type 40 trivial statements into a computer, including things like “An ostrich's egg is bigger than its brain”. Half told Sparrow that the data would be deleted afterwards, the other half that it would be saved automatically.

The result: The second group could hardly remember the statements afterwards. True to the motto The computer still knows! the participants hardly noticed anything themselves.

At a second attempt the test subjects should retype texts. A window then opened on the PC and informed them where on the hard drive the statements were stored. Shortly afterwards, Sparrow asked the participants to remember the texts. Gone stupid: The majority remembered the location but not the content.

The Google effect watch regularly. To name just two popular examples: How many of your best friends' phone numbers do you remember by heart? Probably not very many, after all, there is the smartphone. And what about the associated birthdays? While your own family is mostly still in your memory, there is Facebook so that you don't forget another birthday.

In short: We have less and less in our head because we have more and more on our mobile phones or on the Internet. Because the brain works in a similar way to a muscle, it needs to be challenged and trained. If these incentives are lacking, performance will decrease in the long run.

An urban legend about Albert Einstein

Of all things Albert Einstein a nice anecdote circulates about it. This most likely belongs to the category of urban legends, but illustrates this trend in our society today:

Albert Einstein was out with a reporter to give him an interview. In the end, he asked for his phone number - just for any queries. Einstein then went to a nearby phone booth, opened the phone book, looked up his number and gave it to the perplexed reporter. “Don't you know them by heart?” Wondered the journalist. "Why should I burden my memory with my telephone number," replied Einstein, "when I can find it in the phone book at any time."

True or not: It doesn't seem to have harmed Einstein's brain, but you should still train your brain rather than rely on being able to look up all the information on the Internet.

Before you avoid any search engine, you should be aware that the Internet is of course not inherently bad. There's absolutely nothing wrong with using Google or other sites to look up things you don't know. Because the internet is and will remain: a knowledge medium. How this is used depends primarily on the user.

Certainly some will succumb to the curse of hardly choosing, questioning, and weighting from the sheer mass of stimuli and superficialities. But they are probably the same ones who have already done this before with other media - television, radio, newspapers.

The important keyword at this point is Media literacythe ability to deal properly with such information and communication channels.

Which content the user calls up, whether he is educated or just let himself be sprinkled, is entirely up to him responsibility. There is no mistake in not knowing a name. Or do you know the name of the King of Thailand spontaneously? However, it is up to you whether you look up the name and immediately forget it, or whether you want to learn something and save the information for the long term.

A matching parabola: Or is the supermarket to blame if people only eat frozen pizza and canned beer? Just. Here, too, there is a wide range of options for using this, but it depends on the consumer.

In addition, by the way: If you are under stress at work, you can relax and entertain in the evening - pardon, sprinkle. A There is no obligation to permanent education.

Digital dementia: There is disagreement among researchers

However, different scientists disagree when it comes to digital dementia. Not everyone agrees that computers and the Internet are harmful to the brain. Ben Storm and Sean Stone were even able to show in their research that it is maybe there is no reason to be afraid of digital dementia. Study participants were asked to read two lists with different words. In the second step, you should state which words you can still remember.

Unsurprisingly, the test subjects remembered more words from the second list, which was read later but the first to be queried. However, the result of the next query was astonishing. Now the participants could save the first list to a computer after viewing it and look at them again before they are queried. As expected, the study participants now remembered more words from the first list, after all they were allowed to look at it twice. But the results for the second list, which was still only seen once, improved significantly.

The researchers assume that saving leads to the brain is no longer preoccupied with the words it has read and therefore more information is better absorbed can be. In order to learn new things, it can be helpful to forget the old first - or to save it so that you can read it again at a later point in time.