How European is Russia 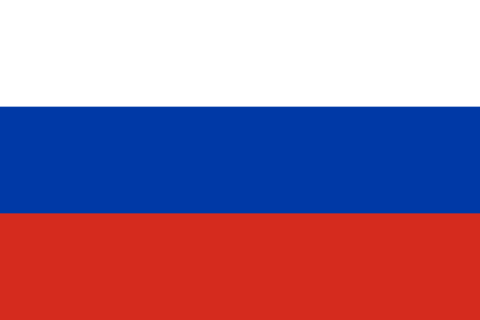 Russia is the largest country in the world and spans two continents: Europe and Asia. There is a small European and a very large Asian part. Russia has eleven time zones and is bordered by four seas: the Arctic Ocean in the north, the Pacific Ocean in the east, and the Black Sea and Caspian Sea in the southwest. Because the country is so big, it also has many neighbors: 14 countries border on Russia!

Russia looks back on a long history. In the last century, the country formed the Soviet Union together with many smaller states from 1917 to 1992. The president is the country's head of state and has a lot of power. He is directly elected by the people. There is also the head of the government, the prime minister.

The government's goals include fighting corruption and crime and increasing economic diversity. Russia's many raw materials mean that the country is very dependent on the sale of these raw materials, such as natural gas. Therefore, attempts are being made to strengthen the Russian economy outside of this sector as well. It is particularly important for Germany that human rights are observed more closely in Russia and that freedom of the press and freedom of expression are more observed.

The Crimean peninsula is located in the Black Sea. With the support of the Russian majority in Crimea, Russia took Crimea away from Ukraine in 2014 and made it part of Russia. The protests of many Ukrainians, as well as the European Union or the USA, have not been able to change that. Russia was therefore excluded from the G7 meetings of major industrialized nations and subjected to economic penalties. The Crimea is so important to Russia because it secures access to the Black Sea for the Russian fleet. Russia believes that is very important to its position in power.

Most of the cities are in the European part of Russia, west of the Ural Mountains. Over ten million people live in the capital Moscow alone. The most famous building in the Russian capital is the Kremlin. The tsar, the Russian emperor, used to live here. Today this is the seat of the Russian President. The Kremlin is bordered by the Red Square, which is actually called "Beautiful Square". Moscow, Saint Petersburg and other large cities have an impressive range of cultural institutions, such as operas and museums.

Forests and steppe in Asia

The part of Russia that is on the Asian continent is usually referred to as Siberia. This huge region is famous for long, icy winters, a few very hot summer months and many natural resources. The landscape in the north is very barren, while the rest of Siberia has many forests. Overall, not many people live in this large area. The major cities are connected to each other and also to Moscow by the Trans-Siberian Railway. In the east of Russia there are still many rare animals, for example the Siberian tiger and the Amur leopard.