What are most roofs made of 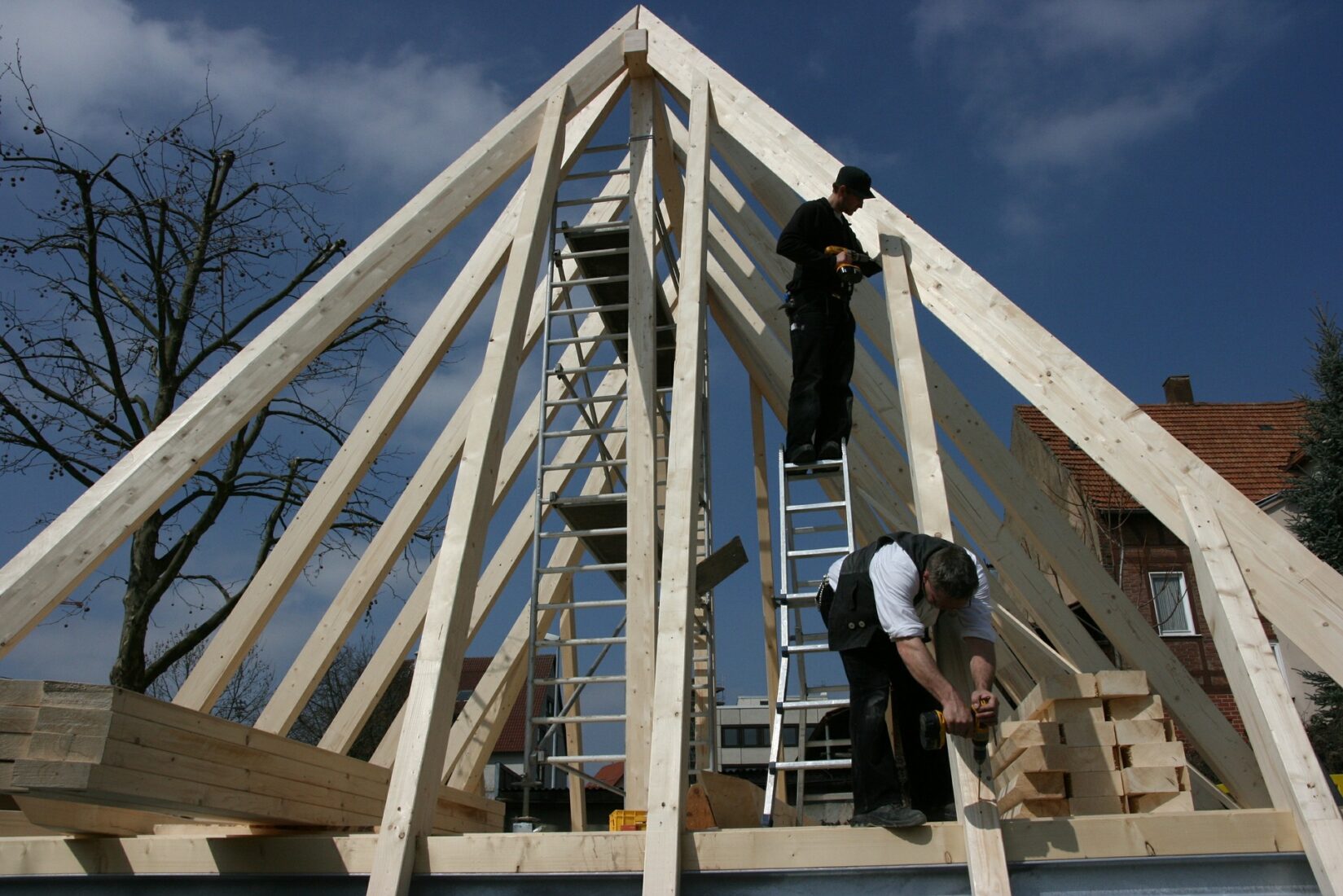 Inclined roofs usually have a wooden substructure - also known as the roof truss. This serves as a supporting structure for roof tiles, insulation materials and the pitched roof cladding on the interior side. It is timbered from different wooden beams and wooden slats - including the rafters. Some roof structures are also called like this: rafter roof. But there are also so-called purlin roofs. What is the difference?

To say it in advance: A purlin roof also has rafters. On the whole, it is constructed in a similar way to rafter roofs. With one major difference: in purlin roofs, horizontal longitudinal members are also built in - parallel to the ridge. These are the so-called purlins. In addition, vertical pillars are usually added. Due to this construction, such roof trusses are particularly resilient.

In the traditional rafter roof, on the other hand, the supporting structure consists only of thick wooden beams (rafters) that run from the top of the roof to the gutter. A roofing craftsman would say: from the ridge to the eaves. The roof battens are then attached to the rafters. With a simple saddle roof with two inclined roof surfaces, the rafters of the two roof surfaces meet in the ridge area. Two of them are connected as a pair of rafters.

If the roof structure is on a wooden beam ceiling, then the pairs of rafters are connected at the bottom with one of the ceiling beams. These complete the typical rafter triangle, so to speak. If the attic ceiling is made of reinforced concrete, the rafter feet often lead to a support beam that is firmly connected to the reinforced concrete ceiling. The rafters and ceiling thus also form the statically required closed triangular shape here.

Advantages and disadvantages of the gable roof

A typical rafter roof does not need any vertical support beams in the attic. This has the advantage that the roof space remains completely free - an argument that counts in particular if it is to be expanded for residential purposes. On the other hand, such a roof structure can only be loaded to a limited extent, because the rafters alone have to absorb all loads and forces that occur.

In the case of a house with a small building depth, the forces acting on the roof structure from the outside can usually be absorbed by a gable roof without any problems. With a large building depth and a correspondingly large roof span, the loads, especially on the ridge and the rafter base, can quickly become too great. So if the roof pitch is low - let's say: less than 20 degrees - then the purlin roof is definitely the better alternative.

Large roof overhangs are also difficult with a gable roof for static reasons. Since all loads have to be borne completely by the rafters, their spacing must not be too great. The installation of larger dormers or skylights therefore quickly encounters structural obstacles in the rafter roof. The purlin roof is much more flexible here.

Advantages and disadvantages of the purlin roof 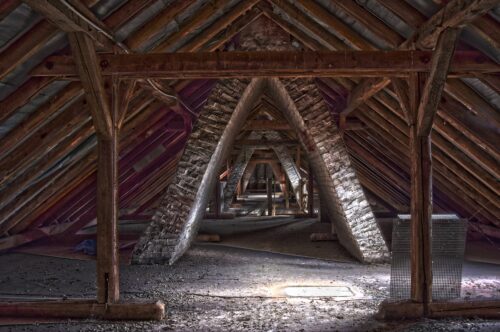 The purlin roof is more stable and resilient because the loads acting on its rafters are carried by the horizontal purlins and their supporting pillars. It can be built flatter and with larger spans than a simple rafter roof. It enables larger rafter lengths, roof overhangs and roof openings (windows, dormers).

Disadvantage: The supports take up space in the attic. Whereby visible wooden posts are of course perceived by many people as a visually appealing part of the room design. On the other hand, the fact that more wood is needed for purlin roofs (purlins, supports) cannot be glossed over. That usually makes them more expensive than rafter roofs.

When it comes to purlins, a distinction is made between ridge and foot purlins. The ridge purlin is the support surface for the upper end of the rafter, while the two foot purlins serve as supports for the rafters in the eaves area. So-called central purlins are also often installed. As their name suggests, they are halfway up the middle of the rafters. In the case of roofs with large spans, additional purlins are of course also possible.

Number of rows of pillars

And where are the pillars now? That depends on the type of purlin roof. The single-standing purlin roof is usually used for spans of up to 10 m. In this case, only the ridge purlin is supported, so there is only one row of columns in the middle of the roof structure. How many supports are used depends on the total length of the roof. In addition, the general rule is that purlins can alternatively be supported by load-bearing walls. So it doesn't always have to be wooden beams.

The double purlin roof is recommended for spans over 10 m. It does not have a ridge purlin, but has two central purlins, under each of which there are supporting pillars (or retaining walls). So there are two rows of pillars in the attic. If the span of the purlin roof is more than 14 m, a triple roof structure is often erected. In the attic there are then three rows of supporting pillars: under the ridge purlin and under the two central purlins.