After their musical success, BTS could soon also make a political difference: The WHO Director General Tedro Adhanom Ghebreyesus has now officially invited the K-Pop sensation to the next World Health Assembly.

In the past, the K-Pop band has done a lot for charitable causes. For example, BTS recently donated around 85,000 US dollars to the students in the South Korean province of Jeolla-do. And the “Black Lives Matter” movement was also supported by the boy band in June with USD 1 million.

So it's no wonder that BTS behaved more than exemplary even during the current coronavirus pandemic. So they not only followed the well-known safety recommendations themselves, but also repeatedly reminded their fans to wear masks and to keep to the prescribed safety distances. Tedro Adhanom Ghebreyesus, who in addition to his position as a politician is also a biologist and immunologist, seems to have noticed positively.

"I heard that you and the rest of the #BTSARMY would like the public health sector & #BTS to work together," wrote Ghebreyesus on Twitter, "I am therefore delighted to invite BTS to the next World Health Assembly with 'Dynamite'."

So far, the K-Pop band has not yet officially commented on the invitation. In the past, however, BTS have spoken to the United Nations - so the likelihood of appearing at the World Health Assembly is not all that small.

You can find out why K-Pop is more perfect pop in our story from ME 09/20: 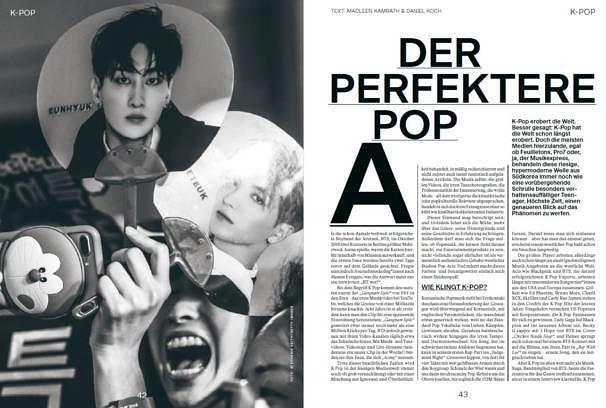