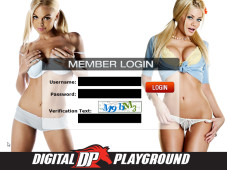 The Digital Playground servers: as accessible as the ladies of the trade?

72,000 records stolen
While the visitors to the "digital playground" usually loosen their belts, the operators were now without pants: the hacker consortium claimed to have stolen the passwords and email addresses of 72,000 friends of light entertainment - including a surprising number of addresses with the ending .mil (military) and .gov (government). There are also around 40,000 credit card details.

They just want to play
In either case, greed probably doesn't play a role. The data has not yet ended up completely on the Internet or served as a basis for fraud. Instead, on page 26 (of 29), the confession of the young hackers says: “We will not publish or use them because we love the game and not the profit.” But one should remember that it is “The Consortium “Who handles this easily accessible data so responsibly - another group might be less squeamish about it. (cs)
<?