Avoid going to the doctor

Men: Why they don't like going to the doctor

Watching football instead of the waiting room? What motivations men really have when they postpone necessary visits to the doctor forever. When it comes to visits to the doctor, men are still considered rather reluctant, even in Germany.

The deep red swollen insect bite? Will go away on its own. The dry cough that lasts for weeks? No need to worry. When it comes to visits to the doctor, men are still considered rather reluctant, also in Germany.

Why don't men go to the doctor?

Why is that? A survey from the USA followed up on this question. On behalf of the Orlando Health Clinics, pollsters wanted to know from participants which statements speak against arranging an annual general practitioner appointment. Men between 18 and 44 in particular agreed with the statement that they were too busy. Many also expressed fear of a bad diagnosis and did not want to endure unpleasant examinations, for example on the prostate.

No time? Excuse is inexcusable

The US urologist Jamin Brahmbhatt said that the no-time excuse was “inexcusable”. Men can spend several hours a week watching sports, so they should be able to find time for an examination, he says. Is there also reason to worry about men in Germany?

Many are afraid of the diagnosis

Probably less: "It is observed again and again that some patients and especially men do not go to the doctor because they are simply worried about the diagnosis," explains the spokesman for the German Association of General Practitioners, Vincent Jörres. It is important to have a "long-term relationship of trust" with the doctor - this makes it easier for patients to address certain complaints.

For Germany, however, there is good evidence that waiting times at the doctor's place are a deterrent, said Theodor Klotz, chairman of the Men's Health Foundation. They wanted to avoid long periods of time with people talking about illnesses. Successful preventive practices would therefore offer appointment consultations.

Men go to the doctor late

Men also have a different body feeling than women: The body is viewed more as a tool, said Klotz. Experts agree that men go to the doctor relatively late: when something hurts a lot and it really has to be.

In the majority of cases, it is the women who send their husbands to the consultation hour, said Gerd Thomas from the German Society for Men and Health. According to him, self-assessment fluctuates enormously depending on gender.

Men rate their own health as good

In the Men's Health Report 2014, experts from the Robert Koch Institute came to the conclusion that men more often rate their health as good or very good. Possible explanation: Men notice physical symptoms less or talk about them less.

However, experts also see generation differences: While a traditional understanding still prevails among the over-70s, this has changed among the health-conscious 40 to 60-year-olds in the past 10 to 15 years: the taboo has now been removed from visiting the men's doctor or urologist said Klotz.

Viagra effect as a door opener

For Klotz, the change has a cause: He speaks of the “Viagra effect”. The introduction of the blue pill in the 90s was a door opener, so that more men with erectile dysfunction sought medical treatment and causes such as depression or obesity were recognized. "Before that, the man had to work," says Klotz. Impotents were sent to a psychiatrist.

Dealing with health costs a lifetime

Dealing with their own health also costs men a lifetime - how much is not known exactly. Statistically speaking, women live five years longer than men. But that has a lot to do with living conditions: Men die younger because they live more risky professionally and privately. In a study of the life expectancy of brothers and sisters in the monastery, women lived only one year longer, as Klotz said. In his opinion, men are also catching up in "normal" life.

Women have the same excuses

The US survey shows that the sexes do not differ so significantly in the end: There was almost agreement between women and men about the most important reasons not to see a doctor.

Frischepost delivers fresh groceries from small farms and manufacturers in the Berlin-Brandenburg region directly to your home or workplace. more 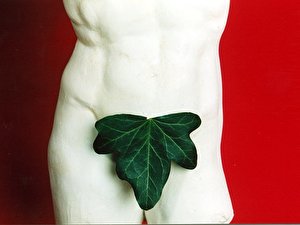 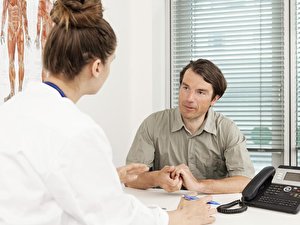 Medical checkups can save lives. Men in particular sometimes shy away from it a little. However, this is not a good idea. more

Wellness and relaxation for all the senses

Whether a visit to a thermal bath or restaurant, a wellness treatment or an overnight stay in a hotel - with the Spreewald Therme voucher you decide on your individual wellness package. Order online now! more

Appearance is an important feel-good factor: addresses for everything to do with beauty in Berlin, from hairdressers to waxing studios. more

The most important food and nutrition fairs in Berlin with dates, descriptions and directions. more