Is there a fairy tale novel for beginners

What is so irresistible about fairy tales?

Perhaps that one never grows out of them, that they don't become “uncool”, but can be told in dark, subtle variations for adults as well as in brightly colored, adventurous ones for children. And maybe also that you were never too small for them, that you could read, hear or look at them in all their magic, their riddles, their cruelty, without being referred to that mysterious time in the distant future, “if you're big enough. "
Michael Ende's story of Momo, the child who brought people back stolen time, is a fairy tale novel. Without an indication of age, allowed for every moment in our life. Presumably that is why it has been read for forty-five years - by now more than seven million people around the world.
For Momo, it doesn't matter how old someone is, what job they do, whether they're top of the class at school or have a fortune in the bank. In the dilapidated theater ruins in front of the city where she has made her home, everyone is welcome - he does not need to present his passport or tax return, he does not have to pay an entrance fee or bring anything with him - just a small handful of priceless time.
It is therefore not surprising that Momo has many friends.
A friend who is just happy when you come over, regardless of whether you have combed your hair, whether you are in a good mood or need someone to cry on, whether you want to stay for an hour or the next two weeks, who wouldn't have it gladly?
But Momo can do something else that characterizes good friends - something that countless people believe is not worth mentioning, even though they themselves fail miserably.
Momo can listen.
In such a way that everyone who tells her something feels how a wonderful feeling grows in him - the feeling of being a very special and important person.
We are all such very special and important people. And when we all sit down on the stone steps of the old theater and wait a little while, Momo sits down with us and the story begins.

Find out more about Momo and her friends by clicking on their picture! 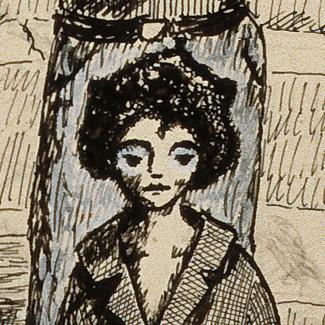 Nobody knows where Momo came from, possibly not even herself. One day she was just there for her friends with her wild head of hair, patched skirt and always open ears - like so many things that we only notice how lovely they have become us when they disappear from our lives. 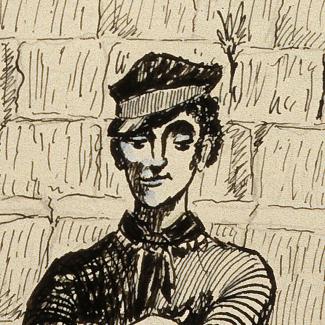 All of her friends are important to Momo. But two of them, one young and one old, are a little more important. The boy is known by the name Gigi tourist guide, and the way Momo can listen, Gigi can tell. It cannot be said whether his stories are true or made up. For Gigi, there isn't much of a difference between the two. 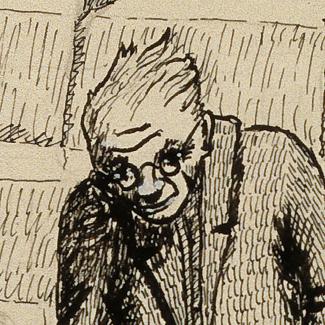 Beppo is the second of Momo's special friends. He loves his work and the early hours of the morning when he has time to devote himself to this work. He sweeps the streets with his broom, does it slowly and thoroughly, and knows that if you rush, the long road won't get any shorter. You can only think of the next stroke of the broom, then you don't even notice that you are finished all at once. 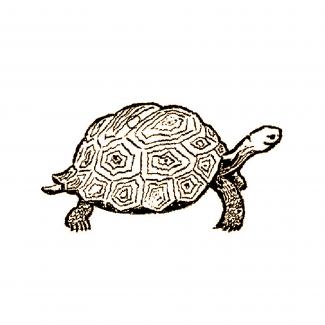 Momo can listen, but Cassiopeia cannot speak. No wonder - she's a turtle. But because Momo gets involved with her and really wants to know what her new friend has to say to her, the two find a way to communicate at the crucial moment. 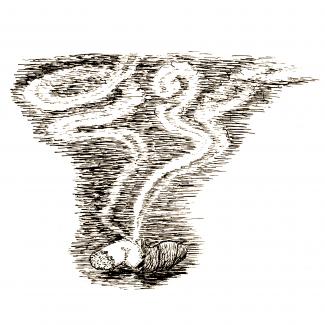 It's a bit like the flu with the gray gentlemen: early in the morning you happily go out to meet your friends, and an hour later you lie in bed with chattering teeth. The gray gentlemen make life as gray as they are: gray suits, gray hats, gray faces and gray thoughts. And nobody knows how to get over them. 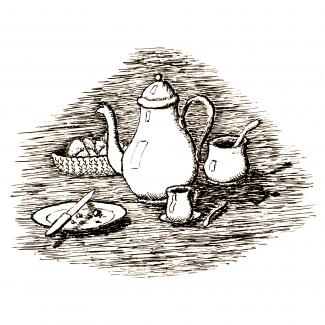 No, we won't reveal who that is. Maybe you already know it yourself, and just don't know yet that you know it? In fact, all of us know Master Hora. We only forgot to listen to his quiet voice in the noise and rush of our everyday life.
<?