What Youngstown Ohio is known for

Trump, Ohio and the Great Depression

Youngstown, Ohio was once a relatively wealthy city. Tens of thousands were employed in the steel mills that stretched 40 kilometers along the Mahoning River in the northeast of the US state. The blast furnaces ran 24 hours a day, puffing black smoke and a sulphurous stench into the sky.

Today the air in Youngstown is clear again. The noise of the metal processing companies has long been silent: the steel industry collapsed as early as the 1970s. People left with work. The population of Youngstown fell from around 140,000 in 1970 to less than 65,000 today. Bruce Springsteen wrote a painful song about the state of the city after the industry was gone.

Traditionally, Youngstown's white workers were staunch Democrats. But now many there are betting on the Republican Donald Trump. Its promise to solve the problems with protectionism is caught in the American "Rust Belt". That could be a good omen for Trump. In Ohio, the 28 of the last 30 presidential elections were won by the candidate who later moved into the White House.

"Trump is the only candidate who does not come from the political establishment," says Justin Summer, a 22-year-old bartender at O'Donold's Irish Pub in Youngstown. "Neither the Democrats nor the Republicans did anything for us. If Trump wins, he will make a difference. We just want someone here to do something for us." Tom Burnbrier, a retiree and former insurance salesman, agrees. "We need change. The Democrats ruled Youngstown for years and it's only got worse."

Traces of Youngstown's glory days can still be seen in the posh 20th-century buildings along Federal Street. But instead of fine shops or good restaurants open here, most of the houses are either empty or they are used by beverage dealers or moneylenders. The latter are mainly aimed at early release prisoners looking for money for bail. In their distress they pay high interest for it. Entire blocks of streets are deserted. 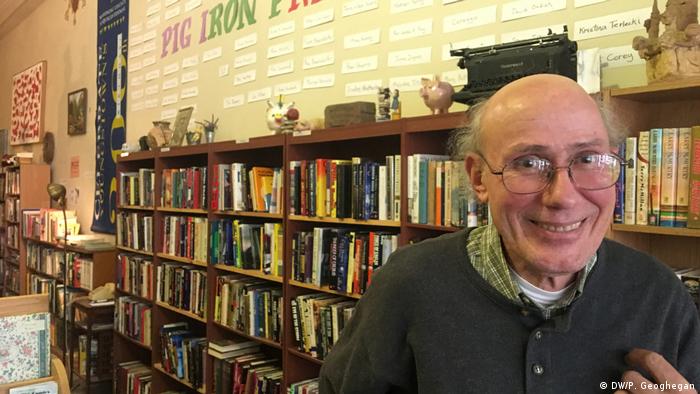 One of the few splashes of color downtown is the Pig Iron Press bookstore. The shop window is currently decorated with election posters advertising the Green candidate Jil Stein. Shop owner Jim Villani is campaigning for the party, which is the third but hopeless force in the race for the White House. "Republicans and Democrats stand for lies and deceit - this also applies to Trump and Clinton," says Villani amid old paperbacks and stacks of light green brochures. "Clinton has some progressive ideas but is dependent on the rich and powerful. We don't need more wealth and power in government."

The biggest problem in Youngstown isn't politics or jobs, however. It's the drugs. The city, and especially its run-down suburbs, has a huge number of heroin addicts - with devastating consequences for Ohio and the entire Midwest. In late October, 11 overdose killed 11 people in a single Mahoning County county alone over a weekend. The drug problem has its roots in the late 1990s and early 2000s. It was then that pharmaceutical companies were launching new opiate-based drugs. The pain medication, it was said, was not addictive. But the reality was different.

"There were teenagers who had sports injuries and were getting new medication," says Brenda Heidinger of the Mahoning County Health Center. The drugs were prescribed by pain clinics that were hardly under supervision. According to Heidinger, the young people felt comfortable after taking them and distributed the funds to friends. Many became addicted and soon started using heroin, which was much cheaper at dealerships. 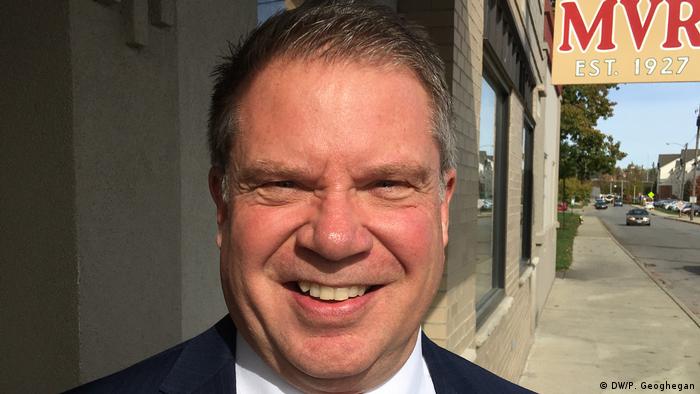 Alcoholism is also a problem in the city. Around 650 people regularly come to the Neil Kennedy Clinic for advice with this problem. A handful of people are smoking in front of a housing project at the end of a suburban street with boarded-up houses. They pulled the hoods of their hoodies down over their faces. Still, you can tell that most of them are young, well dressed, and white. Not exactly the typical image of urban drug addicts. "When I started my job 19 years ago, the average junkie was 35 and cracked," says Judge Jack Durkin, who heads the Youngstown Court Drugs Division. "Now the average age is 23 and they are addicted to opiates or heroin."

Durkin is a Democrat, but he knows why Trump is so popular in the city. "The people from the middle class have lost confidence in the previous governments." Many would have voted for the Democrats here earlier. "But now they are unsure and are wondering whether to vote for Trump," said Durkin.

Youngstown is showing the first signs of recovery from the great recession. The unemployment rate has fallen from 17 to just under 8 percent over the past six years. But there are signs of victory for Trump in the large shopping centers at the gates of the city, where many people go to eat and shop.

Adam Brite has just finished his lunch at "O'Donold's". The 28-year-old voted for Obama in 2012. But he wants to stay at home next Tuesday. "I'm very disappointed. I don't like Trump, but I can't bring myself to vote for Hillary either." How many people feel like Britons could ultimately make the difference in this unpredictable choice.