The UK has had tuition fees for nearly twenty years. They can amount to up to 9500 euros a year. Has the system proven itself - or is the German one better? A comparison at the universities of Exeter and Jena. 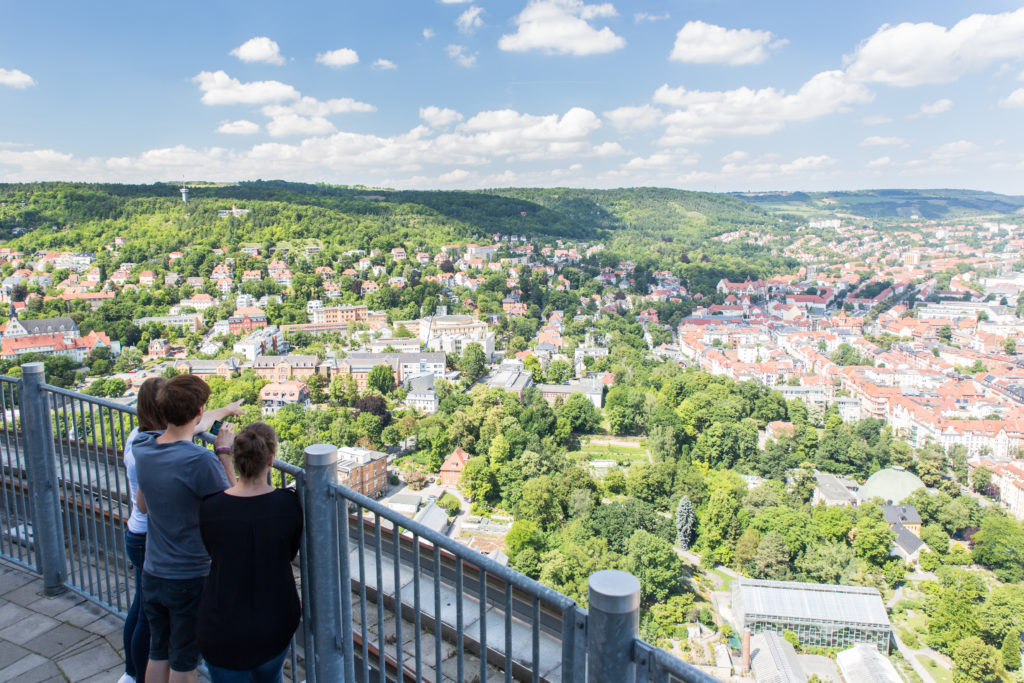 © FSU Jena / Daniel HofmannView of Jena from the Jentower. In spite of the declining birth rate, the number of students remains stable.

The winter semester is always the semester of upheaval in German university towns. Apartments are being closed and newly moved in, disoriented students wander around the campus in search of the right lecture hall, and the city's advertising spaces invite you to enroll. At the same time, there are again loud complaints about how expensive life outside the parental home is. Rent, groceries, electricity - even the printing costs are calculated precisely. Germany is one of the few EU countries where there are no tuition fees and the state relieves students of a financial burden. Students in France, for example, pay around 200 euros per year and in the Netherlands even 1,906 euros.

However, England is first among the EU countries with tuition fees. English universities can get up to 9500 pounds, the equivalent of 10,100 euros, from their local students per year. This is the amount that EU students will pay until Brexit comes into effect - then they count as international students who have to pay £ 10,000 for a Bachelor's degree and even a whopping £ 20,000 for a Master’s. English students, on the other hand, currently pay £ 12,000 a year for a Masters.

“In the past, studying was an opportunity for young people to invest in their future. That is still the case today, but students increasingly see themselves as customers of the university, ”complains Oenone Thomas, project manager at Exeter and Heart of Devon - Employment and Skills Board (EHOD ESB). The partnership works with employers and business founders and aims to improve employment in the English state of Devon.

Do you want to study? Then you deserve it!

Up until 1998 universities in England were financed in the same way as German universities: with state and taxpayers' money. English students could (and still can) apply for financial support for housing and life support - similar to our BAföG, with the difference that if the student earned more than £ 21,000 annually, the entire cost had to be repaid after graduation. If the money could not be repaid within 30 years, the debt would lapse. "During this time, however, only 60 percent of all students were aiming for a degree," says Thomas, who at 60 years of age still falls into the generation without tuition fees. The majority of students dropped out or changed subjects several times without actually working towards a degree. 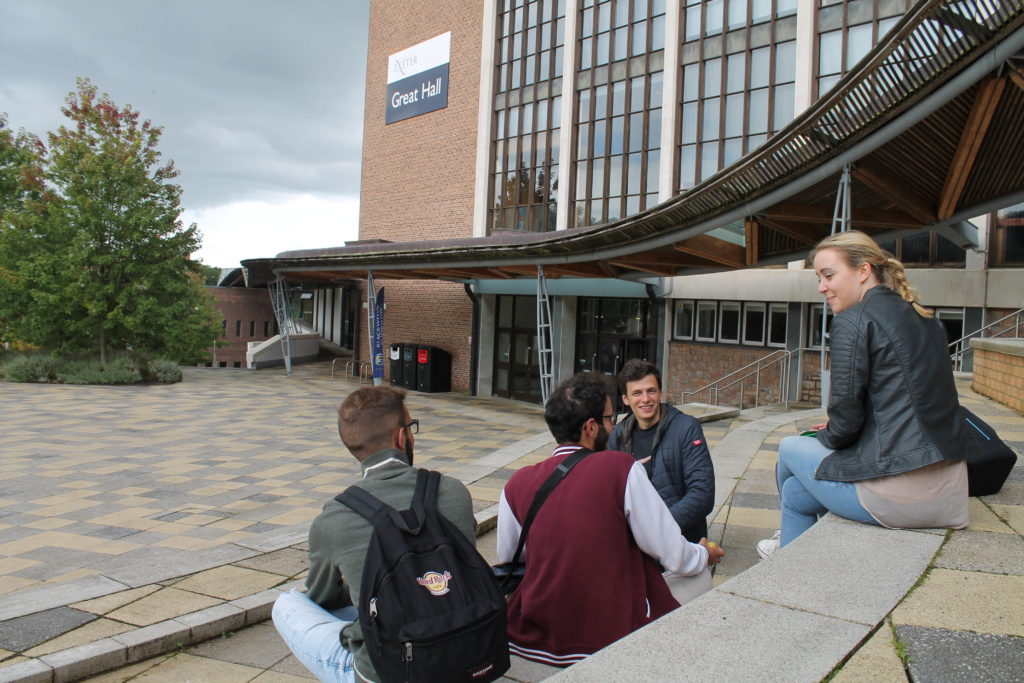 The university in Exeter is one of the best in England. Students pay up to £ 9500 a year here.

So in the following years the government worked on a campaign that was supposed to relieve taxpayers on the one hand and send a clear message to the students on the other hand: you want to study? Then you deserve it! Students serious about their studies would be able to raise the money, so fees were raised to £ 3,000 a year in 2006 and £ 9,000 a year in 2012.

A little too much of a good thing, one might think, but a course of study is not just made up of the one chair in the lecture hall on which the student is allowed to sit. The cost of a degree is made up of a mountain of administrative, personnel and teaching costs, and in Germany they are probably not less than 10,100 euros. Here only the taxpayer pays and the student only pays a minimal contribution per semester.

At the Friedrich Schiller University in Jena, where I normally study, this contribution amounts to 193 euros. It includes semester tickets for local and regional transport in Thuringia, as well as a basic fee for the student union and 7.00 euros for the student body. All costs that, according to the Thuringia Student Union, “should fulfill social tasks for the benefit of the students”. So we Germans are allowed to continue studying just as the English were until 1998. Does that mean that universities in Germany are also often used as a break and students do not recognize the value of studying themselves?

Does a student who is studying German in the 4th semester and who previously dropped out of a Bachelor in Maths in the 5th semester and before that his studies in Business Administration in the 2nd semester really spend his time at the university? In any case, the high costs prevent students from dropping out of their studies or shifting subjects back and forth in England. Anyone who thinks they have to drop out of university after three years of university would have already invested 27,000 pounds by then. In addition, not everyone who wants to study gets a place at the university. The waiting lists are long. 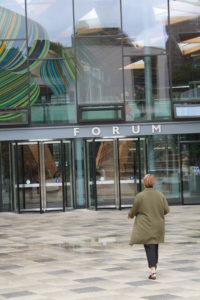 © Citizens The forum of the University of Exeter was opened in 2012 by the Queen herself.

The selection processes at English universities lead to a competition between school leavers, which begins on the day of their graduation. On this day you will be enrolled at UCAS, an abbreviation for Universities and Colleges Admission Service. All universities in the country have stored a profile on this platform, which contains the most important information about themselves, the subjects of study and the requirements for the students. In return, the students create their own profile, upload their last school reports, a curriculum vitae and certificates and also provide a personal statement as to why they want to study which subject. The universities then have access to this and can get a first impression of their possible firstis.

In the second step, the students check which university meets their own requirements. "Depending on the financial situation, the rents in the respective city usually play a major role," says Oenone Thomas. However, travel options, cultural offers and the university's research facilities also play a role in the decision. Finally, the students put together a list of five universities that could be considered for study. Normally, according to Thomas, two universities in the Russell Group and three universities outside this group would be chosen. The Russell Group is that famous circle of universities that includes those with the best research institutions in the country, including Oxford and Cambridge and, since 2016, the University of Exeter. These universities are allowed to charge their students up to £ 9500 a year.

In order to be accepted, however, it usually takes more than a good explanation. The students are told between three and five subjects in which they have to achieve certain grades prescribed by the university. Without these grades, there is no entry into the university. Half a year before the winter semester starts and the students know whether they will achieve the required grades or not, the universities' wish lists are then reduced to two, to which they then officially apply. If the grades and the application letter are correct, the student must then defend his personal statement in front of a jury. The aim is to find out, for example, whether someone wants to become a surgeon because the job is well paid or because they are genuinely interested in saving lives. Actually understandable - or not?

Professor Schmitt-Rodermund from the Department for Academic and Student Affairs at the University of Jena explains why it is different in Germany: "You can only choose if you have to choose because of the high demand compared to a small offer, according to the legislature." This follows from the right to "freedom of education". 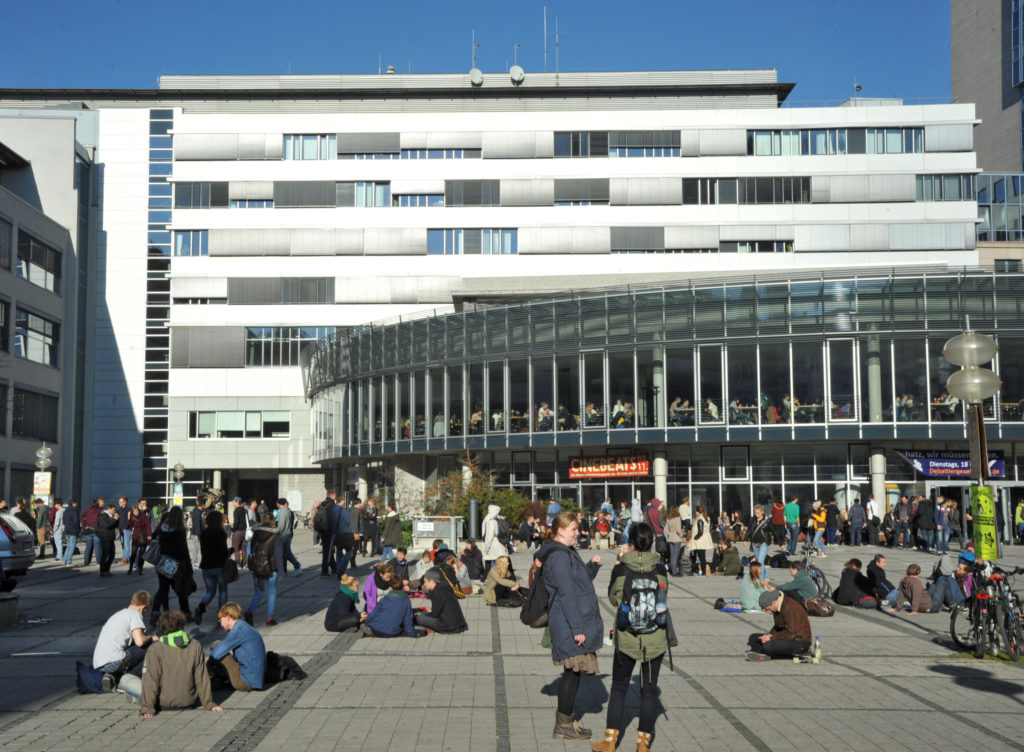 © FSU Jena / Anne Günther The campus of the University of Jena. The semester fee is intended to fulfill social tasks for the benefit of the students.

Of course it is understandable that England does not burden its taxpayers with perpetual students and still wants to put a seal of excellence on education at a university by choosing precisely who is allowed to study what at which university. However, in the English university system, the education of as many people as possible is clearly valued significantly less for society than in Germany. In England it is asked whether the student is worth studying.

"Of course there are students who are not interested in the seminar or the lecture, who no longer attend the event and who work on the examination material in other ways," explains Schmitt-Rodermund. That would be a problem for you as a teacher insofar as you can no longer maintain the quality of your seminar if the participants only show up sporadically. "On the whole, however, students, regardless of their subject, are taught a number of social skills during their studies that help them in many professional fields," says Schmitt Rodermund. She cites analytical skills and experience in problem solving as an example. After graduation, students may not work in the occupation they once aspired to, but they would, according to Schmitt-Rodermund, "get on well".

That much is certain, German students can consider themselves lucky in the current situation simply because of the lack of tuition fees. Or is there an even better system?

Tags: tuition fees, study in the UK, University of Exeter
To press
Send post by email

An error has occurred. Please check your entries.