The Path of Glory is one of the new strategies to take over districts and win a game in The Settlers. You can recruit heroes, train them and then send them into arena battles. For fame and glory!

If you want to recruit a hero, you must first build the "hero barracks". The hero and his training partner live, train and eat here.

It is important to note that your hero is coming from your colony ship. So if you build the hero barracks far in the country, the hero must first walk there for a while; if you build them again on the coast, the way to the arena will be longer.

You can currently recruit heroes from 3 different schools:

"The School of the Beak" fights with swords

"The school of grippers" fights with clubs and maces

"The School of Claws" prefers heavy weapons such as axes

When heroes have enough to eat and are not preparing for an arena battle, they can be trained. The training improves attributes, which in turn influence the hero values, so that your hero can take more, deal more or avoid the opponent better. 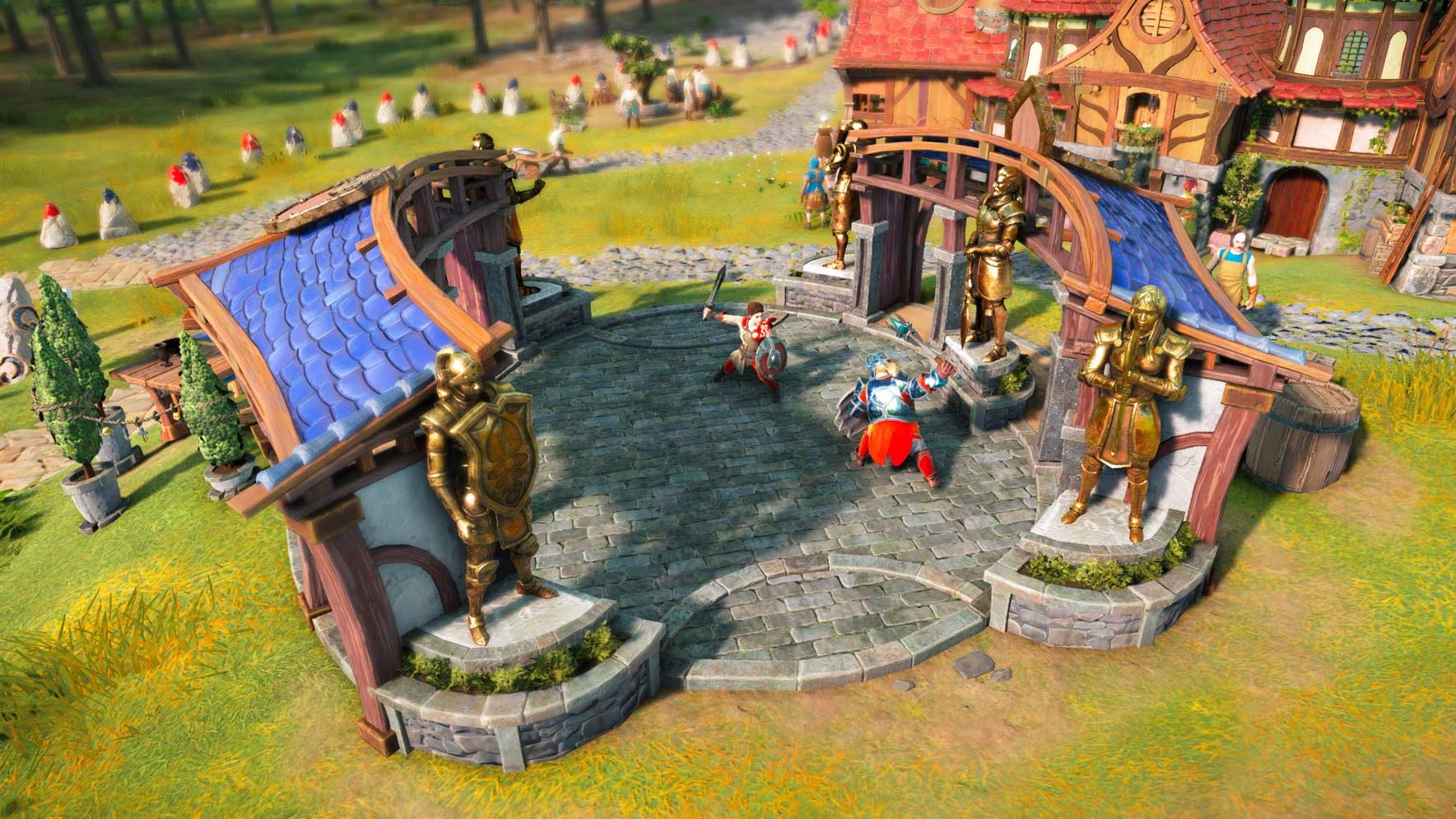 To host a tournament, you need to build an arena. This requires enough building space and a lot of resources. If you choose to follow the path of fame, your production infrastructure should be ready for it.

Once the arena is ready, two workers will take up the job of heralds here. If you want to host a tournament, you have to select the arena, choose one of your heroes (if you have several hero barracks) and then choose a location in the player's territory that you want to challenge. Your hero will immediately make his way to the arena and wait there for his opponent to arrive.

In the meantime, one of your Heralds will go to the point you have previously selected and announce the tournament there. Settlers will stop working, gather around him, and then follow him back to the arena, where they will fill the stands. In this way, just announcing a tournament has an impact on your opponent's economy.

The player can decide whether to accept the challenge and send a hero - or to give up straight away. If a hero is chosen, he or she will also join the herald. In the meantime, your other herald will announce the duel in your territory, and idle settlers will make their way to the arena to cheer on your hero. 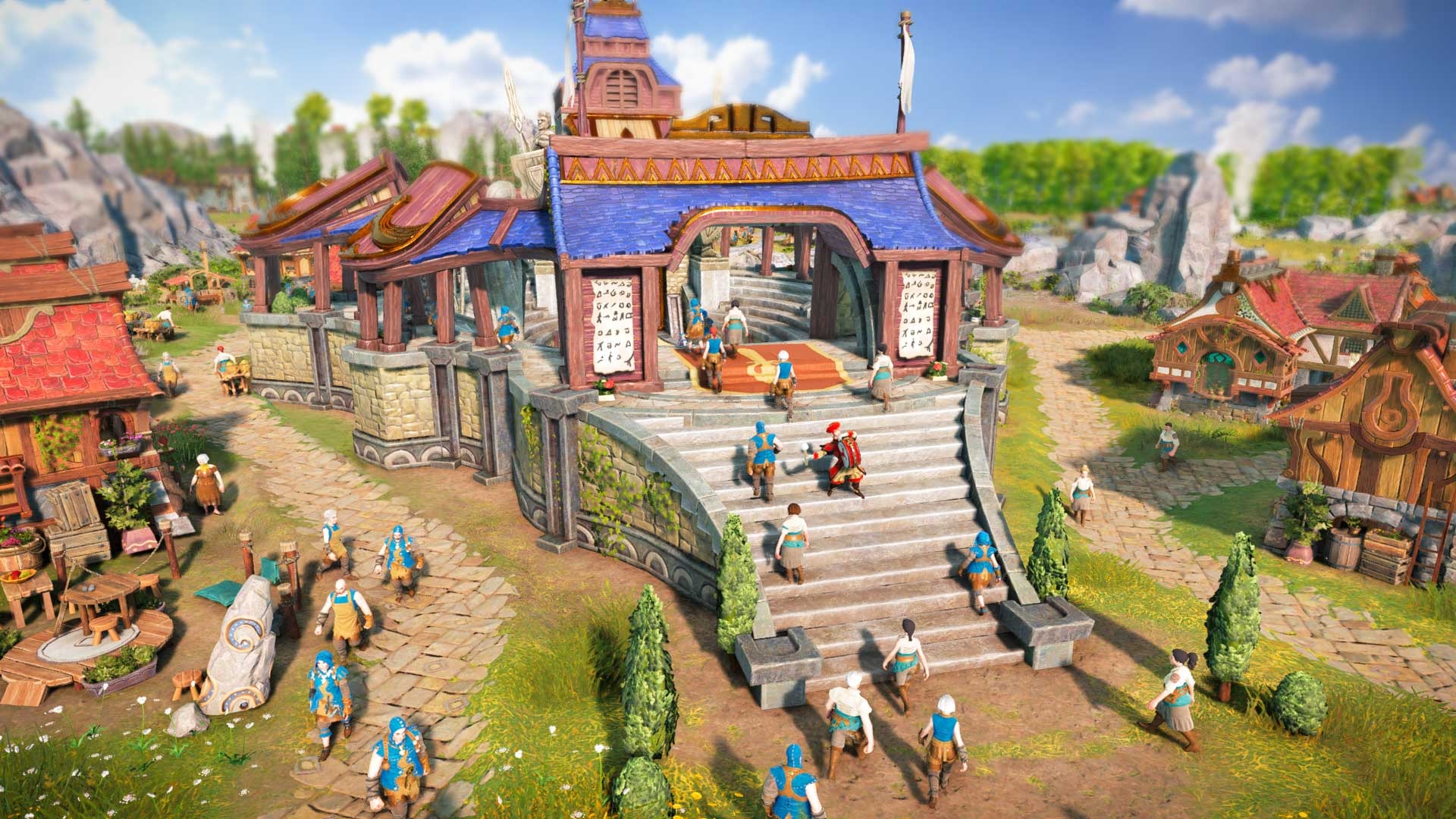 As soon as all spectators and both challengers have arrived, the spectacle can begin. The heroes will exchange blows, parry and counter until one of them is defeated. As a result, some of the viewers of the victorious hero will gain confidence in their ruler, while viewers who supported the loser will lose confidence in their ruler. Low trust settlers become insurgents, which can lead to revolutions - but more on that in the next Dev Blog. 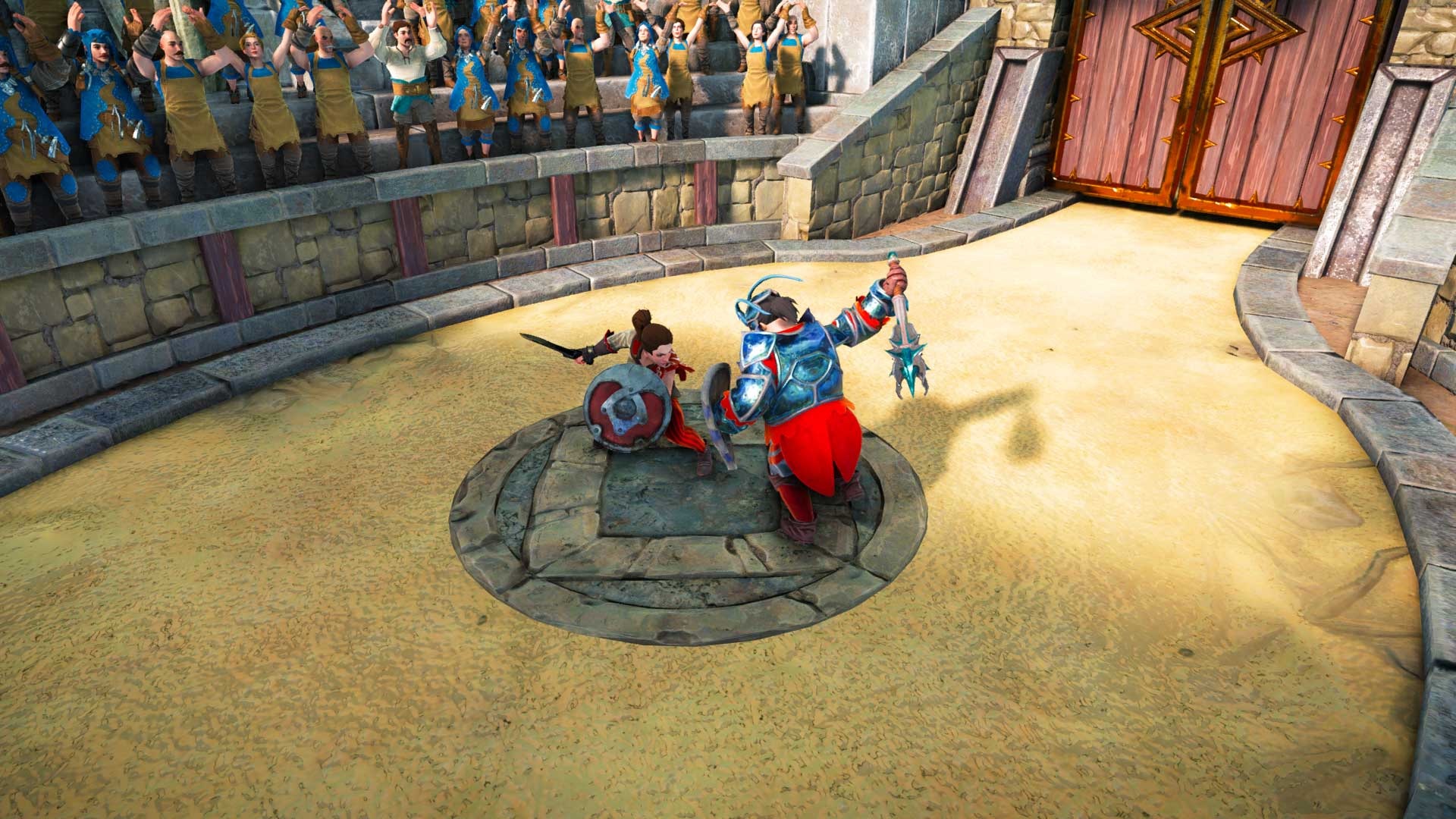 If your opponent declines a challenge, your hero's trainer will take on the role of the opposing hero in the arena. Your hero always wins such an exhibition match. Your Herald will still bring in your opponent's settlers as spectators - and they will be absolutely unhappy. In fact, they'll find it worse than watching their own hero lose.

If you want, you can also invite the settlers of an ally to an exhibition match between your hero and their trainer. All viewers receive a confidence boost at the end of the fight. This can help your settlers forget a past defeat or prepare for a future one.

Statues can not only be built to honor your heroes, but also as a countermeasure to reassure the settlers who watched your heroes lose. From time to time against settlers with a low trust value in one of these statues to ponder and "heal".