Which popular games are cross-platform

Posted on by Hannes - Gaming.Filed under General. Total of 2 comments in the discussion.

Crossplay is a popular computer game application that is gaining more and more followers. Crossplay means playing a specific game across platforms. This means that any player can play with or against others using the same or a different platform. Platforms are the PC and game consoles such as Play Station (PS4), Nintendo Switch, Xbox One or others.

How does it work?

This type of game supports so-called multiplayer games. For example, 2016 counted Gears of War 4 or Forza Horizon 3 to the first crossplayable games. Game accounts, which are a prerequisite for the games and platforms, are important. Some memberships are chargeable. When buying, make sure that the game consoles are cross-playable.

After setting up an account, friends are invited to the game via contact lists and can play along. The Battle Royale game is particularly popular in 2019 Fortnite.

Important: Cross Save and Cross Buy

In addition to the term crossplay, the terms cross save and cross buy must be observed. Cross Save is important for those who play the games on multiple platforms. Cross Save shows the game's save status on all devices. With Cross Buy, the games you buy work on all platforms. For example, a game designed for Nintendo Switch can then be played on PC or Xbox.

What difficulties are there?

Crossplay basically works, but still has teething troubles and technical and business problems to eradicate.

Crossplay has only been around for a short time and doesn't always work smoothly between all platforms. This is due to the different programming and the computer architecture and performance of the game consoles. The different control options (controller / mouse) are also a limitation. This sometimes gives some players advantages.

Another problem is the internal chat to talk to fellow players. This is not a problem within the same platform. Some mobile versions do not offer chat. Players have to switch to Skype or other apps as an alternative.

Many gamers want more cross-play options for their consoles. This is a software development issue. Not all manufacturers can respond to this request. Small manufacturers in particular come under enormous pressure as a result, because the development is risky and extensive. It is difficult to guarantee long-term gaming capabilities if something is constantly being changed. Sony therefore hesitated until 2018 before Fortnite and Rocket League finally developed in the crossplay version.

In addition, many business agreements between the console manufacturers are necessary. These are complicated because of different security measures and the financial aspect. Every manufacturer wants only their own games to be bought and used on their consoles.

Which games are popular?

The most popular games are regularly determined by various platforms, computer and game magazines or on the basis of sales figures.
In February 2019, the Gamestar portal presented the 15 most popular games. The information behind the game shows the crossplay possibilities.

The most popular games of 2019 according to Gamestar

Which consoles / computers can be connected to each other?

Basically, the platforms Playstation 4, Nintendo Switch, Xbox One, Microsoft Windows, Mac, Android and iOS can be connected to each other. But not for all games. Sony, the manufacturer of Playstation and matching games, has been reluctant to offer its games across platforms for security reasons.

The main point of contention was the popular game Fortnite, which now works across platforms in an open beta version. During the game, the players do not notice which consoles their opponents and colleagues are playing on. It is only noticeable when players from other platforms cannot be added to the contacts.

Where are the 10 most popular games playing?

For joint games, it must be clear beforehand whether the players' platforms are compatible. The following games run on the following platforms (in alphabetical order):

Xbox One sells games labeled "Play Anywhere," which is not the same as cross-play. It is said that the games will run on the console and Windows 10 after purchase. “Play Anywhere” applies to single player and multiplayer games. Chances are these games will work on consoles too. For example, this works with "State of Decay 2" and "Sea of ​​Thieves". Check compatibility before purchasing. 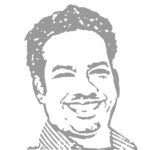 We are product managers, customer advisors, returns processors, administrators and technical experts at okluge.de. It is our daily job to know which products make sense, what to consider when installing and using them and which mistakes to avoid. It is a personal concern of all of us to make our know-how available to you here in the blog at any time. Please write to us if you have any suggestions or questions.

View all articles by Hannes - Gaming
<?