How does college work I'm confused

Before departure
I would like to take this opportunity to firstly thank CollegeCouncil for the great support. Without you, I could never have made this trip. During my stay in the USA, the agency was always at my side if I had any questions. I still remember how it started with me. I flew from Düsseldorf Airport on a Wednesday. Already at the check-in I had a queasy feeling because the machine was only 50% occupied. It was clear that it was due to the Corona crisis, but I still flew to gain experience in the United States of America and I definitely didn't want to miss this opportunity. My queasy feeling was not only due to Corona, of course I thought about whether I could get along with the language, especially in my internship school and also with my host family. 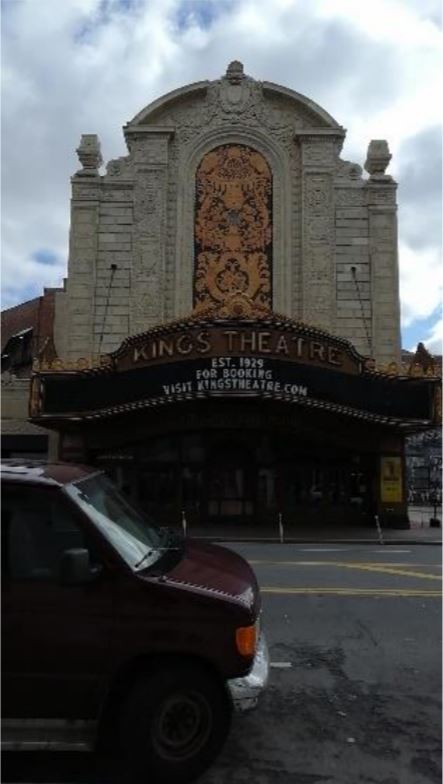 When I arrived in New York, I took a taxi to Brooklyn to see my host family, I was very nervous, but the family that accepted me were so warm and nice that they invited me to dinner that same evening to have. I only knew my host family through photos, but quickly realized that I would be very well there. My internship at the German School Brooklyn only started the following Monday, which is why I had enough time to get to know my host family and explore Brooklyn and New York City. This picture shows the Kings Theater in Brooklyn. Like many things in New York, it was closed due to the Corona crisis. For me this sight was the symbol of my journey. Despite my discomfort, I was always able to turn to CollegeCouncil, which also gave me the confidence to continue. The Monday of the following week marked the start of my internship.

My basic experiences in New York City
What was particularly noticeable in the city were the numerous restaurants and chip stalls. The number of shops was simply overwhelming. The city is so enormous that even after my stay I cannot say that I have seen it all.

My experiences at GSB
The start of my internship was just around the corner, I was so excited that I got there over an hour beforehand. I was immediately welcomed with open arms and after a short introduction, I was able to observe the classroom at the German School Brooklyn and support the teacher. The school does not have its own playground, which is why we accompanied the children to a nearby park. Here, too, I was allowed to help and help with supervision. In general, teaching at the GSB was understood differently than I was used to in Germany, but this was not necessarily worse, but a new type of teaching that I could add to my teaching. All colleagues were very nice, which made me feel like part of the team on the first day.

My leisure time
Due to Corona, all museums and other places were closed, which is why I spent a lot of time with my host family on the weekend. Unfortunately, my travel time was not the best, but I still used the time as well as possible, especially with sports.

My early return
In my 6th week in the US, the GSB was closed indefinitely, which is why I returned earlier. I've spent the past few days seeing as much of New York as possible so that I could take that feeling with me to Germany. The evening before I left, I had one last dinner and game night with my host family. I said goodbye the next day and took a taxi to the airport. I had mixed feelings. On the one hand, I was happy to be able to leave the country prematurely in view of the corona virus, which has spread rapidly in New York, on the other hand, I really enjoyed my time in New York and would definitely like to return after the crisis, gladly again below With the help of CollegeCouncil.

arrival in Germany
When I landed in Germany, I immediately noticed the mood in Germany. The virus had also reached Germany and masks were already part of everyday life. I clarified everything that was necessary with my university and was able to close the USA chapter for now. In retrospect, my brief experience in the States was still a very nice time and it will certainly not be my last stay in the USA. I am glad I chose CollegeCouncil as I was very happy with the support. Thanks again to the entire CollegeCouncil team!